The pelvic floor are a layer of muscles that support the bladder, bowel and uterus in women, and they are easily neglected. As iconic Sex and the City character Samantha Jones says in one episode: “all you have to do to stay tight down there is to tighten and release for ten minutes a day.

“You’re young, so you’ll bounce back quickly,” my midwife told me two years ago, stressing birth and post-partum recovery would be on my side due to being 21 years-old. After a traumatic birth, and being unable to sit down properly until past three months’ post-partum, I feel I may have been an exception to that rule. And then a few months ago I learnt through a rather dramatic sneeze that my pelvic floor aren’t in the best shape either.

As a cis woman, I didn’t imagine having this issue for two more decades – if ever. I’m not the ‘Tena Lady’ age. And whilst it is a problem that affects 1 in 5 women in their 40s, it can affect up to 40% of women regardless of their age. In fact, it may be that younger women just feel too much shame to seek help. Clinical Lead at Hertfordshire Community Gynaecology Service and General Practitioner with a special interest in gynaecology, Nisha Kedia told me: “what we see is the tip of the iceberg really, it is very recognised that a lot of women won’t come forward with this problem.”

Kegel exercises! I’m doing mine right now.” However, kegels quickly descend your priority list when faced with a newborn, which is why Tania Boler created the Elvie trainer, a smart kegel trainer that connects to an app on your phone. Whilst pregnant with her first child, Boler found that the UK was slacking with supporting mothers to rebuild their pelvic floor post birth. “In Asia, women spend a month at home healing their body,” she tells me.

My mum actually gifted me the Elvie trainer while I was pregnant. As an educated mum-of-two, she was aware of how crucial keeping on top of pelvic floor health is post-partum. After using it a few times, it was neglected once my daughter arrived. Last week, I dusted it off.

Inserting the Elvie is easy enough, it’s designed to sit right inside the vaginal opening, tail on the outside to allow for easy removal. On the app, you are met with a variation of challenges tailored specifically for you, Boler mentions Elvie have a data set of 4.5 million exercises, from squeezing as hard as you can to hitting ‘targets’ by pulsing. The competitive side of me wishes there was congratulatory medals, but I suppose not peeing your pants a bit when you have a giggle is reward enough. What shocked me was the results at the end of the workout.

Elvie gives a graph representation of your improvement over time in three categories: ‘lift’, ‘pulse’ and ‘strength’. I was six months pregnant the last time I used my Elvie – a little over a year and a half ago. Whilst my ‘lift’ evaluation remains the same as July 2017, my ‘pulse’ has actually improved. However, my ‘strength’ has declined massively. Whilst I knew this already through the fact my bladder now waits for no one, the Elvie has confirmed this. Elvie measures strength through ‘LVs’ and in July 2017 I could manage 58 LVs at my peak, whereas now, in mid- February I am at a meagre 5.4 LVs – despite using the additional cover for women who have given birth.

It is due to Elvie’s innovative tech, including sensors that can detect if a woman is incorrectly squeezing, that means it is now offered through the NHS Supply Chain. And it is just one piece of technology in the growing industry that is fem-tech. According to Frost & Sullivan, it has a market potential of $50 billion by 2025. Pelvic floor tech, like the Elvie or the NHS’ Squeezy app, not only boast helping to regain better bladder control but also enhanced intimacy. Boler says that young, childless women, are using Elvie purely for this benefit: “there is clear evidence that stronger pelvic floor means better lubrication and stronger orgasms. If young women are doing it just for the sex benefits and they also inadvertently have the health benefits, which stop them from having prolapse later in life, that’s a win-win right?”

However, you don’t need to invest in a piece of tech to do your kegels – although it’s fun. And exercising ten minutes a day, like Samantha Jones’ touts, will bring improvement. Kedia stresses that te pelvic floor works just like any other voluntary muscle: if it can be exercised, it can be strengthened. And if it can be strengthened, symptoms like stress incontinence can vastly improve. “If you go to a doctor about it, the first thing they would say to you is to go away for three months and work on your pelvic floor exercises because they work,” she says. I’m one week into my training and personally, I can’t wait to reap all the benefits. 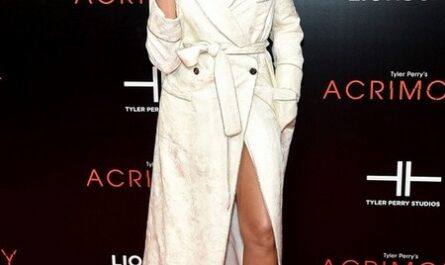 Taraji P. Henson Will Make You Want to Wear a Robe to Your Next Gala 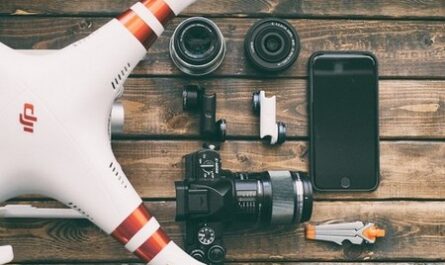