The thing that nobody tells you about hair loss is that, while all those strands fall away, the hair that remains is impacted just as much. As I watched my own hairline falter throughout 2021 due to Polycystic Ovary Syndrome (PCOS), the rest of my shoulder-length hair became completely lifeless.

It couldn’t hold any kind of style. It felt dry to the touch and lacked shine. It barely even had a bend to it.

Thankfully, my hair is now on the mend due to three saviours: a change in birth control, prescribed minoxidil, and Briogeo Don’t Despair, Repair! Rice Water Protein + Moisture Strengthening Treatment. While the former two are responsible for stopping the shedding and promoting regrowth, the latter has helped my hair return to a healthier, shinier, more flexible state — a state that might even be better than it was before the hair loss.

You’ve probably heard about Briogeo’s line of Don’t Despair, Repair! treatments and the Rice Water Protein + Moisture Strengthening Treatment is the franchise’s latest edition, which launched in December 2021. What’s new about it, you ask? This iteration features two separate chambers, one containing a reparative formula, the other containing a hydrating formula. When you push down on the pump, both formulas come barreling out into your hand, where you can mix them together before application. 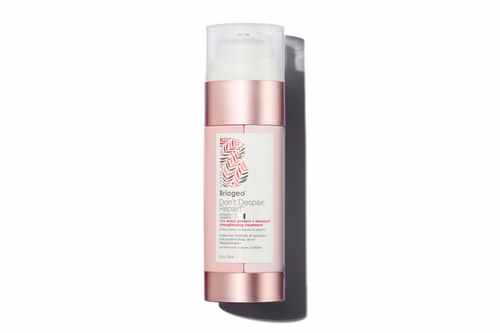 I’ve been using this mask around once per week for six weeks now. After shampooing, I pump five or so times into my palm, rub my hands together to combine the formulas, and run it through my hair before letting it sit for at least 10 minutes. Since I’ve started using it, I’ve noticed my hair has considerably less frizz, has far more shine, and is so damn soft. That can be attributed in part to a drastic haircut and my hormones balancing out from that birth control change — but as cosmetic chemist Ron Robinson explains to me, the ingredients in this mask definitely deserve some accolade, too.

Primarily, it’s the hydrolysed rice protein (aka rice water protein) within the left chamber that gives this mask its magic reparative powers. “It helps hair bind moisture, which helps repair it,” cosmetic chemist Ron Robinson says. Plus, an ingredient you already know and love: Biotin. “Biotin may help to nourish and repair the hair,” Robinson adds.

As far as the right chamber’s moisturising effect goes, I have a plethora of ingredients to thank. “Sodium PCA and glycerin work as humectants to draw in hydration,” Robinson explains. “Rice bran oil and sweet almond oil work as emollients; rice bran water hydrates and conditions.” 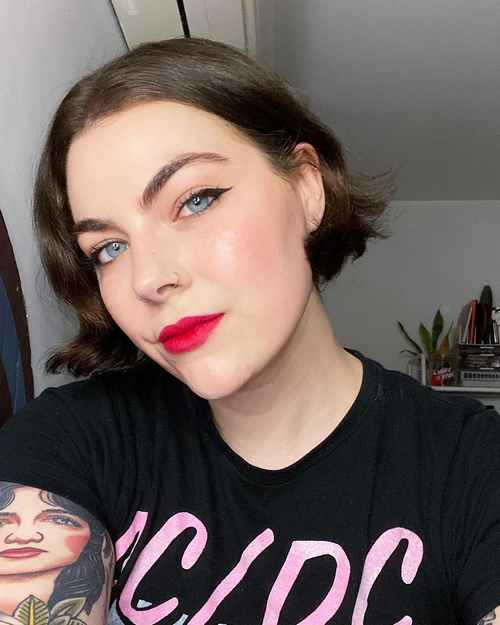 After using this proteinaceous mask for six weeks, the shine is returning to my hair and I can style it easily — with or without heat.Nicola Dall’Asen/Allure

Clearly, this mask has a lot to boast about. But what’s up with the packaging? Why the chambers? In my mind, I thought it must have something to do with ingredient stability and shelf life, but Robinson states these ingredients don’t really need to be separated — in fact, the strengthening chamber contains a couple of moisturising ingredients and vice versa. More-so, the packaging seems to illustrate the duality of the mask’s abilities. “I don’t see any formulation reason as to why they need a dual-chamber, however, it might show consumers that they are getting a good amount of rice protein from one of the chambers,” Robinson elaborates.

Fancy dual-chambered packaging or not, I pray I don’t run dry of this hair mask any time soon — and when I do, I’ll be hitting the “add to cart” button faster than Hannah Montana can come up with a quirky Southern simile.

For more information on hair loss, read up on the most common reasons behind it and the best at-home treatments to try.

This is a genius way to fake lash extensions on monolids 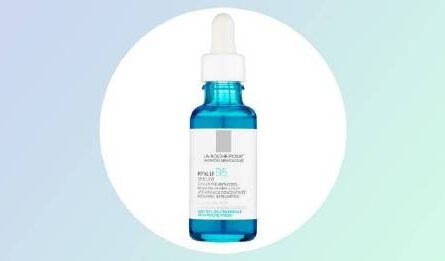 Hyaluronic acid is 2018’s skincare hero, but what does it actually do?