The official synopsis reads: “Set in Manchester, Life follows the stories of the residents of a large house divided into four flats.

As each of the four stories unfold and intertwine in surprising ways, they tell a larger story about what happens when we step out of our personal space and take a closer look into other people’s lives.

“Life explores love, loss, birth, death, the ordinary, the extraordinary and everything in between.”

The trailer for BBC’s spin-off show of Doctor Foster, Life, has landed – and we are so excited. 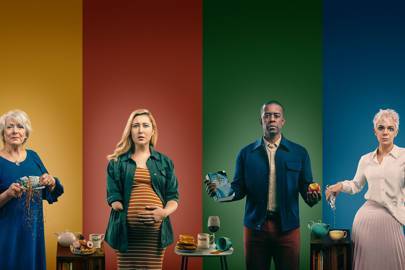 From the creators of the Suranne Jones hit show, Life is a six-part drama set in Manchester, and tells the story of a group of people who live in a large house divided into four flats.

Living there is Gemma Foster’s neighbour Anna Baker (played by Victoria Hamilton) who has changed her name to Belle to start a new life as a pilates teacher following the events of Doctor Foster.

Adam James will also reprise his role as Anna’s husband Neil Baker, but that’s as much we know so far.

Anna left Neil in series 2 after she discovered that he’d had a one-night stand with Gemma, saying that she was moving to Edinburgh to live with her sister and would never return.

Creator and writer Mike Bartlett said earlier this year: “In the last series of Doctor Foster, Anna split up with Neil and moved away. But I loved her as a character and suspected that was really the start of her story, rather than the end.”

Suranne Jones suggested to Radio Times that a proper third series of Doctor Foster is unlikely, saying: “I loved it, I love Mike Bartlett, I love the producers Drama Republic. Series one was amazing, series two, equally, peaked at nearly ten million viewers and pushed in crazy directions. But I think Gemma’s done.”

The six-part series this autumn on BBC One.

Husband Took a Photo of His Pregnant Wife Puking

Where is the real life Dennis ‘Des’ Nilson from ITV’s ‘Des’ now?