Are you a millionaire looking for a place to lay your head away from hustle and bustle of society? Are you still secretly scared that the Cold War never ended and you wish to seek safety in a house that doubles as a fallout shelter?

Are you perhaps named Bruce Wayne? Because if any of these things are true, or if you just love some crazy cool architecture, then the residence at Beckham Cave is exactly what you need to see. 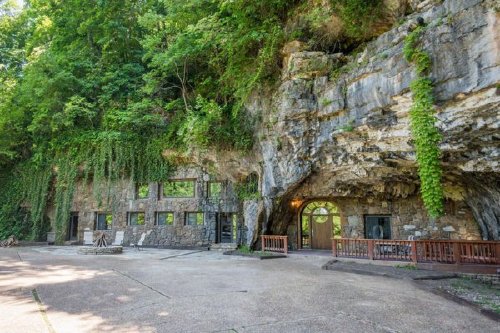 Aptly titled as the ‘World’s most luxurious cave,’ which was once used as a hotel room at $1200 a day, now is being sold to a lucky owner for $2.5 million to be used anyway seen fit. The uber-luxurious residence, located in a remote area of Arkansas, was originally built as a bomb shelter, and then later transformed into a luxury hotel that could host up to 8 guests in a subterranean maze of stalagmites and stalactites.

The property, according to its current owner, is “Nestled into a living cave, this 6,000 sq. ft. lodge features every modern amenity while preserving the natural cave around it,” but let’s let the images do the talking for themselves… 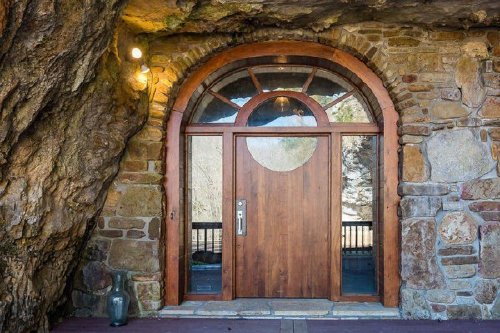 In 1983 Celestial Tea co-founder John Hay purchased the actively explored 240-acre cave for $146,000 before transforming it into a bomb shelter over a four year period, which cost $2 million in construction fees. 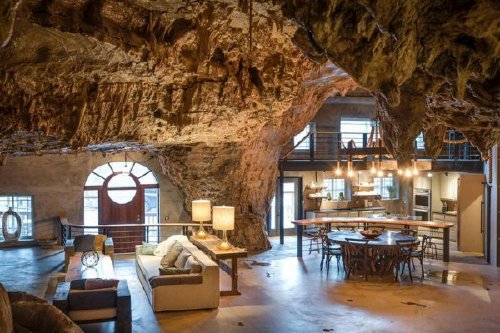 According to a People’s article from 1988 the, “First, 20 laborers removed 250 million years worth of silt from the subterranean chamber.” 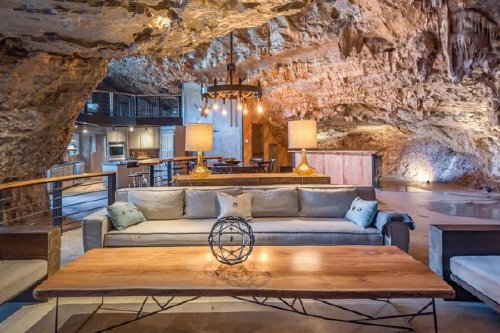 “The cave’s mouth was then covered with three-foot-thick concrete walls and faced with quarried stone.” 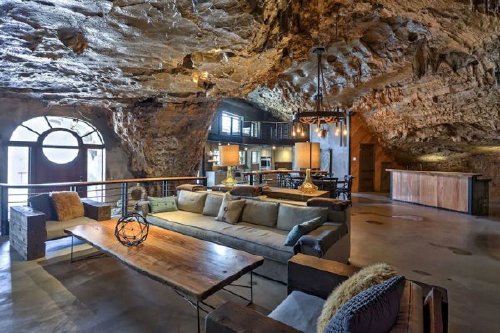 “Openings were left for windows for the oak-paneled kitchen and living room and for an arched, walnut-framed entrance way. In the event of the Holocaust, all these openings can be sealed with concrete blocks.” 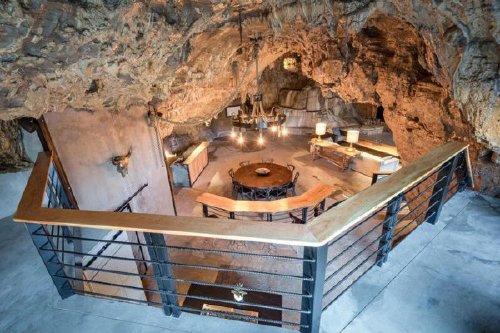 After the Cold War ended, John realized a bomb shelter was no longer needed and he sold it to its current owner who made it a luxurious hotel for years. But once again, the property is available to own for just north of $2.5 million. 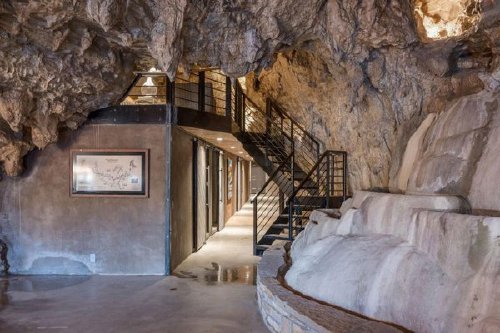 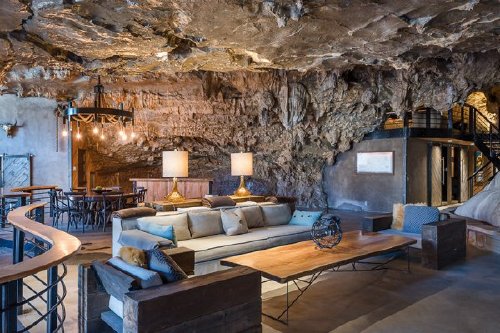 Comfy couches and thermal heating will keep you warm and toasty in the living area. 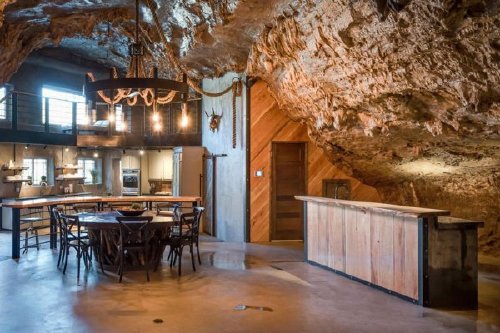 The kitchen is state-of-the-art, and it includes a large custom-built wooden bar for guests to come and share a pint at. 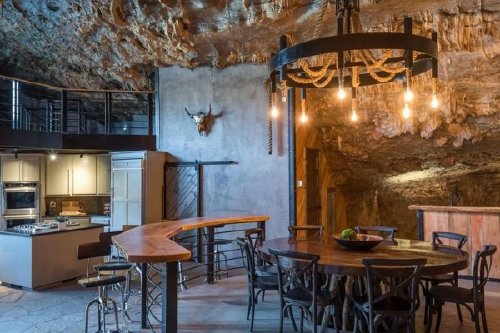 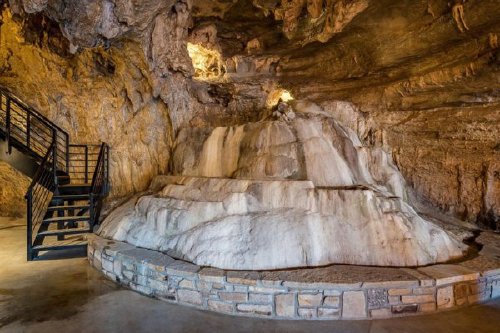 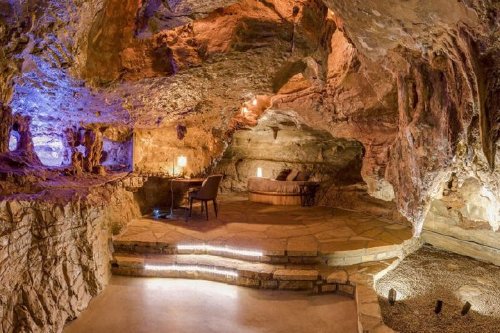 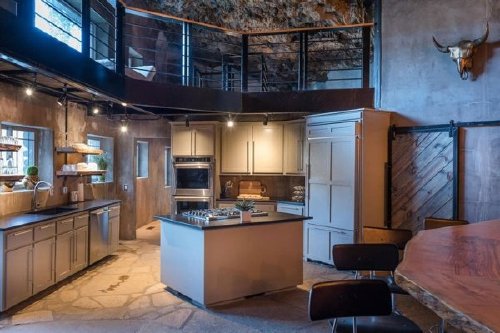 The cave even retained its natural waterfall inside. 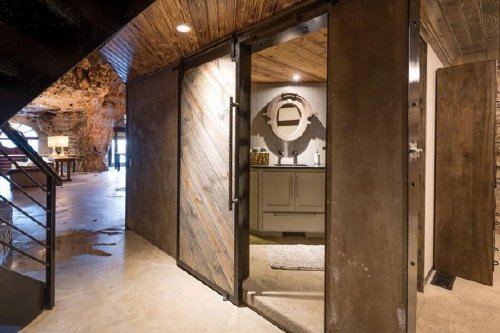 The cave has four bedrooms and four bathrooms. 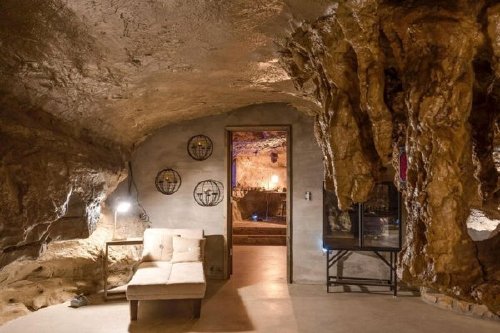 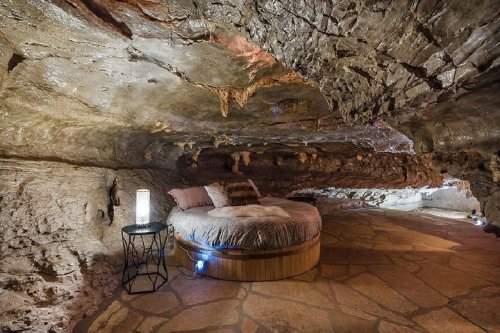 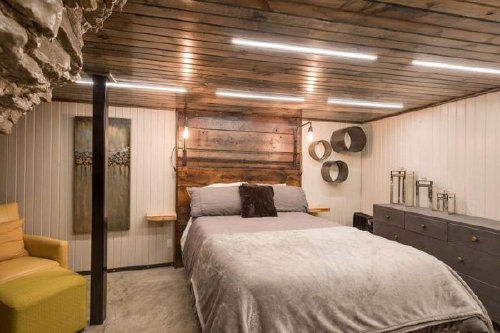 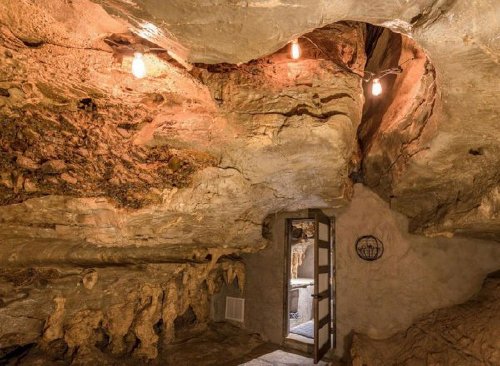 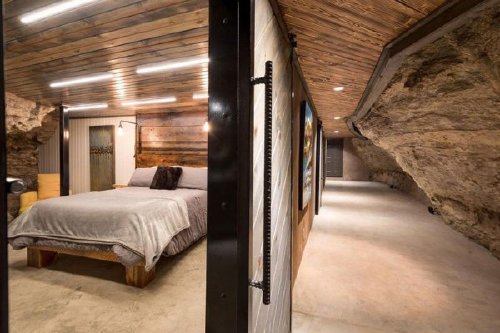 The vast master includes a unique round queen-sized bed and a spa-like private bathroom. 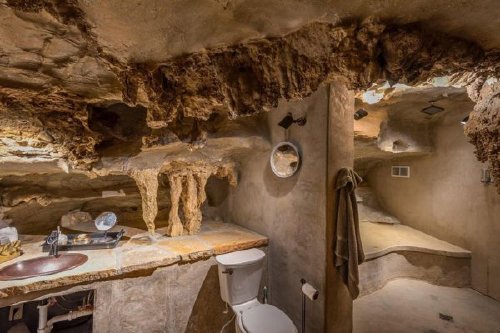 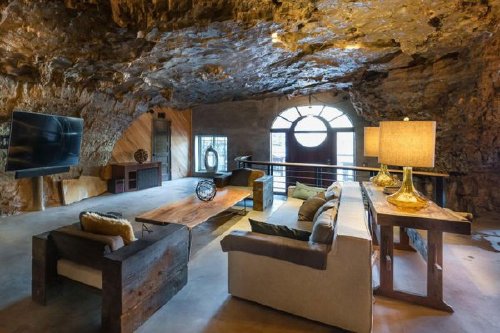 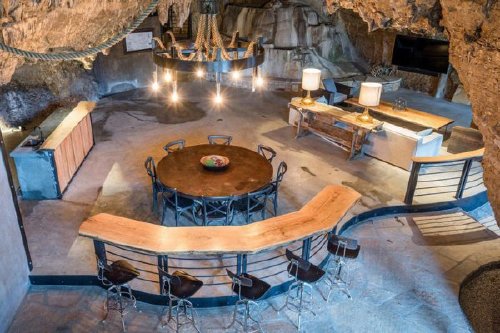 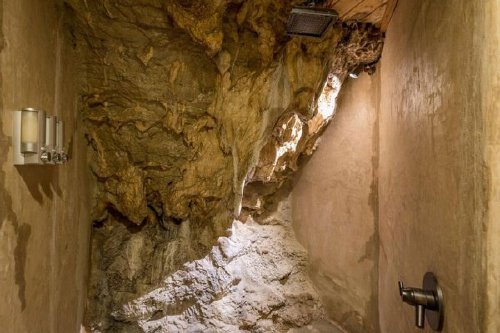 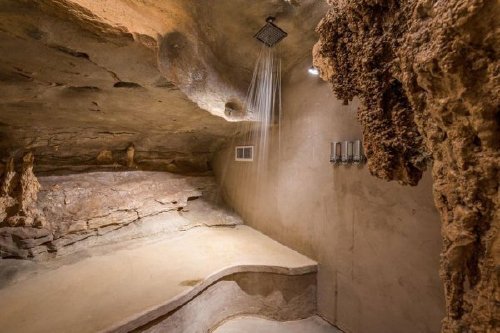 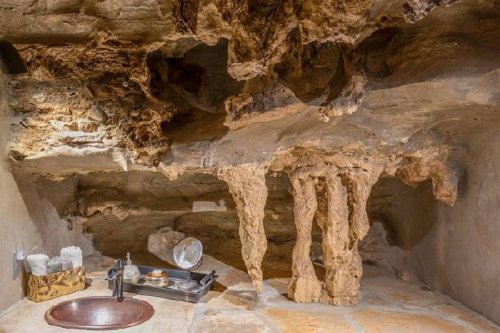 The house has many modern amenities including a 75-inch LED TV in the living room.

If you care to get a little scenery outside of the cave, you can toast up a s’more while taking in the amazing view from the front deck. 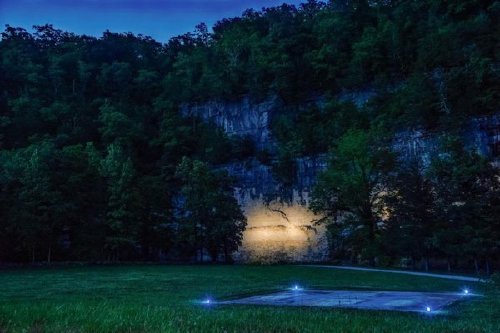 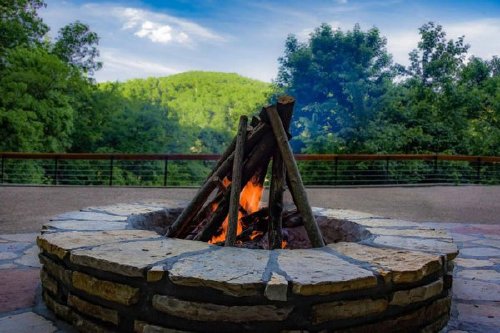 Did we mention the cave has its own helipad so you’d always have a place to park your chopper! That’ll make it easier to get in and out of the secluded residence without having to deal with a tough daily commute. 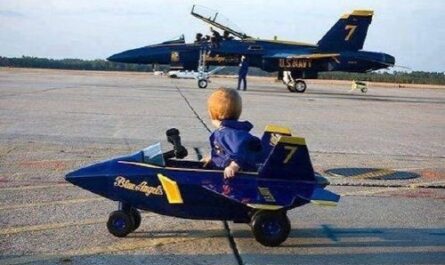 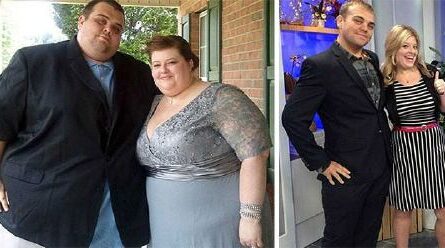 Couples losing weight together is twice the inspiration 29, Photos 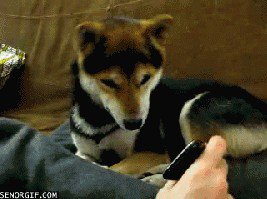