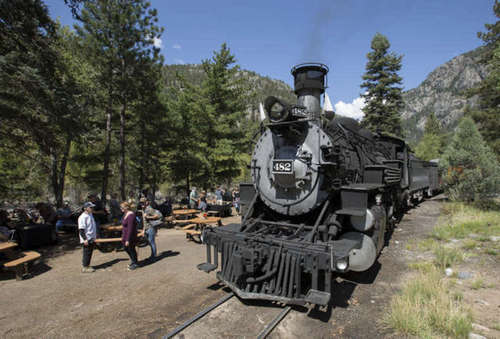 The Durango Brew Train is just the ticket for a scenic train ride brimming with all-you-can-drink craft beer on a 1920s steam locomotive through the Colorado Mountains.

Operated by Durango & Silverton Narrow Gauge Railroad, the Brew Train’s route starts in Durango, Colorado, and travels along the Animas River as local brewers walk up and down the cars with lots and lots of delicious beer.

«On board these diesel-powered trains, knowledgeable Colorado craft brewers will introduce you to a light sampling of their fine ales and educate you about the process required for crafting each one,» the website explains. 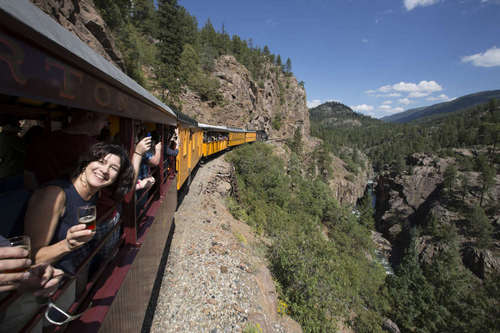 The train makes a 90-minute stop at Cascade Canyon in the San Juan National Forest where guests can hop off to indulge in food, live music, and more beer in the forest.

While the brewery lineup for this year’s treks haven’t been announced yet, some of the past brewers include BREW, Steamworks Brewing, Ska Brewing, Animas Brewing, Carvers Brewing, Four Peaks Brewing, and Left Hand Brewing. 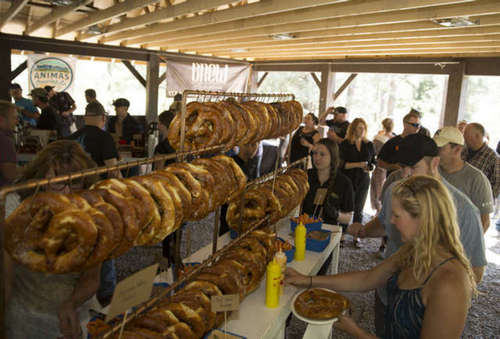 Only one scheduled trip in 2018 left beer lovers wanting more, so the company expanded to nine trips this summer running from June to August, with two additional fall rides.

Fall trips are August 31st and September 28th, and you can book your ticket right here for $139.

And if a South of the Border tequila train is more your speed, check out the Jose Cuervo Express, which shuttles passengers from Guadalajara to Tequila, Mexico.

Here Are the Top 10 U.S. Airports Most Likely to Cancel Your Flight

How Chris Hemsworth Got Shredded With the Fat-Burning ‘HIRT’ Method for ‘Avengers: Endgame’