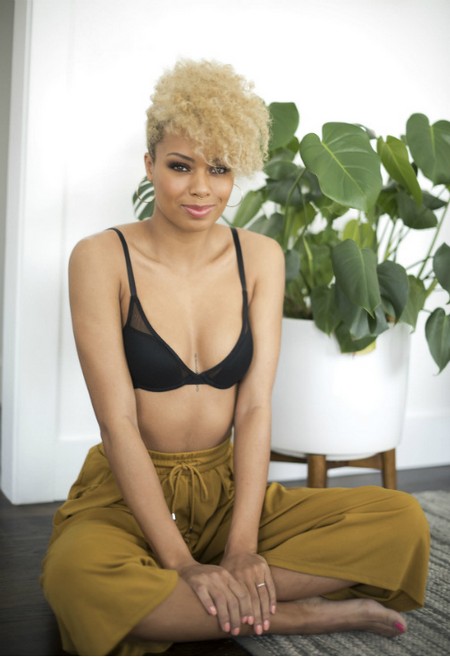 The truth is, while women with smaller busts may not need as much support, it doesn’t mean they don’t need any at all. A bra that fits well adds shape to the body, allows you to wear what you want without feeling exposed, improves posture, and boosts confidence. The problem is that small cup sizes are often an afterthought for undergarment designers.

“This is a consumer base worthy of attention,” says Jaclyn Fu, co-founder of Pepper, the first modern bra company designed specifically for small cup sizes. Pepper introduced its first product, the All You Bra, on Kickstarter in April 2017 and raised over $47,000 in less than two weeks, proving just how underserved this market has been. “We found that most people who aren’t in this size range don’t realize the pain points of small-chested women,” she says.

“I grew up feeling like my body wasn’t enough. My mom told me to eat papaya when I was younger, because she believed papayas made your boobs bigger – they have zero effect on breast growth,” Fu tells us. “Having small boobs, myself, I never found a bra that made me feel good about my body.” While the initial concept for the product was sparked by her own body struggles, she says the real inspiration came from all of the women they talked to who shared similar stories of “feeling less-than.”

One thought on “This Bra Was Designed Specifically For Small Breasts”