Attempting to navigate teenage-hood is a complex time for most and the perception of what’s ‘normal’ can become easily skewed. Model and writer, Lily Bailey, went through her teenage years knowing she wasn’t thinking in a ‘normal’ way and her journey of defining her Obsessive Compulsive Disorder (OCD) didn’t come without confusion.

Reflecting on her first memories of her condition, “When I was younger, it tended to be more physical. I would be really worried there might be a monster under the bed. Obviously lots of kids worry about that kind of thing, but what made it OCD was that I used to spend hours sitting on my bed and looking under the bed from my bed to the point where my stomach would be sore.

“I don’t actually remember not having it. Even when I really small, I was definitely thinking in an obsessive and compulsive way, although I didn’t know it was OCD,” she says.

“As I stopped to be more physical with it, it became more mental. I’d start to make mental lists of things that I’d done wrong in my head, so I’d take the first letter of the word or whatever I had done wrong and I’d put it on a list. 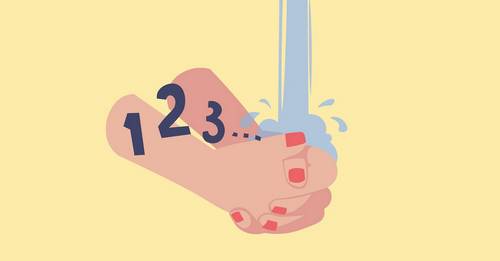 “I didn’t know I had OCD until I missed a lot of school and then I was told I had to see my GP. Everyone was like what’s this mystery illness and I wasn’t really helping myself because I wasn’t opening up about it. At 16, by this point, I was having a really bad day, and I just finally opened up and I kind of said a little bit, not everything but a little bit and she said I’m pretty sure you have OCD and to me, that just made no sense. For me, OCD was just you’re a bit anal, it was a term for being a perfectionist.

“I was referred to a psychiatrist and I still didn’t really believe I had OCD anyway. As I kind of started to accept my diagnosis a bit more and be like, OCD is just obsession, repetitive, intrusive thoughts and compulsions, which is just the action you take physical or mental in response.

“It wasn’t a straight line, it was quite difficult. There were lots of ups and downs. The better I got, the more I thought, I don’t know how I lived like that before.”

Awareness of mental health is on the rise, with words like depression being googled every 2 seconds in the UK according to behavioural website Priory, but is the perception of OCD changing?

“I remember when I turned 16 and I had this diagnosis. If I went on social media and someone was talking about #OCD, they would be talking about it in a jokey way, but if you look at #OCD now, there are still those comments, but the vast majority of people are sharing their real and genuine experience of actual OCD. Even in school, I remember having PSHE and the message was basically like don’t become a drug addict, and have safe sex, which are obviously important, but it would have meant so much to me if someone, just for 10 minutes had come into a PSHE lesson being like ‘hey, this is a thing and it can happen’, because it does happen to a lot of people.

“The average time taken for someone with OCD to get help is 12 months, and most people with OCD will tell you the same thing I’m telling you – I just didn’t know.”

What helped you to deal with your OCD?

“I think Cognitive Behavioural Therapy (CBT), which is a therapy I was given when I was diagnosed with OCD was really what helped. Often CBT might only be a few weeks, and I was lucky enough to be seen privately as a teenager, but if I hadn’t gone through that experience as an adult without financial support of my parents, I wouldn’t be able to pay for that.

“If you can’t access a therapist quickly, educate yourself by buying a book on CBT. The best one I ever read which was what I had when I first got diagnosed and I still have it and refer back to it, was Overcoming OCD by Rob Wilson and David Veale, it’s really good. It explains to you what OCD is, all the different forms it can take and it gives you practical ways to actually start fighting back against this type of thinking.”

What are the most common misconceptions about OCD?

“I think the main one is that OCD is all about just like being a perfectionist and being ‘so OCD’. I think that’s the most toxic one, because as soon as you’re seeing OCD as that, you’re not seeing it as an illness.”

What more do you think can be done by the NHS/government?

“I passionately believe that mental health services are just incredibly underfunded and under-provided for and that is just completely wrong and creates so many problems. If you injure yourself and it’s pretty bad, you’ll go to A&E and you’ll be seen, but with stuff like this, although you’re assessed, the questions that you’re asked are like ‘are you suicidal right now?’. There’s a complete disparity in the way we see mental and physical health, but actually they’re so interconnected.”

Sadiq Khan: “Period poverty in London is a real issue”