100 years ago, American women fought for and won an equal voice at the ballot box thanks to their unrelenting activism, alongside women across the world, who stood up and demanded women’s suffrage.

A new first-of-its-kind book, Citizen Woman: An Illustrated History of the Women’s Movement by Jane Gerhard and Dan Tucker, celebrates those remarkable women, and takes an illustrative deep-dive into the history of women’s rights through to modern day.

In six chapters, Citizen Woman uses photographs, archival materials and documents to cover issues that are critical to women across cultures and societies, including the right to vote, reproductive freedom, marital and property rights, workplace equality, oppressive notions of beauty, racial equality and LGBTQ rights.

Here’s a preview of some of the book’s tales, showing what women have gone through over the course of history, as well as some inspirational feminist icons you may not have heard of…

This month marks the centenary of the 19th Amendment to the United States Constitution, which granted women the right to vote. 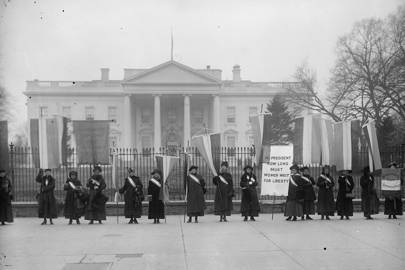 The amendment was passed by congress on 4th June 1919, ratified on August 18th 1920, and certified eight days later on August 26th. 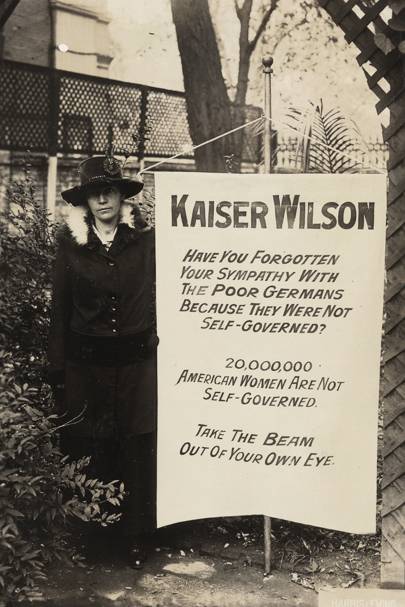 This photograph – taken in 1917 – shows Virginia Arnold, a school teacher from North Carolina, who was executive secretary of the National Woman’s Party in the US. Her placard is aimed at President Woodrow Wilson, critiquing him for intervening on behalf of democratic principles in Germany but ignoring the same problem at home.

In 1917 the National Woman’s Party began posting ‘Silent Sentinels’ outside the White House in order to put pressure on President Wilson. The protesters were arrested and held at Occoquan Workhouse, a notoriously inhumane detention centre in nearby Virginia, where they staged hunger strikes. In January 1918, Wilson came out in support of a suffrage amendment. 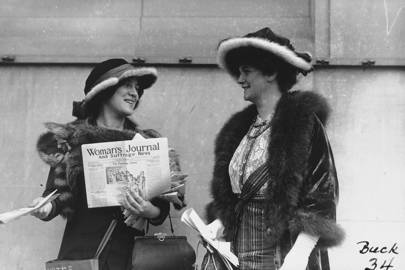 Margaret Foley, a fixture in Boston’s suffrage movement known for interrupting speakers at political rallies with confrontational questions about suffrage, distributes copies of the Woman’s Journal and Suffrage News. 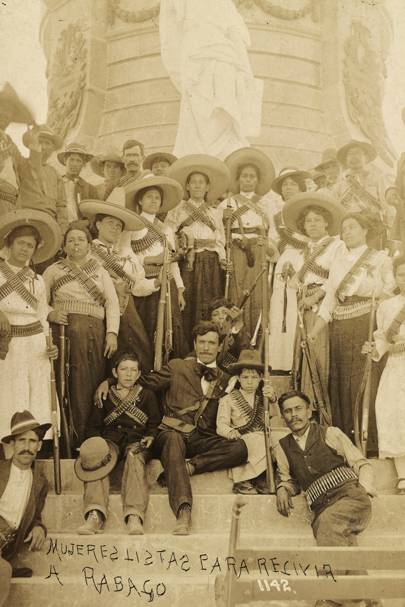 This picture shows a group of Mexican revolutionary soldiers at the base of the Benito Juárez monument in Ciudad Juarez, Mexico. Beginning in 1910, the Mexican Revolution lasted a decade and ended dictatorship in the country. Women played a significant role in the Revolution and the “Adelita,” a romanticised version of the woman soldier, became an international symbol of the resilience and independence of women. 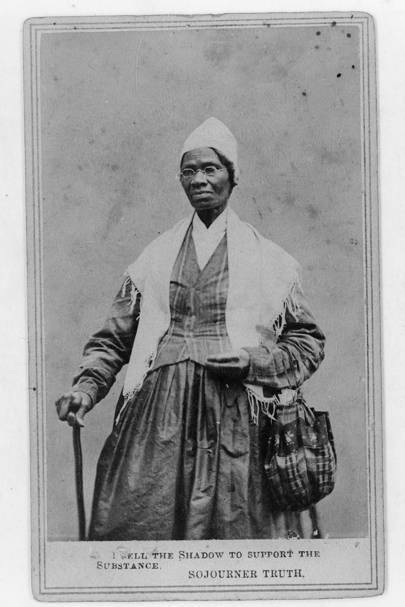 Soujourner Truth was a preacher, abolitionist speaker and women’s rights advocate. At the Ohio Women’s Rights Convention in 1851, Truth delivered a speech now known as “Ain’t I a Woman?”, demanding equal rights for women and black people in the United States. She was also the first black woman to win a lawsuit against a white man when she fought to retain custody of her son. 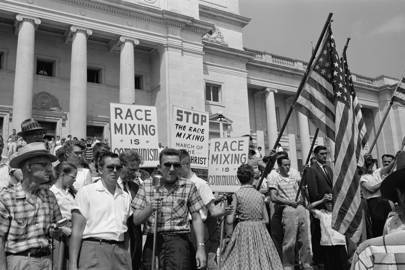 This photograph was taken at a protest against the enrolment of nine African American students at Little Rock Central High School, Arkansas, in 1957. The nine students, including Elizabeth Eckford and Minnijean Brown-Trickey, faced both verbal and physical harassment from their fellow high school students and from protesters outside the school. 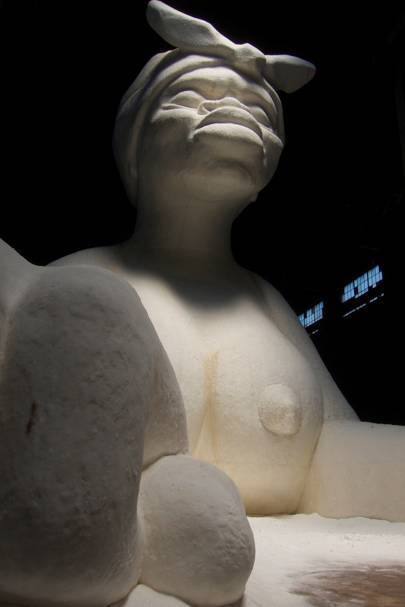 Created by Kara Walker, A Subtlety, or the Marvelous Sugar Baby went on display at the Domino Sugar factory in Brooklyn, New York, in 2014. Composed of thirty tonnes of sugar, Walker created the figure as a way to comment the reliance of the sugar industry on the slave labour of women.

Amy Sherald, the artist behind this portrait of former First Lady Michelle Obama, and Kehinde Wiley, the artist who painted President Barack Obama’s portrait, were the first black artists to be commissioned by the National Portrait Gallery.

Paul Mescal on the trappings of social media mental health