There’s no doubt that visibility for the LGBTQ+ community in the fashion industry has increased in recent years. The Fall 2018 runways boosted non-binary and transgender castings, with a record 64 models falling into either of those categories, marking the most-inclusive fashion month to date. (The most recent season of ad campaigns, however, is still lagging behind.) Fast-fashion retailers, such as Zara and ASOS, have launched their own gender-neutral clothing lines as well.

Still, the industry has been criticized for not doing enough, as unisex collections often masculinize gender-fluid clothing by simply offering baggy, streetwear-type products. Though this look may be desired by some members of the queer community, it is not a stopgap for being more inclusive.

At the same time, a number of emerging brands are validating queer and gender-fluid customers by taking inclusivity several steps further. Luxury brands like Eckhaus Latta, Vaquera, Art School London and Telfar are rethinking established fashion systems with genderless silhouettes, while homegrown brands such as No Sesso, Official Rebrand and Rebirth Garments are promoting accessibility and intersectionality. Then there’s up-and-coming retailers like Radimo and The Phluid Project, which see clothing retail as a means to question gender norms. It’s no wonder that many of these brands are led by members of the LGBTQ+ community themselves; for these designers, fashion is a deeply personal and political act.

‘SEVENTEEN’ LAUNCHES ‘HERE,’ A NEW COMMUNITY BY AND FOR LGBTQ TEENS

It’s important to keep in mind that this movement is no passing trend. As Generation Z has already become known for being more fluid than its predecessors – a 2016 survey by JWT found that only 48 percent identify as “completely heterosexual,” compared to 65 percent of millennials – we are likely to continue witnessing an uptick in both the need and number of gender-neutral clothing companies. Here, we highlight three inclusive labels to watch that are pushing the fashion space further through community, retail, sustainability and so much more. 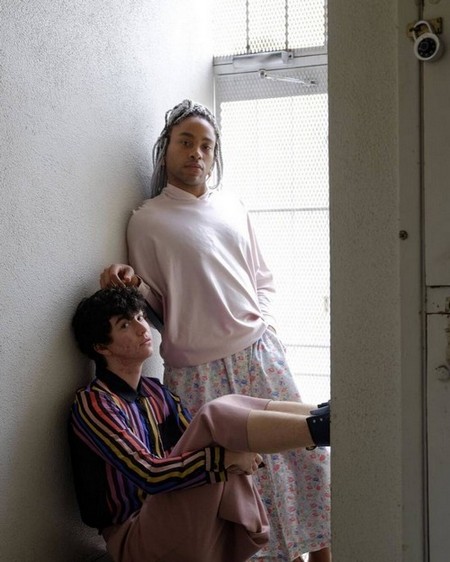 Radimo, a Los Angeles-based label that launched in June 2017, was inspired by founder Dannielle Owens-Reid’s personal journey navigating their own gender and presentation – and the lack of truly inclusive brands on the market. Owens-Reid believes that, although many brands have slapped the phrase “gender-neutral” on hoodies and denim, these efforts are not enough.

“This, to me, is not at all what gender-neutral is. It’s one tiny piece of what a small group of people is looking for, but gender-neutral should mean all genders and completely neutral,” explained Owens-Reid. “That’s why so many of us in the queer and trans community don’t really trust the phrase or care when a new ‘gender-neutral’ brand is announced. We’ve been let down by all these mainstream brands that don’t know what they’re doing.”

Moreover, Owens-Reid believes that in order to be inclusive, brands should hire queer, trans, and women of color to help them understand their needs. “Brands aren’t doing it because they don’t want to,” they said. “And it’s really unfair because they’re also flooding the market with low prices and stealing designs from brands owned by women of color. They’re putting on this weird – and not very well-researched – mask of inclusivity that we all see straight through.”

Out of this, Owens-Reid wanted to create a gender-neutral clothing company and shopping experience that challenges the traditional standards of fashion and shopping by offering products by queer-owned, non-binary-owned and Black-owned brands, in addition to curated vintage pieces. Going one step further, the brand also shoots each individual item three different ways, showcasing a range of models with different body types, skin tones and gender identities.

To celebrate this mentality, the brand staged its first runway show at the LA art space Junior High in May 2018. “It was a beautiful celebration of people, identities, and bodies. People in the audience were crying and I’ve never heard such loud cheers. Afterwards, so many different individuals came up to me and said they’ve never seen themselves represented on a runway,” they recalled.

Affordability is another consideration. “There are so many queer brands or gender-neutral brands that have price points so high there is no way a genderqueer 17 year old could afford. Systematically, queer communities, trans communities, communities of color are lower-income and those are the people I want buying my clothes, so I’m not going to make a button-up $78.” According to the owner, around 90 percent of the products are between $12 and $60 dollars.

Moving forward, Owens-Reids envisions the brand becoming a “big queer ASOS” that does photoshoots and represents a roster of different brands. 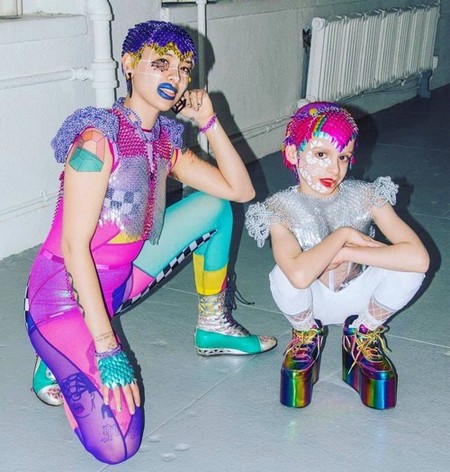 Rebirth Garments, the four year-old brand based in Chicago, was first conceived when founder Sky Cubacub was in high school. Cubacub, who identifies as non-binary and Filipinx, divulges, “I really wanted a binder – a chest compression garment – but did not have access to them because they are either sold online and required access to digital money, or they were sold in sex toy shops. I wanted to make a line that would be accessible to teens. So even though I sell my work online, I have it written in many places on my website that if a teen wants a garment, they can mail me cash, get it at a reduced or free rate, or we can do whatever to make it work for them.”

Today, the brand stands as a line of custom, handmade wearables for the full spectrum of gender, size and ability. Each item maintains a notion of “Radical Visibility,” which Cubacub describes as “a movement based on claiming our bodies and, through the use of bright colors, exuberant fabrics and innovative designs, we refuse to assimilate and are spearheading a QueerCrip dress reform movement.”

According to the brand’s website, QueerCrip is “a politicized umbrella term that encompasses queer, gender nonconforming identities, visible and invisible disabilities/ disorders – physical, mental, developmental, emotional, etc. In particular, our trans* and disabled communities have very particular clothing needs that are not adequately served by mainstream clothing designers.”

Through the label, Cubacub aims to highlight the notion that any person should be able to wear any item of clothing they want, and that clothing is meant for humans, not for genders. They believe it is the intersectionality of their brand that sets them apart from other queer or trans clothing lines.

Collaboration is another important aspect of Rebirth Garments. Cubacub regularly works with other creatives, such as Compton Q, a non-binary queer fashion designer and performance artist as well as Vogds, a queer singer, performance and visual artist. Together, the three artists recently put together two collaborative shows, one of which included an album with lyrics that were made accessible to those who are visually impaired via visual descriptions of the outfits and models.

Beyond this, Cubacub has launched a magazine for queer and disabled teens called Radical Visibility Zine, and a youth-specific clothing line called Rebirth Warriors. 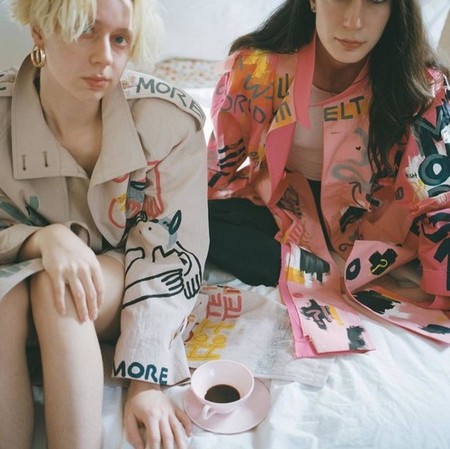 Official Rebrand, also abbreviated as OR, was launched in 2017 by MI Legget, but the New York-based creative says they have been developing the concept their entire life. From a young age, they repurposed household items like curtains and newspapers into clothing, and in the third grade, wrote the inexplicable slogan “Are you pumped?!” on every T-shirt they could get their hands on. In 2016, while studying art in Berlin, Legget worked for a well-known gender non-conforming designer and drag queen Fábio M. Silva. It was then that they realized the true power of fashion as “a form of self-expression within queer communities.”

While working with Silva, Legget had the opportunity to hand-paint garments, which inspired them to start drawing and painting on their own clothes. The response was positive and people began reaching out for commissions, which ultimately inspired them to launch a clothing brand that would allow other people to express their unique selves.

As it stands today, Official Rebrand focuses on both gender freedom and sustainability, seeing the clothing as an act of resistance against the extreme pollution of the garment industry, as well as unjust societal expectations. Legget explains, “People should not be confined to the limiting boxes drawn by dominant cisgender, heterosexual norms. I want OR to promote freedom for people to experiment and decide for themselves what feels right, uninhibited by societal dictations.” The designer often writes the acronym for Official Rebrand as “OR?!” to imply the questioning of dominant and destructive norms.

To counteract the exploitation of factory workers, as well as the over-consumption of the fashion world and its impact on the environment, Legget paints, draws and prints on used garments to give these discarded pieces new life, while also removing their gendering. No two items are the same, and fashion is seen as wearable art.

Accessibility is an important element to the brand, which offers a wider price range ($15 to $1,500) than larger gender-neutral labels. Legget goes one step further, hosting immersive events where the designer creates custom paintings for clients or hosts workshops on how to rebrand your own clothing. “I want empower people, whether that means they buy my clothes or I help them realize the perfect piece on their own,” says Legget. “Official Rebrand is my label, but it’s also the concept that anyone can take a marker to a T-shirt, transforming a cast-off consumer product into their own unique creation.”

Where can you find OR? Legget sells ready-to-wear and custom clothing directly to clients through appointment and Instagram, pop-up shops and activations. The brand can also be found at Otherwild, The Wardrobe Miami, and will be carried this summer at Café Forgot, a retail concept operating at the intersection of art and fashion. 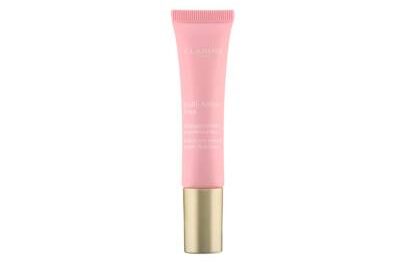 How I Shop: Tess Ward

Uggs hit the runway, at one of New York Fashion Week buzziest shows