Two intimate reveals took place on the roof of an East London car park where the catwalk and seats had been enclosed in a clear, architect designed, bubble (with the structure being entirely reusable).

The views over the city, as the sun dipped and gilded the skyscrapers, were as stirring as the clothes to come…

Today London was once again held in thrall by the magic of Alexander McQueen as the British luxury house returned to its home city, showing in the capital for the first time since February 2016.

That season was a brief hiatus from Paris Fashion Week as Creative Director Sarah Burton was two weeks away from giving birth… Today, the pandemic has flipped traditional fashion weeks on their head and McQueen presented the Spring/Summer 2022 collection outside the boundaries of the traditional schedule to create a wildly-anticipated occasion. 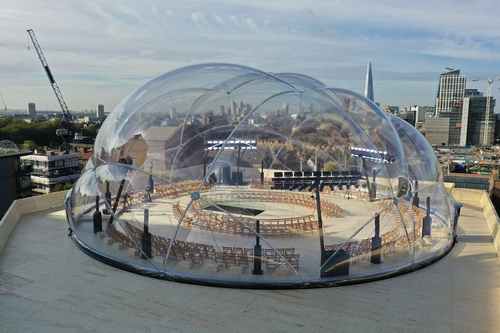 This stand-alone show was a breath-takingly magical fashion moment which didn’t disappoint.

Inspired by the elements that surrounded the show space, Burton revealed, “I am interested in immersing myself in the environment in which we live and work, in London, and in the elements as we experience them each day.”

Her inspiration moved from water, the mud on the banks of the Thames and upwards to the “ever-changing, all-encompassing magnificence” of the sky, clouds and storm-chasers. 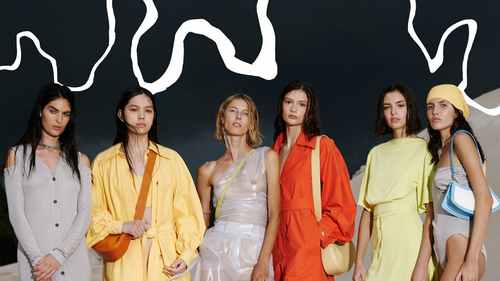 These 14 trends will be *everywhere* next season, according to the hottest fashion week catwalks

How did that translate to the clothes?

Views over the capital’s roof-scapes were previously captured through photography and transformed onto taffeta.

What lessons can we learn from the show to update your outfits right now?

1) Throw a biker jacket over a ballgown to get the perfect balance of the high/low mix – that classic styling trick of mixing something super fancy with a tougher staple. 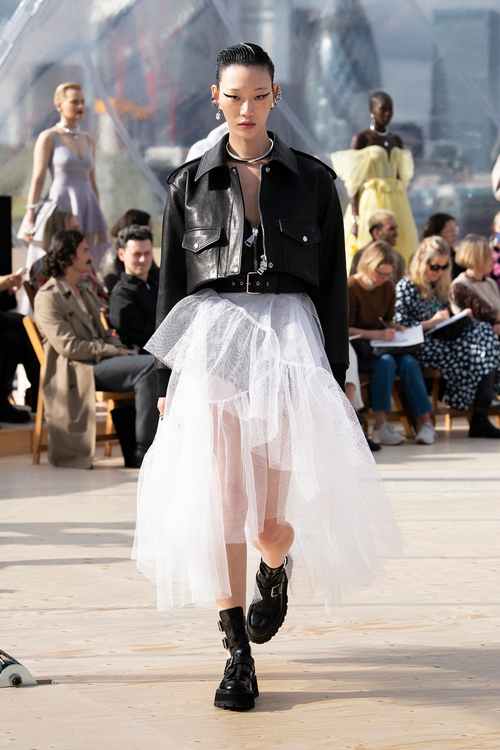 2) Make the return to the office in style and elevate your workwear with bright colours. After years of WFH loungewear, we’re ready for slick, sharp suiting. 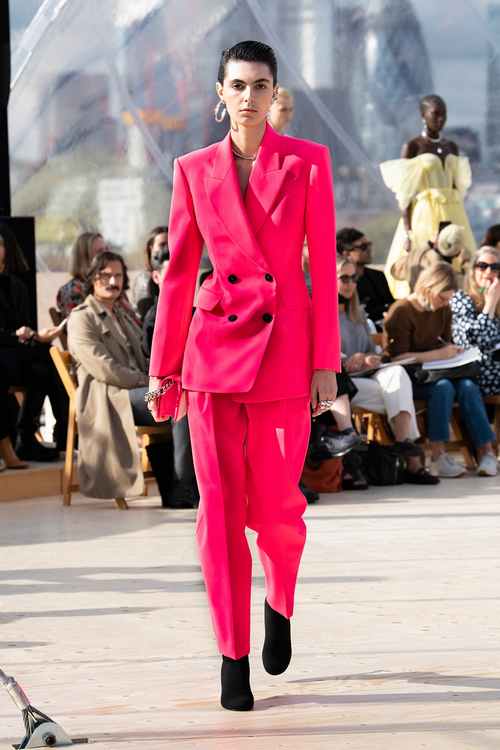 3) Trainers go with ab-so-lutely everything in your wardrobe and make the idea of wafting around in a party dress for daytime, very appealing indeed. 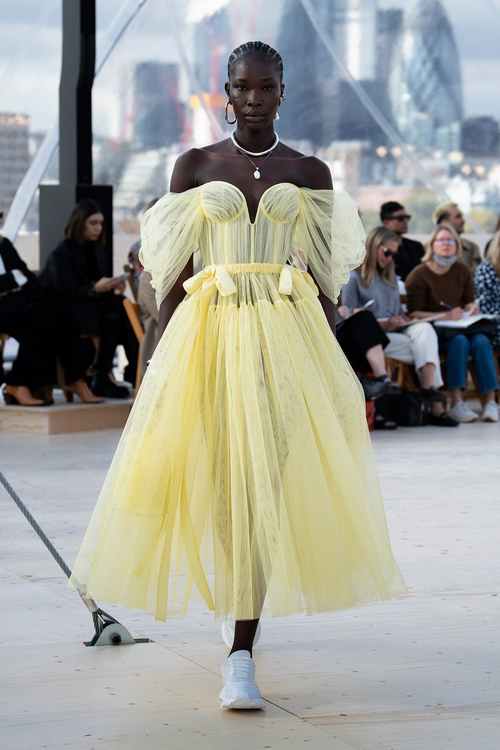 4) White shirts and black trousers are a combination that will be forever in style. Just think through your jewellery and accessories to make sure your outfit looks styled. Chunky sole shoes are a major mood for next year as are the mismatched earrings we spotted on the catwalk tonight. 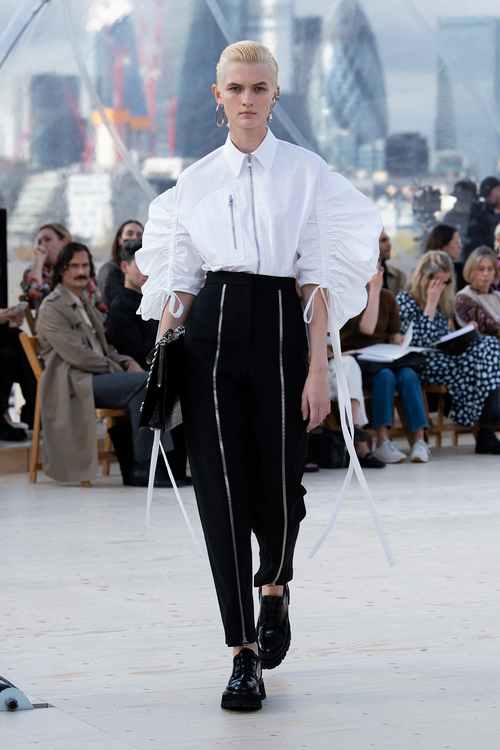 5) A reworked trench coat will be a forever buy. It’s timeless enough to last season-to-season but the voluminous sleeves give it enough personality so that you will never get bored of it. 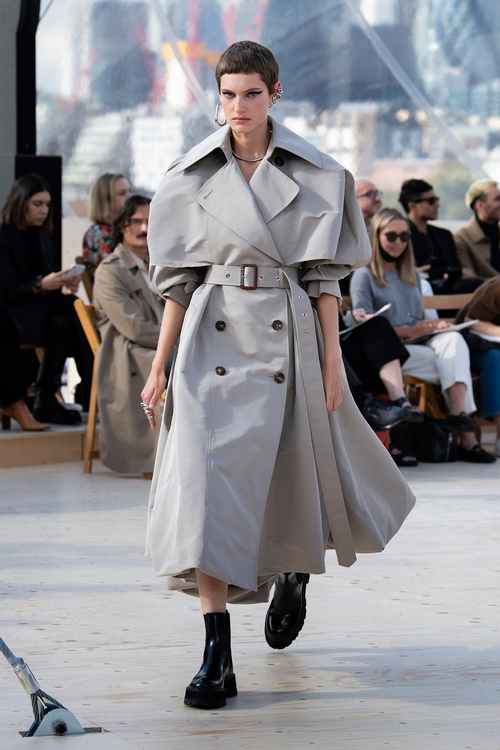 Since 2010, when Alexander McQueen – or Lee, as his friends called him – took his own life, Sarah Burton has been building on McQueen’s own legacy and signature design details, while embellishing each collection with her own stamp.

McQueen was known for exquisitely cut tailoring (he trained at Savile Row), enduring punk tributes, deconstruction and a play on the eternal themes of light and dark.

Tonight we saw Sarah Burton uphold those tropes while weaving in artisanal elements, a focus on craft and her own celebration of femininity through corsetry and puffs of ethereal tulle. No wonder Kate Middleton wore McQueen at her wedding in 2011.

The 7 high street buys you should add to your shopping list, according to our Fashion Editor