Jodie Comer’s captivating performance as the ultra stylish assassin Villanelle had the whole nation hooked to their screens when Killing Eve aired earlier this year on BBC 1. With filming underway for a hotly-anticipated second season, Jodie is undoubtedly on the road to stardom. 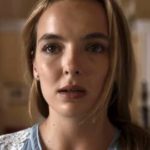 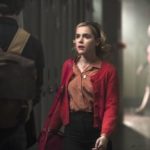 She may be known for her long-standing role as Sally Draper in Mad Men, but Kiernan Shipka is cast in a whole new light as she takes on the role of Sabrina in Netflix’s ‘Chilling Adventures of Sabrina’. With a second season already confirmed, the 19-year-old actress is set to hit the big time. 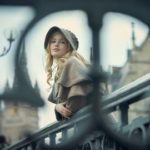 Ellie Bamber has been acting since she was young, but her new role as Cosette in BBC 1’s six-part adaptation of Les Misérables is set to make the 21-year-old actress a household name. You heard it here first. 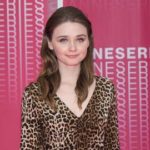 Thanks to her role as Alyssa in Netflix’ ‘End of the f***ing world’, Jessica is part of a new generation of young stars taking the acting world by storm. In 2019, she’ll have all eyes on her as she stars in upcoming drama, Lamb of Gods. 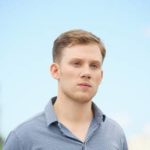 Australian actor Dacre Montgomery has enjoyed a steady rise to fame through his breakout role as Billy Hargove in Stranger Things. With season 3 airing in 2019, expect to see him ascending to the next level. 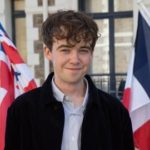 Alex Lawther rose to prominence in Netflix’ ‘End of the f***ing world’ – now he is starring in upcoming comedy, Alex’s Dream. It’s just the beginning for this talented Brit. 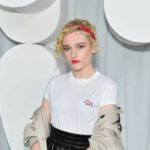 American actress and model Julia Gardner is on the verge of stardom. She has already enjoyed roles in Ozark and Maniac, and in 2019 she is starring in Modern Love, a rom-com series based on a New York Times relationship column.

Esme Creed Miles has landed the leading role in Amazon’s new series, Hanna, an action drama based on a young women who is trained to become an assassin by the father. She’s definitely one to watch.

His breakout role as John Shelby in Peaky Blinders threw Joe Cole into the limelight, and his popularity is only set to grow as he stars in the six-part comedy drama, PURE, airing on Channel 4 in early 2019.

The Cast of Sex Education

Sex Education is the new sex-therapy series from Netflix about a teenage virgin who sets up a health clinic with his classmates. Starring Gillian Anderson, Emma Mackey, Asa Butterfield, Chaneil Jular, Alistair Petrie and Connor Swindells, this cast are poised to become the breakout stars of 2019. Watch this space.

She won Best Actress for this year’s TV BAFTAS for Three Girls, so Molly Windsor’s performance in Make Up is unlikely to disappoint. She is also starring in Chat, the series tipped to be as big as this year’s rating winner Liar. With a raving CV under her belt, expect to see ALOT more of this up-and-coming star. And did we mention she’s only 21 one?

He’s already been nominated for Best Supporting Actor at the BAFTAS for his stunning performance as Sebastian in Lady Macbeth, and now Cosmo Jarvis is joining the cast of Peaky Blinders. It’s set to be a big year for the American-born English actor and we’re so here for it.

In 2019, Edward Bluemel will be appearing in Killing Eve Season 2 (!!), Netflix’ Sex Education and Channel 4’s How To Build A Girl, the Tv adaptation of Caitlin Moran’s best selling news. Need we say anymore?!

Film maker Fenn O’Meally has been named one of the UK’s most promising rising stars by the British Fashion Council for her super cool fashion films – Armani Beauty, Nike and Dior to name a few. Not only is she big news in film, she’s quickly becoming the ultimate fashion darling. 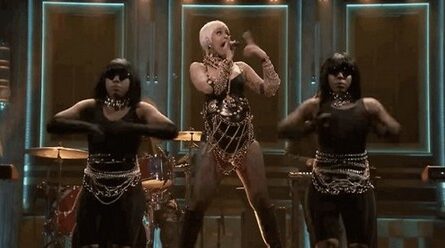