On Tuesday 22 September, the PM introduced new rules and restrictions that are being rolled out from Monday 28, in efforts to combat the second wave of Covid-19 cases that are sweeping the country.

The new measures include pubs and restaurants being ordered to close from 10pm and people being asked to work from home wherever possible.

During his speech at the House of Commons, Boris also made amendments to the good ol’ rule of six, adding that the rule will now also be applicable to adult indoor team sports. And he’s now made it actually illegal for anyone to gather in groups of more than six, with anyone found flouting the rules facing fines of £200 – and more if you’re caught offending repeatedly.

After Prime Minister Boris Johnson’s ‘Rule of Six’ was introduced mid September, preventing more than six people from meeting up, things are getting even tougher with new rules coming into effect imminently. 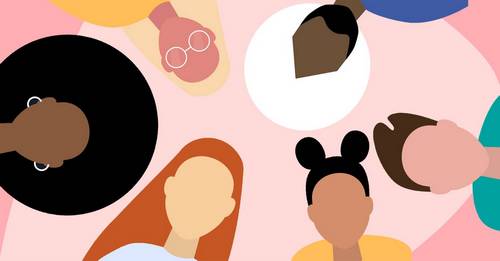 However, the PM said there are “some limited exemptions” to the new restrictions. So, what exactly are they and are you exempt from the rules? Here’s what you need to know.

If your household or support bubble is made of more than six people then you’re exempt from the new rules. The new guidelines state: “Where everyone lives together or is in the same support bubble, or to continue existing arrangements where children do not live in the same household as both their parents.”

A support bubble is a small circle of people you’re able to socialise with exclusively. This means if you live alone or you’re a single parent with kids under 18, you’re able to team up with one other household to socialise, stay the night and travel together in the same vehicle.

Previously, the government said that weddings were exempt from the rule of six and could have guests up to 30 people maximum.

However, the rules surrounding weddings have changed again and the PM has now announced that the maximum number of people at a wedding from Monday 28 September is now 15.

He said: “Now is the time to tighten up the rule of six. I’m afraid that from Monday a maximum of 15 people will be able to attend wedding ceremonies and receptions.”

Despite wedding numbers being cut to 15, funerals with up to 30 people in attendance are still allowed to take place.

The government said this is to ensure “bereaved people are treated with sensitivity, dignity and respect” and so that “mourners and workers involved in the management of funerals are protected from avoidable risk of infection.”

Schools and workplaces are exempt from the new rules but must continue to operate under the Covid-safe guidelines.

These include anyone working in the voluntary and charitable services, registered childcare and education or training, as well as supervised activities provided for children including nurseries, playgroups and youth groups. For universities, there’s no change, Boris said they can remain open.

While pubs and restaurants are allowed to stay open, you won’t be able to attend with more than six people in your group – and that includes yourself. You are also now required to wear a face mask when entering or leaving any pub or restaurant and also while walking to and from the bathroom – only taking off the mask when you’re actually seated. You won’t be able to order at the bar, table service is now the only option. You’ll also be legally required to supply venues with your Test and Trace information.

Places of worship, including churches, synagogues, mosques and temples will stay open, but anyone attending will be required to adhere to social distancing rules.

Services have been asked to finish as soon as possible, with anyone in attendance told to leave quickly afterwards.

Anyone providing support to a vulnerable person or providing emergency assistance, and to avoid injury or illness or to escape risk of harm, is also exempt from the rule of six.

Support groups – formally organised groups that provide mutual aid, therapy or any other form of support – also are exempt. The guidelines state that this includes, “support to victims of crime, recovering addicts, new parents, people with long-term illnesses, those facing issues relating to their sexuality or gender, and those who have suffered bereavement.”

Tyra Banks Is the New Host of DWTS, So the Ballroom Just Got More Fierce

Will the Musical Be a Bigger Hit Than It Was on TV?

Bling Empire season 2? What we know so far