“Mamma Mia! Here We Go Again” premiered last Friday bringing a wealth of charming choreographed musical numbers and a sweet taste of nostalgia to a summer that definitely needed it.

The film, which is a sequel to the ABBA-inspired 2008 smash hit, is rife with musical talent – like Cher – and filled with glitzy garb and sartorial nods to the ’70s. Inspired by the on-screen championing of super flared jeans and metallic blazers, the online data pros over at Lyst decided to track the influence the film and ABBA have had on the items people purchased around its debut.

From super-flared jeans to metallic blazers, ABBA style is having a moment according to Lyst.

From platform shoes to sparkly denim embellishments, the global fashion search platform has seen an uptick in many of ABBA’s shiny and retro jean staples that have been lovingly recreated by costume designer Michele Clapton for “Mamma Mia! Here We Go Again.” 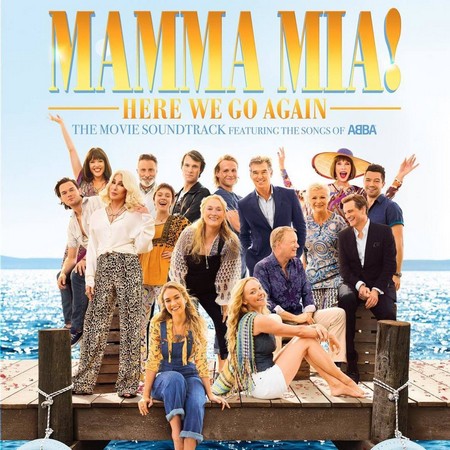 Ahead, see the top seven ’70s styles that are making a comeback, and shop a few of our suggestions if you want to look like a proper dancing queen for the rest of the summer.

Swap your skinnies for a pair of flares. Searches for the retro denim staple, popularized by ABBA in the ’70s, have gone up 232 percent from last year.

Members of ABBA frequently performed in jackets replete with sparkly jewels, buttons and chains. At present, searches for embellished jackets are up by 263 percent.

Metallic blazers are a nod to ABBA’s infamous statement trouser sets. Lyst has seen a surge in interest for the shiny outerwear this year with searches for the garment up 73 percent.

If you’re going to add some sparkle to the upper portion of your body, then you might as well sprinkle some glitter on your lower half as well. Lyst has seen a huge appetite for rhinestones and sequin-adorned denim pieces this year with embellished jeans up 51 percent from 2017.

Interest in speck-free, “Saturday Night Fever”-era, white statement boots is up 65 percent. Though, to be fair, that can also be attributed to a broader current white-boot fashion trend.

Searches for denim jumpsuits are up a whopping 2,000 percent, perhaps thanks in part to the ruffled dungarees Lilly James wears in the film.

Chunky platform shoes were a hallmark of ABBA fashion. With designers like Gucci bringing the thick footwear back to the runway, it’s no surprise that Lyst has seen a 22-percent rise in searches for the style.

Shop our top favorite picks, from Coach’s 50 percent off sale

The High-Rise, ’80s-ish Shorts That Has Maura Living Out Her Sloane Peterson Fantasies