This is actually par for the course for most pop songs that aren’t completely written by the stars themselves. When a hit is amazing, every pop singer in town wants to record it – and sometimes it’s offered to several artists before finding its rightful home.

These 21 examples will blow your mind.

There are certain pop songs that just feel like they were made for the artists who recorded them. ‘Toxic’ by Britney Spears, for example, has a palpable sexiness and flair that feels quintessentially BritBrit. ‘Umbrella’ is booming and confident-the trademarks of a Rihanna hit.

But what if I told you both ‘Umbrella’ and ‘Toxic’ were originally pitched to other artists before Rihanna and Spears, respectively? It’s difficult to imagine anyone else singing these bangers, but it almost happened. 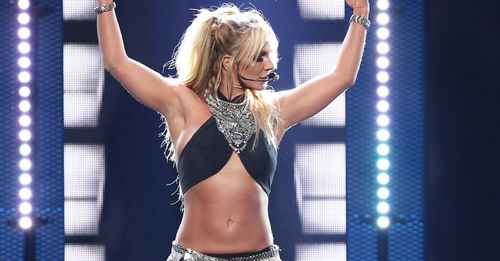 Yes, the glossy, electro-pop delight that earned Spears her first (and only) Grammy was almost Minogue’s baby. “I wasn’t at all angry when it worked for her,” Minogue said, according to Capital FM. “It’s like the fish that got away. You just have to accept it.”

Selena Gomez’s hit ‘Come & Get It’ was intended for Rihanna.

If you think ‘Come & Get It’ has a Rihanna vibe to it, that’s because the track was originally meant for her. The song eventually became Gomez’s first bona-fide smash.

And if that’s not enough: Rihanna passed on Miley Cyrus’ track ‘We Can’t Stop’, too.

But the weirdest almost Rihanna song? Ed Sheeran’s ‘Shape of You’.

After Sheeran finished ‘Shape of You’, he thought it could work for Rihanna. (He was originally in the studio writing for other artists.) “And then I started singing lyrics like ‘putting Van the Man on the jukebox’ and I was like, ‘Well, she’s not really going to sing that, is she?'” Sheeran said.

Can you imagine Christina Milian singing Rihanna’s ‘S.O.S.’? Because that almost happened.

Milian actually cut a version of ‘S.O.S.’ but chose not to include it on her album. The track found its way into Rihanna’s pocket and, eventually, into the charts.

Spears recorded a demo of Lady Gaga’s bop ‘Telephone’ but decided it wasn’t right for her 2008 album, Circus.

Spears’ version is auto-tuned out of an inch of its life and…not very good. (It also doesn’t include Beyoncé, which is a fail.)

It was allegedly proposed to Spears as her comeback single.

‘Since U Been Gone’ was turned down by both Hilary Duff and P!nk before Kelly Clarkson recorded it.

It became Clarkson’s signature song and one of 2005’s biggest hits. We wonder if Duff or P!nk have regrets.

Likewise, ‘Miss Independent’ got the boot from Christina Aguilera and Destiny’s Child before finding a home with Clarkson.

Aguilera actually co-wrote ‘Miss Independent’ with the intention of adding it to her Stripped record, but that didn’t happen.

“I think I did hear the song, but not in the format that we all came to know and love,” Hilton told Digital Spy. “If I’d heard that, of course I’d have jumped at the chance.”

Apparently, Jackson can live without boys.

Sia reached out to Katy Perry and Rihanna about ‘Pretty Hurts’ before Beyoncé.

According to The New York Times, Sia emailed ‘Pretty Hurts’ to Perry, but the ‘Roar’ diva never saw the message. Rihanna’s people reportedly held onto the song for months but never paid to secure it. “When Beyoncé heard it, she slid into home base and just closed the deal,” Sia told the Times.

Perry actually helped pen ‘Black Widow’, but she didn’t keep it for herself. “Perry had just put her album out,” Azalea told Ryan Seacrest, Idolator reports. “So I said, ‘Hey, Katy, why don’t you let me take this and do something for it? I have an album that’s just about to drop. And I would love to see it kind of come out for the world to hear ASAP.’ And she said ‘Alright.’”

Estefan wrote the song for herself but ultimately tossed it to Lopez because she felt it was too similar to her previous work.

The Huffington Post reports Scherzinger told Notion magazine she passed on ‘We Found Love’ because she wanted to take a “break” from dance music. In the same interview, Scherzinger says ‘Just Dance’ came across her desk during her PCD years, but the group swiped left on it.

Finally, the bomb of all bombs: TLC was offered ‘…Baby One More Time’ before Spears.