We all love the feeling that comes from posting a picture of ourselves looking particularly fly and then watching the likes roll in for the next three hours, but could the act of taking selfies actually be addictive?

According to a study by Drs. Mark Griffiths and Janarthanan Balakrishnan published in The International Journal of Mental Health and Addiction, maybe. What’s more, there’s a medical term for people who feel particularly compelled to take them: selfitis.

The doctors, who are associated with Nottingham Trent University and the Thiagarajar School of Management, respectively, studied and analyzed the selfie-taking habits of a sample of 400 people in India (the country with the most Facebook users in the world), and concluded that not only is selfitis a real thing, but there’s a scale to it as well.

If you’re looking to place your vanity on a spectrum, here goes: Borderline selfitis is characterized by taking at least three selfies a day but not posting them, acute selfitis is defined by taking three selfies a day and posting them, while chronic selfitis means taking selfies constantly throughout the day and posting at least six of them to social media. So, by those standards, it’s safe to say pretty much any influencer or social media personality can be said to have at least acute selfitis. Not that we’re ones to judge.

“Typically, those with the condition suffer from a lack of self-confidence and are seeking to ‘fit in’ with those around them, and may display symptoms similar to other potentially addictive behaviours,” Dr. Balakrishnan told The Telegraph. “Now the existence of the condition appears to have been confirmed, it is hoped that further research will be carried out to understand more about how and why people develop this potentially obsessive behaviour, and what can be done to help people who are the most affected.”

The term ‘selfitis’ actually began as a joke in 2014, when a spoof news story reported the American Psychiatric Association was considering classifying it as a disorder. Now, it seems the term and the so-called ‘Selfitis Behaviour Scale’ are being taken seriously by some in the medical community. And given how much time many of us spend admiring ourselves through our iPhone cameras, it’s not hard to see why the term has taken on a sense of legitimacy.

However, not everyone is convinced. Mark Salter, a spokesperson for the Royal College of Psychiatrists told The Telegraph: “There is a tendency to try and label a whole range of complicated and complex human behaviours with a single word. But that is dangerous because it can give something reality where it really has none.”

Whether or not you believe in selfitis, if you’re curious where you may fall on the scale, there’s a 20-question test (available here) that can supposedly tell you. 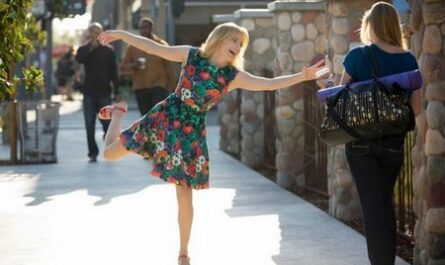