<217 -->Since arriving in New York City in 1964, Christo and Jeanne-Claude have always compared their work to that of urban planners. The very fact that their larger-than-life projects are subject to approval by local authorities makes them resemble public construction projects more than works of art.

This is what the new monograph Christo and Jeanne-Claude: Urban Projects<219 --> (Distributed Art Publishers) seeks to showcase. On the heels of a Galerie Gmurzynska retrospective in Zurich featuring six decades of their sculpture, drawings, photographs, and archival material, the book presents drawings, collages, and models for many other lesser-known works.

A drawing of The Mastaba when it was proposed for installation in Abu Dhabi. It is currently slated to be unveiled in London’s Hyde Park next month. 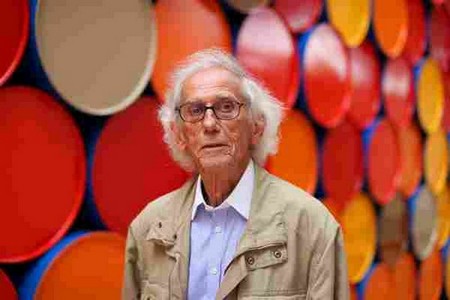 <232 -->Now, Christo is at work on a new piece in London’s Hyde Park, his first in the U.K. The Mastaba<235 -->,<236 --> which started construction in April, is being built from 7,506 multicolored barrels stacked into a trapezoidal pyramid that stands 65 feet tall, 90 feet wide, and 130 feet long, all floating on Serpentine Lake behind Kensington Palace. The temporary sculpture, set to be completed in late June, will be on view to the public through September 23. This is Christo’s second collaboration with Bloomberg Philanthropies. (The organization’s founder, former New York City mayor Michael Bloomberg, was an ardent supporter of The Gates,<238 --> comprising 7,503 vinyl gates along 23 miles of pathways in Central Park.)

AD<241 --> spoke with Christo, 82, at his SoHo studio where he’s in town in between trips to London for The Mastaba.

Architectural Digest:<246 --> Please talk about how you see yourself as more urban planner than artist.

Christo:<249 --> A painting is a flat surface and a sculpture is a 3D surface. All that space is shaped by the artist. With contemporary art installations, that space is shaped by the artist, whereas sidewalks are designed by an urban planner. It’s commanded by people walking in the space. The space is used by humans. We never do projects in the countryside – only in cities where there is a relation to humans. When we wrapped the Reichstag in Berlin, for example, the work of art becomes the space.

Christo:<266 --> There was no separation. It was all simultaneous. We argue, we fight. It’s a continuous conversation.

AD<270 -->:<271 --> Because your projects are subject to approval by local authorities, via public hearings at times, does this change the way you, and Jeanne-Claude when she was alive, view these projects as more public construction projects rather than works of art? And is the process any easier now that you’re so established?

Christo:<274 --> These projects are so complex. The first part is the software. We have to do many large-scale, life-sized tests with real dimensions to learn if a project will work. It’s not just a sketch and then we do it. It’s a huge buildup. We failed to get permission for 47 projects over the years, and it took 25 years to realize some. The work only exists in the minds of those who help us and those who try to stop us.

Before the Pont Neuf, in Paris, could be wrapped, Christo and Jean-Claude created countless drawings and schematics like this one, The Pont Neuf Wrapped (Project for Paris), Collage, 1975.

<285 -->The second part is the hardware. We are working with the elements – the sun, the wind, the sky – which cannot be put in a museum. It’s so physical. There is so much restriction. There is real drama and real violence with our work. Sometimes we need to wear bulletproof vests – we were threatened when we wrapped the Reichstag – and are guarded by security guards. It’s not theatrical. It’s the real story. The real things. A completely different dimension. Former Secretary of State Madeleine Albright went to the Middle East to fight for us on behalf of The Mastaba<287 --> project in Abu Dhabi in the UAE. The installation was originally intended to be in Holland; then Houston, Texas; and finally near Lake Michigan. The professional people move the project along for us. We are not engineers.

AD<291 -->:<292 --> Can you please speak about your unrealized works such as the planned wrapping of NYC skyscrapers? Might you ever revisit those plans?

Christo:<295 --> “Some projects were refused and we lost interest. And some we still have interest in. But they’re all site-specific.”

Christo:<312 --> It’s very exciting. We never tried to do work in London before.

AD<316 -->:<317 --> The London gallery project is supported by Bloomberg Philanthropies, which, of course, also supported The Gates<319 --> in Central Park. What is your relationship with this organization and what makes it a great partnership?

Christo:<322 --> Bloomberg is supporting the exhibition “Barrels and The Mastaba: 1958-2018” inside the Serpentine Gallery. It will feature original sketches of The Mastaba.<324 --> An overview of the barrels. Not about our wrapped pieces, only about the barrels, with a focus on the project in the Middle East.

Christo:<341 --> It’s for everybody to use. They use these spaces. We are renting these spaces from the public. We are using and living it.

Christo and Jeanne-Claude in front of the Reichstag Building, Berlin, 1993.

Christo:<358 --> There is no such thing for me. Each project is like an exposition in our life. We live the life of the project. It’s our journey – an unforgettable journey.

Christo:<366 --> They are all a variety of battles. It’s part of the reality to get the permission. I’m not a masochist. It’s not process art. They are all dramatic, joyful for their own reasons. Different energies, they cannot be compared. They’re like our children. We like them for different reasons. They happened during different times in our lives. We have an unstoppable urge to do these things. 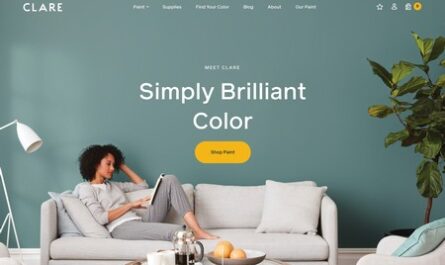 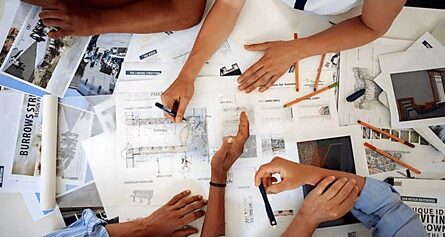 Can Participatory Design Save the World?