The first thing I do when I decide to go on a road trip or head to a new country, is to figure out what are the cool and quirky things I can’t miss. There’s the usual tourist attractions and the restaurants you’ve got to try, but I also like to find things off the beaten path.

Sometimes, I get lucky and find a rare treasure of a tourist trap, but other times the worthiness of an attraction as something everyone must see, gets called into question.

I dunno, you decide if these would be worth your time. 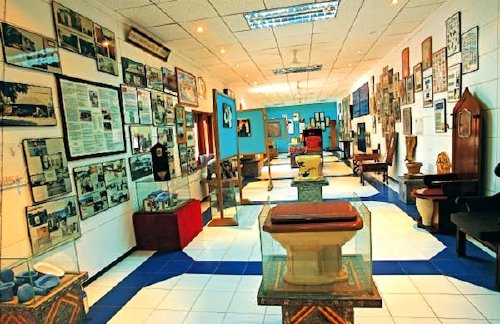 New Delhi, India
There’s pretty much a museum for everything else, why not for toilets? Curated by a Doctor who was curious about the history of the latrine, he collected every sort of toilet and shitter from the early days of man, and put them on display.

I shit you not. 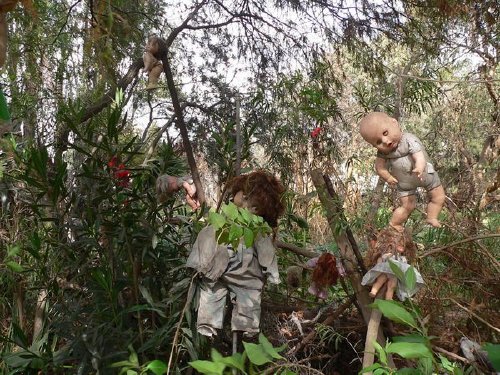 The Island of the Dolls

Mexico
This abandoned island was the hideout of Don Julian Santana, who was banished for an alcohol addiction. He then discovered the island to be haunted by the ghost of a little girl, so to appease her, he started collecting and hanging dolls.

What started off as a few dolls, is now a few thousand dolls hanging in the trees, hiding in bushes and creeping out the tourists that come to check out this spooky place. 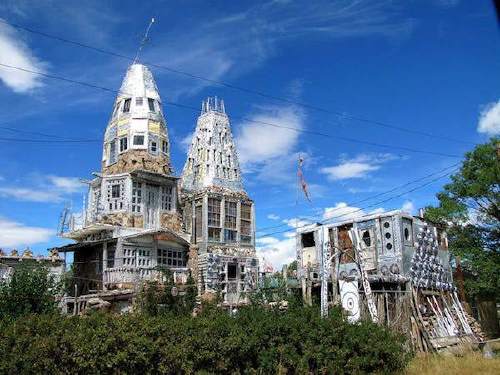 Colorado
Built by a Native American Vietnam Vet, this castle is constructed of scrap materials, beer cans and hubcaps. As expected, he didn’t really come back from war unscathed and has spent his time stateside building this structure he calls “Jesus Castle,” while living off the grid.

Might be worth a visit, if you’re into homemade constructions signs from god. 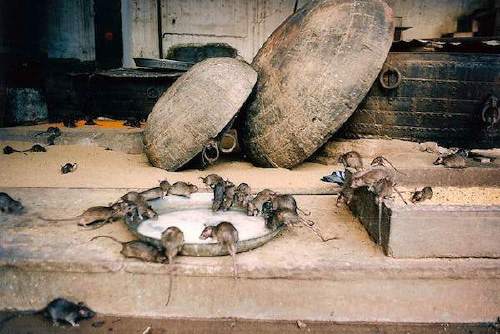 Deshnok, India
This temple in India goes by another name locally; the Temple of Rats. This isn’t because it’s infested with them as a pest. Nope, it’s a temple for them.

Named after the Hindu Goddess Karni, who believed that her family members would be reincarnated as rats, the town worships all 20,000 rats in the temple and considers them sacred. On the flip side, all the food and worship has made these rats incredibly friendly and domesticated. 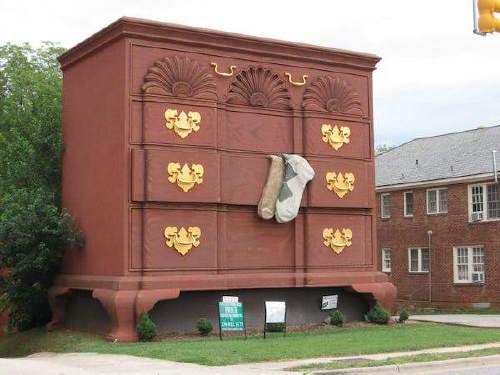 North Carolina
Originally built by the High Point Chamber of Commerce in 1926 to define the town as the furniture capital of the world, it’s now a curious oddity. Whether or not people drive for miles to check it out is unknown. What I do know is that in 1996, the town decided to commission two giant socks to help accentuate the landmark. 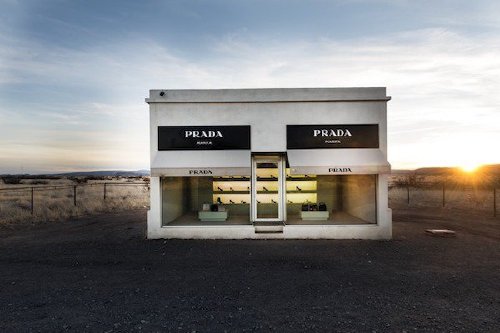 The Prada in the Desert

Texas
This has to be one of the strangest attractions in the US of A. Built by a pair of artists in 2005, this is a structure with no door, filled with Prada merchandise. Situated outside of the town of Marfa, people come from all over to check it out, take Insta selfies and gawk at the collection of bottomless bags and right footed shoes (to prevent someone from being tempted to steal.) 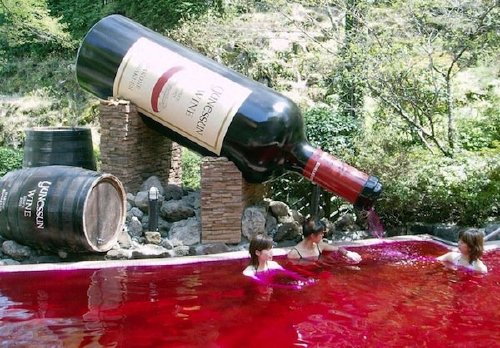 Kowakudani, Japan
It’s basically a wine-themed spa, with a giant pool that tinted purple/red and smells like grapes. While they don’t let you bathe in real wine, they try to simulate the experience as much as they can for you.

Apparently Cleopatra and Queen Mary believed that this would help rejuvenate their skin. Personally, I don’t consider getting relaxed and smelling like a Merlot to be relaxing. It’s more of a morning after a shitshow of a night, kind of thing. 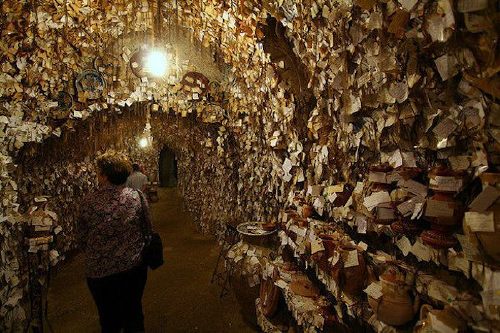 Avanos, Turkey
Hidden under a pottery store, is this cavern full of thousands of locks of women’s hair. As the legend goes, the original owner of the store asked a female friend for a lock of hair to remember her by. I guess he started asking others too, and started a collection.

Starting in 1979, the collection was opened to the public and they even have contests for people to vote for the best looking lock of hair out of the 16,000+ down there. I’m not making this up. 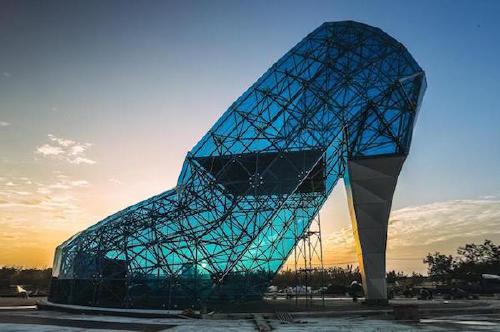 Taiwan
You’d think this was a store or a fashion museum, but instead, it’s a church. But not just any church. There’s no denomination here, no services. It’s just a place to make wedding announcements, pre-wedding shoots and other fun, fashion-related things.

Not sure why it’s called a church then. 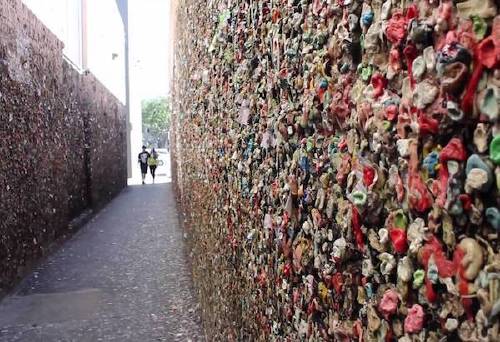 California
As with most unorthodox attractions, no one figured this would become a thing. Apparently, back in the 1950’s, some school kids started placing their chewed gum on the wall of an alley. From there, it evolved from a thoughtless prank, to a guidebook highlight.

That’s just pretty gross, if you ask me. 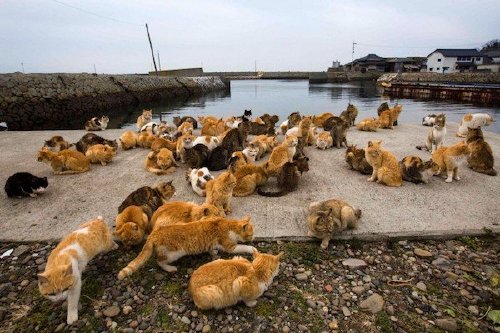 Tashirojima, Japan
If you’re a crazy cat lover, or know one, this is the perfect place for you to retire. There are over 600 elderly cats and they outnumber the humans on the island.

Originally, the cats were brought to the island in the 1800’s to help the fisherman manage the silkworm population and the cats today are the furry descendants of those original felines. Personally, it’s a fishing island full of old, angry cats a handful of people. 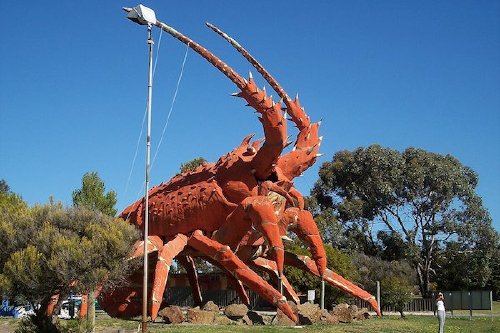 South Australia
No one’s sure why there’s a giant 56ft tall steel and fibreglass statue of a lobster down under, but there you go. There is one.

Known locally as “Larry the Lobster,” he’s one of Australia’s 150 Big Statues all over the island. Sounds like a right potential road tripper there, mate. 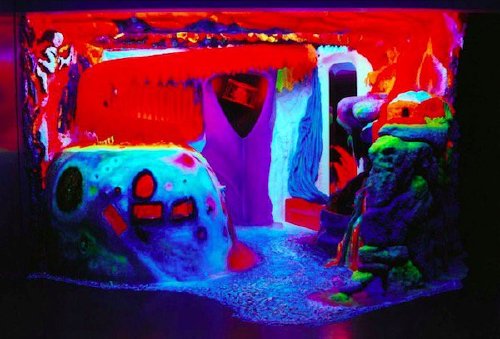 Amsterdam, Netherlands
While it seems to be related to the Jimi Hendrix album in name, it’s actually more of a psychedelic tribute to neon and florescent sculptures. But they do play his music too.

But if that’s not trippy enough for you, there are certain cafes you can visit. 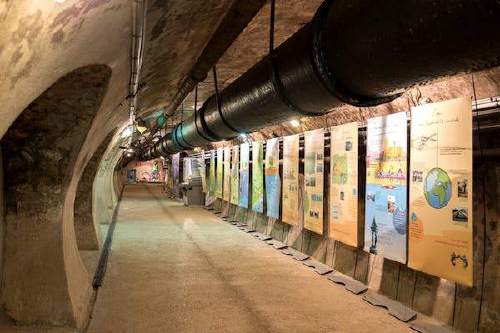 Paris, France
Since I highlighted the toilet museum in India, might as well draw attention to the opposite end of things, with the sewer museum.

With the intention of demonstrating the significance of sewer infrastructure and water purification, it’s not going to be the most exciting museum you’ll visit in France.

But it’s a good way to flush away an afternoon. 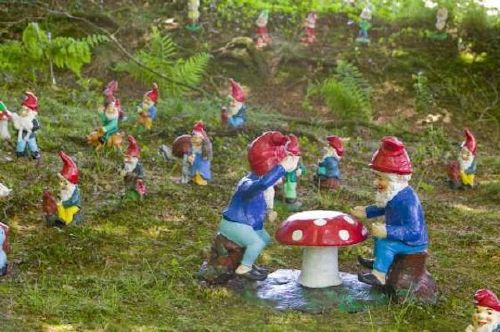 Devon, England
There’s an area in the forest where thousands of gnomes have been placed. Some are the result of abandonment, while others are brand new, and all are in different kinds of situations, positions and conditions.

It’s really a surreal place, and if you’re interested, they have gnome hats and fishing rods free of charge, if you want to blend in with the rest of them. No joke. 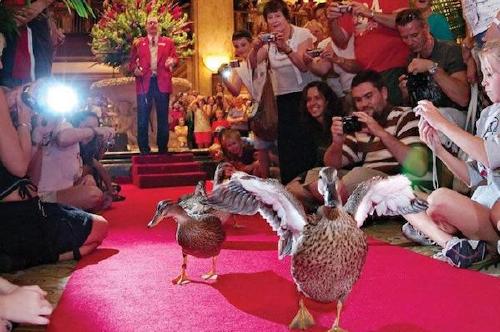 Memphis, TN
At the Peabody Hotel in downtown Memphis, there’s a daily parade of ducks. Going on its tenth year, the ducks are picked up every morning from their penthouse, elevators down to the lobby, and they’re allowed to walk the catwalk to the ornate lobby fountain to play.

At dusk, they march back to their luxury suite and rest for the next day’s activities. That’s just ducking nuts. 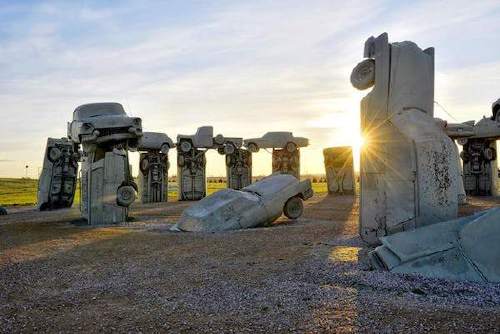 Nebraska
If you don’t think you’ll ever make it to England to see the real Stonehenge, don’t worry, Nebraska’s got you. Carhenge is a carbon copy of the druidic monument, but with white painted cars, and without the sense of mystic magic. 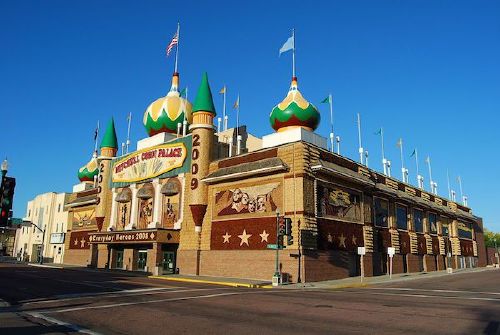 South Dakota
Built in 1892 to showcase the latest and greatest in local farmers’ corn growing skills, it’s now a venue for festivals, games and trade shows. So really, there’s not much to see.

But that name though. It sounds so epic. 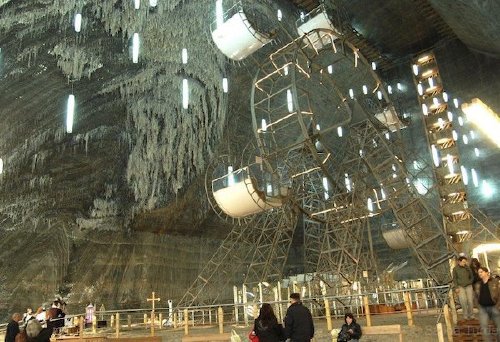 Romania
Known as Salina Turda, this salt mine was established in 1075 in Transylvania. After depleting the resources in 1932, this cavern used to store cheese. Then in 1992, some young enterprising gentlemen turned it into a subterranean amusement park, complete with mini golf, a Ferris Wheel and a Carousel. They even have paddle boats.

While it sounds cool and would make for a sick snapchat story, it’s a long way to Romania, and a long ride down, just to sit on some wooden horses. 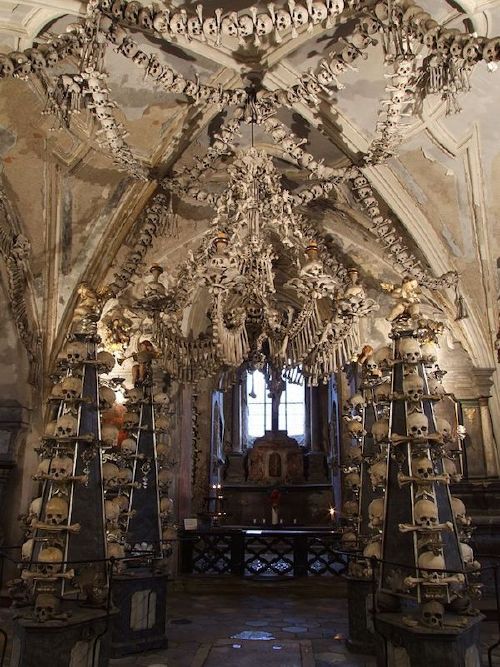 Czech Republic
Beneath the Cemetery Church of All Saints is a chapel decorated with human bones. It’s estimated that the ossuary in the chapel contains between 40-70,000 skeletons, that have been turned into chandeliers, decorations and furnishings.

Considering that the bones are a result of centuries of plagues, diseases and murder, really doesn’t to much for making the chapel feel tranquil and safe. 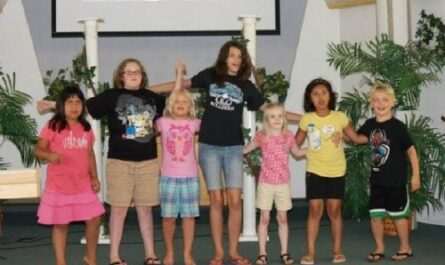 You had to look twice? Yeah, me too… 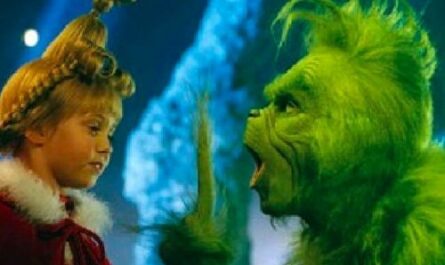 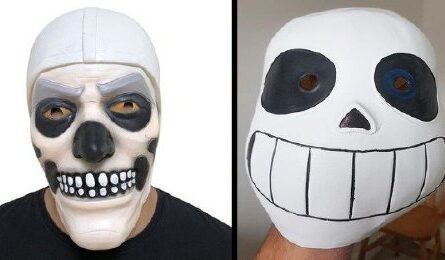 Oh, the instances we come across in this life…