In the last week, photos have emerged of actor Dominic West, 50, kissing and cuddling Lily during a trip to Italy.

But while West’s career is still going from strength to strength – it’s just been announced he will be playing Prince Charles (during the affair years…) in The Crown, and an Amazon promo has just been released of him grinning in a Porsche for a new wine show – Lily’s career is decidedly not.

This week Lily James was meant to be doing a whirlwind press tour to publicise the release of her latest film, Rebecca. Instead, she’s hiding at home.

The 31-year-old actor has cancelled all of her upcoming interviews, from the Today show to the Graham Norton show, where she will be replaced by Rebecca co-star, Kristen Stewart. She was also booked onto Jimmy Fallon’s Tonight Show on Thursday, but it’s no longer clear if she will still appear. 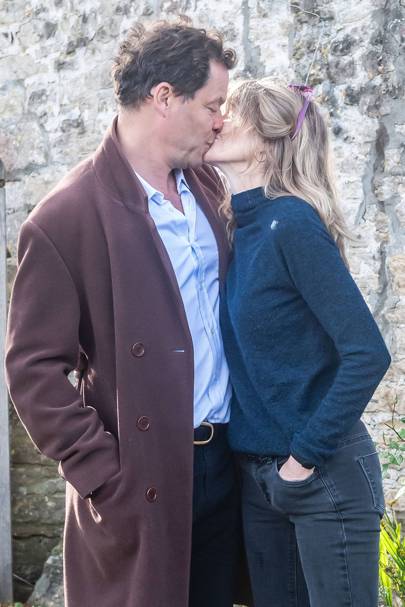 Her crime? Kissing a married man.

Instead, it seems that she has been forced into the depressingly sexist tradition of becoming the hated ‘other woman’ – the one who is blamed entirely for seducing married men, while said married men smile sheepishly and are instantly forgiven. Cue photos of West outside his home with the sheepish smile, and his arm around his wife Catherine FitzGerald as they announced to the press they have not split. While Lily, who recently split from long-term boyfriend Matt Smith, has not been photographed at all. Especially not with a sheepish smile. 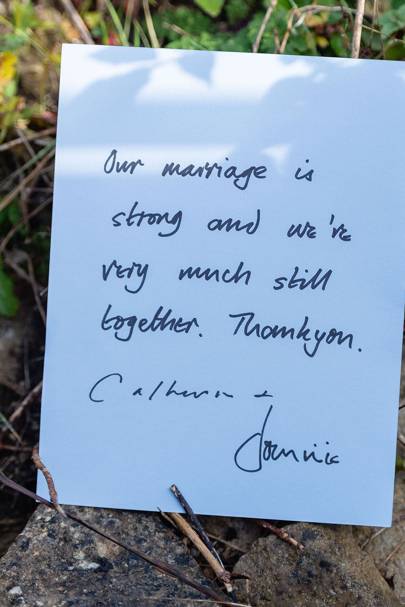 The worst part is that we’ve seen this all before. When Brad Pitt left Jennifer Aniston for Angelina Jolie, headlines proclaimed that the latter had ‘seduced’ him, and the internet instantly split into Team Angelina or Team Jennifer. Pitt was largely left blameless; a simple pawn who was bewitched and captured by Jolie – even though in every interview she gave, she spoke about how they’d both slowly fallen for each other whilst filming Mr Mrs Smith.

The same happened with Sienna Miller back in 2008 when her affair with married actor and DJ, Balthazar Getty was exposed, and he left his wife and four children for her. It happened again when it came out she’d had a brief affair with Daniel Craig whilst still with Jude Law – even though Law himself was revealed to have had an affair with their nanny Daisy Wright during a similar time period.

While Kristen Stewart recently spoke about her own experiences of being the blamed woman back in 2012 when she was dating Robert Pattinson and was pictured kissing director Rupert Sanders. She was 22, he was 41 and married to model Liberty Ross. Yet it was all seen as Stewart’s fault – so much so that she wasn’t allowed to star in the sequel of Snow White and the Huntsman, which he went on to direct.

“We lived in a different time then, you know what I mean?” Stewart told Howard Stern last year. “I feel like the slut-shaming that went down was so absurd. They didn’t put me in that movie because I went through such a highly publicised scandal, and so they were, like, scared of touching that. That was a really hard period of my life, I was really young, I didn’t really know how to deal with that. I made some mistakes. And honestly, it’s no one’s business.”

She’s completely right – apart from the fact we lived in a different time then. The recent headlines about Lily James suggest we don’t; it’s still the woman who is slut-shamed and forced to pay the consequences, while the man walks free. Even though in most of these situations, the man was older and married, breaking vows to his wife, while the women were young, free and single.

James herself recently spoke about affairs and mistakes in an interview with Harper’s Bazaar before the news about her and West broke. “The character against Rebecca, she went against all norms as a woman, disobeyed her husband and had affairs, was basically just brilliant and that was only in the 1930s. People are afraid of women when they’re unleashed, and women are warriors, and that’s intimidating.” 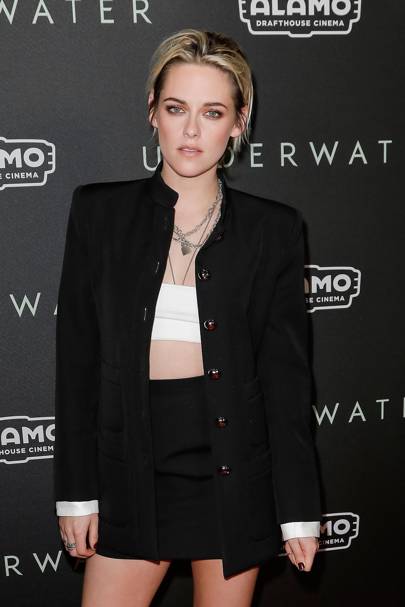 She also spoke about being a rebellious teenager, adding: “I think I make mistakes all the time and I feel that’s what life’s about and I would never want to run away from a situation or be too scared to act.”

Her words echo those of Stewart, talking about making mistakes in her youth, and those of Miller, who told GQ in an interview: “I think if you put a camera in anyone’s life and document it daily for six years, from the age of 21 to 27, there are going to be things that aren’t always pretty. Those are the rebellious years, the years of self discovery.”

Just because these women are in the limelight doesn’t mean they should be punished for their mistakes – mistakes that many young, single women make. Especially when their male counterparts, who are arguably more to blame, can shrug it all off with a sheepish smile and watch their career continue to blossom. This doesn’t mean let’s punish the men too. It just means that in 2020, it’s really time to stop judging women so harshly for their personal lives. As James herself says, we all make mistakes all the time, and that’s what life’s about.