Based on the Nickelodeon cartoon, Fate: Winx Saga follows Abigail Bloom, a Californian teenager who after a devastating accident, learns she is in fact a fairy.

In order to learn how to harness her power, Bloom moves to a magical boarding school in the ‘Otherworld’ where she not only has to come to terms with her newfound powers but must also combat against monsters who threaten their very existence and the charms of a few cute boys. Think of it as a Harry Potter meets Riverdale mash up with the teenage angst of The OC – now that is a TV cocktail we want to sip on!

Abigail Cowen is pure joy as she appears via the power of Zoom from her family home. The former star of The Chilling Adventures of Sabrina – alongside Kiernan Shipka – is stepping into the leading role she deserves in Netflix’s latest teen TV drama, Fate: The Winx Saga, and the nervous excitement shows.

The coming-of-age story speaks deeply to Abigail as she reveals in the latest episode of GLAMOUR UNFILTERED – our bi-weekly celebrity chat show hosted by Josh Smith. Here, Abigail opens up about her own coming-of-age moment after suffering at the hands of bullies at school for simply having red hair, the lessons she has learnt from therapy and how she manages her mental health…

How did you mentally prepare yourself for the pressure of taking on the leading role of Bloom in Fate: Winx Saga?

Geez! You kind of don’t. I found out a week or two before I had to fly out. It was a huge shock and I had never had a role this big before where I was working day in, day out with a bunch of lines to know. Being the centre of a show is really terrifying. It was wonderful getting to set and realizing that it wasn’t as intimidating as it seemed in my head, because everyone was so welcoming and so kind and experienced. That definitely helped!

How do you look after your mental health both on set and off?

That’s a good question. I’ve learned I’m an introvert but I can get carried away with people-pleasing in a sense of forgetting that I’m an introvert and really overextending myself. Making sure that I do listen and check in with myself a lot and see if I’m getting kind of overstimulated or see if I’m feeling really heavy or just exhausted, and listening to that and honoring that. That’s been a really big thing in my life that I’ve had to learn to manage, because I’m pretty bad at that.

Therapy as well is really wonderful – I’m all about therapy. I think we need to normalize it more, get people talking, in touch with their emotions, their past, realising why certain people do things and why you feel a certain way. That’s been life-changing for me as well. 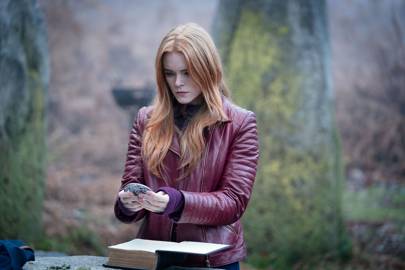 But for some reason in society, there’s such a heavy stigma around it. That breaks my heart because then people feel even worse for how they’re feeling and they’re ashamed – it sends them deeper into this pit. It’s definitely something that needs to be more widely accepted for sure.

That healing is not linear. That it’s not just something where you’re going to wake up one day and feel great. There are going to be days where you’re dealing with a new issue. You have to figure out how to deal with it and figure out the tools to deal with it, because tools are so important. Those are the things that you do learn in a therapy setting.There will be times where you don’t feel your best self, and that’s okay. Be patient with yourself and continue on. 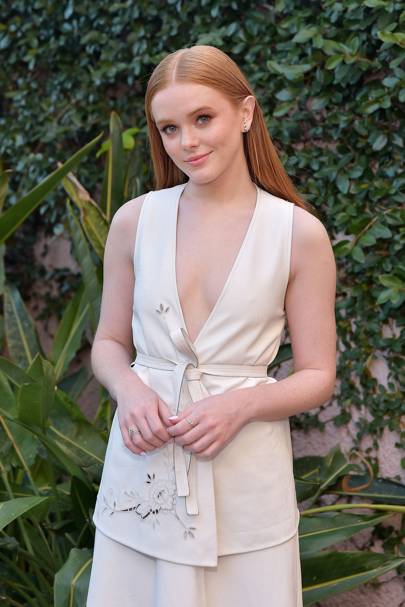 I’d say actually middle school to high school time. I was very bullied in middle school for actually having red hair. Just brutal stuff written on the internet. It was just when group chats were starting to become a thing on the internet. I think it was through Gmail. All of these kids at my school joined in and were just talking about just something – my hair – that made me different. I was probably the only ginger in my class or whatever!

At that time, you don’t want to feel different. You want to fit in. You want to be just like everyone else. That, for me, was a very traumatic experience, being made fun of. Going through that, I had to learn to love myself. It took a long time. It was definitely a journey. I was homeschooled in my eighth grade year and then in high school, I went to normal high school. But it really grew me – it made me have to learn to love what makes me different.

I think that’s also what this show really represents is that all these girls have actual superpowers, but if you want to talk about it in a real life sense, everyone has a superpower, it’s just your superpower is what makes you different. Once you embrace it, that’s when it becomes powerful and that’s when you are powerful. I just think there’s so much truth in that. I think that it’s such a beautiful message for so many young men and women going through whatever they’re going through, because those years are horrible, hard, messy, and confusing. 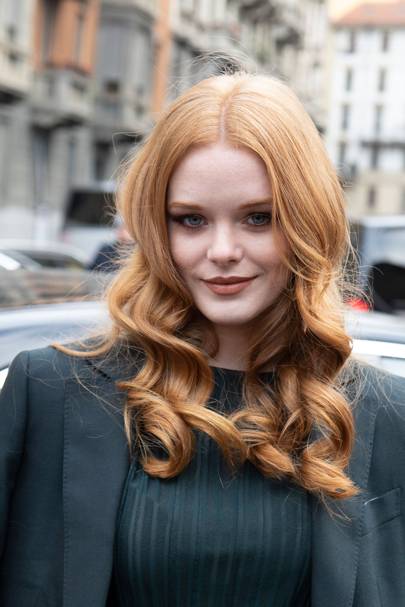 Have you used that experience to fuel you forward in some ways?

Yes and no. That might just be human nature, kind of wanting to prove people wrong but I don’t know if I want to live in my career and in my life like that, because also I feel like if I were to, it could also be a recipe for disaster. For so many people once they get to the level that they’ve been hoping to get to and it’s to prove everyone wrong, they’re kind of like, “Okay, what now?”

I would be lying if I haven’t felt that feeling of anger and, “I want to go get there,” but I also want to check in with myself a lot and I want to hold myself accountable and realise that is not a good way to live. We need to forgive. We need to love. We need to understand and give grace and recognize that hurt people, hurt people. Those kids that probably were bullies at that time were probably going through their own hard stuff. You never know so I also want to remind myself of that as well.

Laverne Cox on White Beauty Standards: “We Should Be Able to Wear Our Hair Any Kind of Way”