“I was staying at a co-ed hostel in London. I got up in the middle of the night to use the bathroom. The door to the second stall was wide open and inside was a man wearing a Hogwarts Sorting Hat and pantyhose under boxers, both of which were around his ankles.

He was sitting down with his face propped up by his fists supported by his knees. He was asleep and snoring.”

“My mom recently walked into the kitchen in the middle of the night to my brother standing on the island with a stethoscope to the ceiling. He thought he heard a critter.” 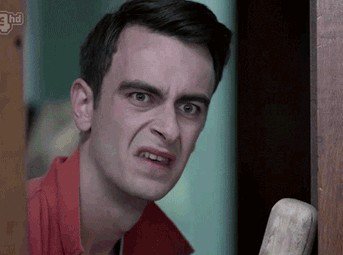 “When I was on a school trip I shared a room with this guy and ours was the only room without it’s own bathroom. The only available one was in the hotel corridor, which had no lock, so whenever we went to use it the other person would stand outside the door to prevent anyone from going in.

One of the times I was standing outside, he’d been in there a long time and he didn’t answer me when I asked if he was okay, so I took a quick peek out of genuine concern. He was standing naked in the shower, having a shit, then picking it up to throw in the toilet.

I never said anything.” 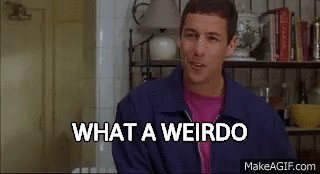 “I walked in on my dad eating a stick of butter like it was a candy bar.”

“I walked in on my roommate talking to herself and replaying what I assume was some comedy/sitcom scene or something. I mean not the weirdest thing because I play funny scenes out in my head as well, but she was doing the different voices and everything.”

“I walked in on a co-worker, in the bathroom, clearly putting his bag of cocaine back into his sock. He thought the door was locked.”

“Some people have walked in on me typing on a keyboard with my toes rather than hands. Simply because I wanted to see if I could do it and get some speed.” 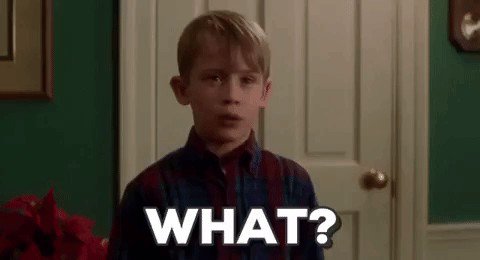 “High school party. I was trying to find the bathroom. I walked in on two of my guy friends, dressed in only their underwear, slurring to each other while they shampooed each other’s hair over the sink.

They were too drunk to explain what was going on, and didn’t remember it the next day.” 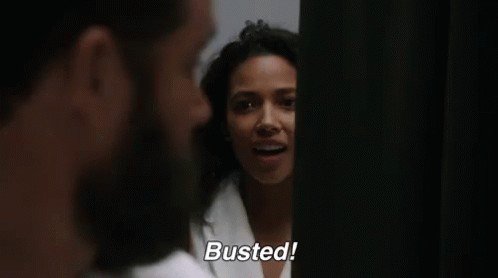 “My girlfriend likes to tell the story of how she came home from work one night, turned on the lights to see me eating cold spaghetti in the dark.”

“I was sleeping on a buddy’s couch one night but woke up in the middle of the night due to some sciatic pain in my back. I know a good stretch though, so I sat with my butt on the edge of the couch, tossed my right leg up with my foot on my knee and started bouncing my right knee with my right hand. It feels even better if you rock back and forth a bit stretching forward.

All of a sudden I look up and my buddy’s wife is looking at me from across the room in the dark. As soon as I look up she just walks away, before I can explain why I am rocking back in the forth in the dark like a crazy person.

The next morning I explained the situation and demonstrated the stretch during breakfast but for the rest of that night, she must have thought I was a complete psychopath.”

“Back in school my bio-chem teacher needed to grab some chemicals and opened the door to the storage – and in there right in my line of view my (~60 y.o) physics teacher was sitting on a chair spinning as fast as she could. I bursted out laughing.” 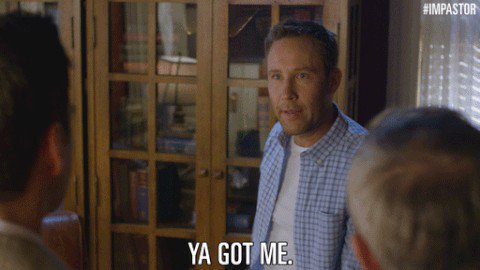 “My ex girlfriend walked in on me sitting on my couch naked at 5 am with my legs lifted in the air and farting on my fingers so I could get a fresh whiff immediately. We didn’t talk about it after that.” 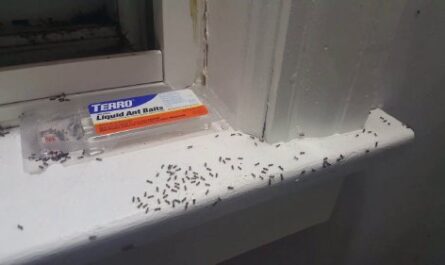 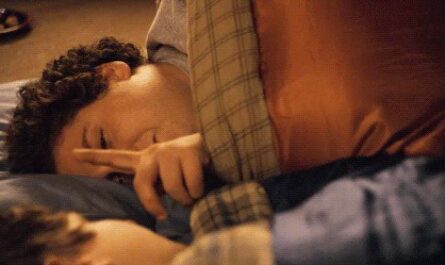 Straight guys reveal the most intimate moment they had with another guy, Photos 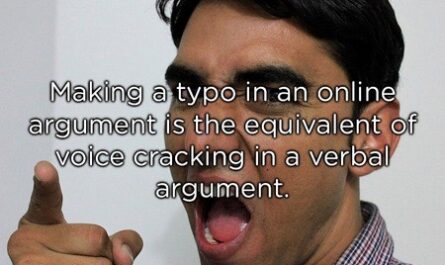