Amy Cooper, who no doubt has black acquaintances, black work colleagues and probably would tell you that she socialises with black people and therefore was not a racist, was caught committing, as blatant an act of racism as that committed on the defenceless George Floyd.

Yes, racism is a difficult topic, but please understand that it’s difficult for everyone and sadly, history will continue to repeat itself unless we are all brave enough to confront it. As a child you learn, that if you fail to deal with a problem, it will return time and time again. Racism is no different. We all have to take responsibility to ensure that not only do we educate ourselves, but each other too.

The killing of George Floyd in Minneapolis on 25th May struck a forceful blow to my heart. George Floyd was a man who was killed whilst under the arrest of a police officer. Why did this killing mean so much to me?

George Floyd was a black man and the arresting officer was a white police officer. Why does the colour of their skin matter? Sadly, statistics tell us that black males are 2.5 times more likely to die at the hands of an arresting officer than a white male and yet they only make up 13% of the US population. Many believe that law enforcement in America, from the arresting police officer right up to the justice system, is riddled with racism and so it is incredibly hard for a black person who comes into contact with a member of law enforcement to receive fair treatment.

Racism is an uncomfortable topic for many. It’s just not something that most people have to think about or discuss. We also know that the topic can cause deep offence or distress to another if not handled carefully, and so we shy away, fearful of perhaps being labelled racist ourselves.

My experience of racism growing up in England may surprise you. I came to England when I was just four, an immigrant from Jamaica. I had no idea what this new life meant for me and I can honestly tell you, I have no recollection of being ‘different’ until the first day an adult pointed it out to me. I was just five waiting patiently in the dinner queue for my lunch. When it was my turn, I asked for something using my best manners, but the dinner lady told me she wasn’t going to serve me until I “spoke English”. I didn’t understand her, because I was speaking English, and the queue was now building behind me. I repeated what I wanted, but this time she told me that I couldn’t have it, because I couldn’t speak properly. Thankfully a teacher saw what was happening and came to my rescue.

On another occasion, when I was roughly the same age, another child called me a ‘silly black’. Again, a teacher had heard and so the child was told off and that was the end of that, but I still remember it vividly. These examples were tame compared to other things that have happened to me over my lifetime here. There was one occasion when I felt I had to run for my life after being chased by some men who were wearing clothing that made me believe they were supporters of racist views. On other occasions I have been specifically told (after the event) that I have either lost jobs or not obtained roles because of “the way I comb and style my hair” (it was in braids at the time), or “because I didn’t fit the company’s expectations”.

I was asked once to make a formal complaint and told that I would be supported in doing so, but of course I didn’t. Why? Because what was the point? I was already of the firm belief that nothing would really be done, and even if it was, that others would still suffer. In any event, I needed to get a job so I could continue my studies, and so I moved on. That is something I have learnt to do often.

Being told that ‘you’re beautiful, but it’s such a pity that you’re black’ or being called ‘nigger’ as you’re waiting to cross the road by some men in a van whilst others around you put their heads down and say nothing is difficult. However, you do get used to it.

I had always wanted to be a Barrister, but was shocked at the racism I have and continue to encounter in my role. One would expect that those who act on behalf of all, and whose job it is to uphold, fairness, equality and justice would not behave in such a prejudicial way, but they do.

A classic example of such behaviour is where I am either already sat in a room with other barristers, who are all white, or I enter a room where all the Barristers are white. I will then be asked to either leave the room, because it is for Barristers only, or asked if I am the client or a social worker – because I couldn’t possibly be the Barrister! Now why would the white person who asked me that question be so bold as to assume I wasn’t a Barrister? What worries me is that it’s 2020, and there are still Barristers who believe or assume that only white people can be Barristers. How will those Barristers be able to represent those who are from ethnic groups with the vim and rigour they require? I doubt they can.

In my role I have represented many white people who have been accused of assaulting another on the grounds of their race – “no Paula, it wasn’t me, I actually asked for a black Barrister to represent me, because I’m not racist”.

However, I recently represented a gentleman who was from Saudi Arabia. He had married a woman from Saudi and they came to England and had a child. The gentleman was a doctor. The couple separated and the wife went on to inform the police that she was a victim of domestic abuse and that my client had been abusing his child. None of this was true, but the woman was completely believed by the police, social services and the Court system. Ultimately, I was able to prove the mother’s lies and Social Services were forced to write a grovelling apology to the father, accepting that their reports on him had been written “with unfortunate underlying racial tones”. The father told me that as a doctor, he had come across racism in his line of work, but never believed what he had read about those who had faced it in our legal system, he now understood their plight.

When Amy Cooper was videoed threatening a black man that she was going to call the police and tell them she was being threatened by an African American (she was under no threat whatsoever), I jumped for joy. Not for the pain that was going to result for both of these individuals (Ms Cooper has lost her job and been vilified across the world), but that here we had a classic example of micro aggressive racism in action. The type of racism that black people face every day. One where you never bother telling other people about, where you just shrug it off and let it pass over you.

Oh, and what had I been asking the dinner lady for? “A tomato please”. 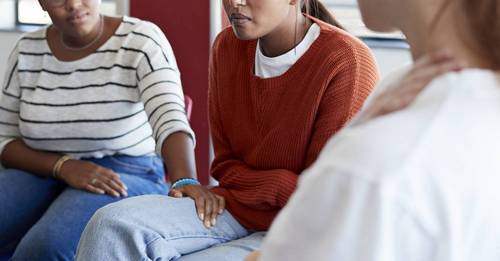