Speaking in the trailer, Billie says: “I definitely have fantasies about LA. It’s a whole different world, integrated with my world.”

Billie Eilish fans, fix up. Disney+ has just released the trailer for Bil’s concert film, Happier Than Ever: A Love Letter To Los Angeles, and to say we’re excited is an understatement.

On the topic of the film itself, she said: “It’s a concert film, but it’s also a story at the same time. This kind of beautiful version of Old Hollywood, and at the Hollywood Bowl, it’s very timeless.

“This is my entire album from front to back in order. 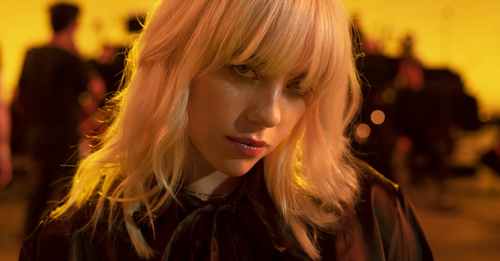 “I have never done anything like this. We all have these idealised versions of ourselves in our head. This is a dream come true.”

We. Can’t. Wait. A press release adds that the film will be a “cinematic concert experience”, as Eilish performs every song from her album at the iconic Hollywood Bowl. Happier Than Ever will also feature performances from Eilish’s brother and oft-collaborator Finneas, who she wrote the album (Happier Than Ever) with, as well as the Los Angeles Children’s Chorus, and the Los Angeles Philharmonic Orchestra.

In an additional statement, Eilish said: “Disney is incredibly iconic, so to collaborate on something like this is a huge honour. To be able to present my album in this way and dedicate it to the city that I love and grew up in is so exciting to me. I hope you love it.”

Add to all that the fact that the album, Happier Than Ever, has been in the charts since its debut last month, and that Eilish is the youngest artist ever to receive major Grammy wins and nominations, and we can assure you it’s worth a watch.

The film will become available on Disney+ on 3 September, and is directed by Robert Rodriguez, who has worked on the likes of Sin City and Spy Kids, and Academy award-winner Patrick Osborne, who is behind Pearl and Feast.

The Real Reason You May Be Shaking During Lunges

The Queen’s Gambit: How to Dress Like Grandmaster and ’60s Babe Beth Harmon