Set your sights on these destinations perfect for art, design, and music lovers. Tokyo will host the massive Design Tokyo fair, which is a prime opportunity to scout out the latest in Japanese design.

Cleveland will inaugurate an exciting new triennial of contemporary art, bringing new energy to the Rust Belt. A range of music and design events are coming to Santa Fe, including the city’s renowned opera season and the International Folk Art Market.

Music lovers should book flights to Europe for the Festival da Jazz in St. Moritz and the Ravello Festival on Italy’s glorious Amalfi Coast.

Designers and curators looking for the latest in Japanese design will flock to the country’s capital for the massive Design Tokyo fair, which is part of Lifestyle Expo Tokyo taking place July 4–6. If you go, be sure to set aside some time to explore hip neighborhoods like Shimokitazawa, which is packed with cool cafés, bars, and vintage shops.

To immerse yourself in the city’s social scene, check into TRUNK in the buzzy Harajuku/Jingumae area. Or for a serene respite from the city’s hectic pace, book a room at the minimalist Aman Tokyo, which has a fantastic spa and pool overlooking the city. 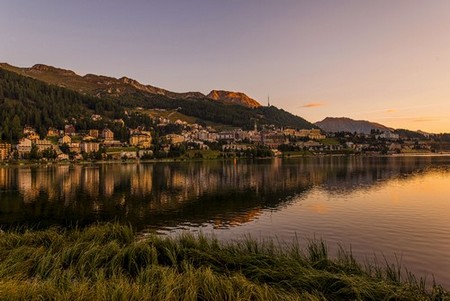 Could Cleveland be the next It city? Named one of America’s Next Design Destinations in our May issue, this oft-overlooked Rust Belt city will host the inaugural FRONT International: Cleveland Triennial for Contemporary Art, which kicks off on July 14 and runs through the end of September.

The citywide event will bring exhibits, installations, murals, and performances to seven major art institutions and 30 unusual venues, including the Federal Reserve Bank of Cleveland, the Rock and Roll Hall of Fame, and the Cleveland Public Library. Check into the Kimpton Schofield Hotel inside a landmarked building in downtown Cleveland and explore the city’s craft beer scene.

This Southwestern desert oasis will come alive in July with the Santa Fe Opera Season (June 29–August 25), the Santa Fe International Folk Art Market (July 13-15), the Santa Fe Chamber Music Festival (July 15–August 20), and the Traditional Spanish Market and the Contemporary Spanish Market (both July 28–29). Design lovers looking to source handmade artisan goods should plan to go for the International Folk Art Market, which will showcase the work of more than 160 master artists from 53 countries around the world.

For the first time this year, Donna Karan’s boutique Urban Zen will sponsor two booths. The luxurious Rosewood Inn of the Anasazi is launching a year-round hot air balloon adventure this summer, which includes a gourmet breakfast, a hot air balloon ride, and a champagne toast.

Think the Swiss Alps are only a ski destination? Think again. This summer, St. Moritz will come alive with the sound of music during the annual Festival da Jazz at the legendary Dracula’s Club. The monthlong festival swings into St. Moritz on July 5 with an opening-night concert by the Kennedy Administration.

Other must-see acts include Norah Jones and a tribute to Leonard Bernstein on the 100th anniversary of his birth. Stay at the historic Kulm Hotel, a member of Leading Hotels of the World with rooms designed by Pierre-Yves Rochon and the Country Club, which was renovated by AD100 architect Norman Foster last year. It’s worth making the trip over to the nearby village of Pontresina to taste the famed canard à la presse at the Grand Hotel Kronenhof.

Another destination music lovers should have on their radar is Ravello, the charming village perched high on a promontory overlooking Italy’s gorgeous Amalfi Coast.

The town has a long and storied musical and artistic history, thanks in part to German composer Richard Wagner, who stayed at Villa Rufolo, which now hosts the annual Ravello Festival (June 30–August 25). M.C. Escher, J.M.W. Turner, Joan Mirò, D.H. Lawrence, and Virginia Woolf are just some of the other luminaries who found inspiration in the town’s vertiginous cliffs and gardens.

The place to stay is the cheerful pink Palazzo Avino, a new member of Leading Hotels of the World with terraced gardens, a tranquil spa, a Michelin-starred restaurant, and rooms with jaw-dropping views of the Bay of Naples.