Apeshit, a hard-hitting track produced by the Carters and Pharrell Williams, was filmed inside the Louvre in Paris, the largest and most revered art museum on earth. Since the video’s premiere, the meme keepers of the Internet have been at work cementing just how explosive the visuals were, even for the music world’s most famous couple.

But for the Carters, filming at the 225-year-old institution could represent more than the couple’s knack for extreme luxury and bragging rights. Instead, it’s a more nuanced commentary on their marriage and the state of the world entirely.

Beyonce and Jay-Z shook up the world Saturday with the surprise release of their joint album Everything is Love. While the collaboration may have seemed inevitable – the couple released their first single together in 2002; performed a joint world tour in 2014; and are currently on their On The Run II tour together – no one, not even the BeyHive’s most devoted followers, could have predicted what was to come in the album’s first video.

An excellent example of this takes place exactly fifty seconds into the video, when the camera pans to Leonardo da Vinci’s Mona Lisa, which is among the world’s most recognizable paintings. On the song LoveHappy, another track on the album, Jay-Z refers to himself and wife as Hov and Beysus: “In a glass house still throwing stones / Hova, Beysus, watch the thrones.” The placement of the couple in front of the Mona Lisa seems to be a play on their own self-professed god-like status and cultural dominancy. After all, the painting is considered by some to be da Vinci’s interpretation of Mary Magdalene or other biblical female leaders. Some art historians even theorize Mona Lisa is an anagram for Amon l’Isa referencing deities of ancient Egyptian religious tradition. 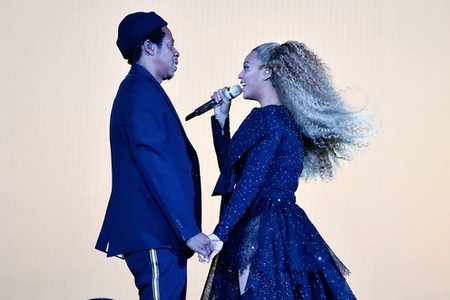 There could be other reasoning for the inclusion of da Vinci’s work as well: Mona Lisa’s half smile could also be symbolic of the Carter’s imperfect marriage and the tension between the public’s perception and their actual reality. This theme was explored throughout the entirety of the Everything is Love album, as well as the focus of their latest independent releases, Beyonce’s Lemonade and Jay-Z’s 4:44.

Another theme in the video: the juxtaposition between classical, European works and black bodies. We witness the camera progressively pan to black female dancers in front of the Portrait of Madame Récamier, the second work by Jacques-Louis David featured in the video, and painted during the nineteenth century at the height of the Transatlantic Slave Trade when Africans were forcibly enslaved in Europe and North America. This recurring theme reveals the Carter’s own narrative on the African-American experience – through slavery, Jim Crow, post-Civil Rights and Obama-era prosperity. And yet baring witness to continued struggle, as evidence by a moving scene of black men on bended knee in homage of Colin Kapernick’s protest against police brutality.

This is neither Beyonce or Jay-Z’s first time blending art with their musical endeavors. While all roads have led to Apeshit, a global presentation of the most iconic art sharing the spotlight with the world’s most iconic music artists, the Carters have had a long fascination with ancient art and religion.

In recent years, both Beyonce and Jay-Z merged their taste for fine art into their visuals and costumes. An early example of this is Watch the Throne, a joint album Jay-Z released with Kanye West in 2011. The gilded album art was designed by Riccardo Tisci and embroidered with a range of customized motifs. The outcome was fitting for how legendary the album has become. Jay-Z took it to the next level in 2013 for the album art for Magna Carta Holy Grail with a more literal arts influence: he took inspiration from Battista di Domenico Lorenzi’s sixteenth century sculpture Alpheus and Arethusa.

The work, which is informed by the story of two nymphs in Greek mythology, is housed in New York’s Metropolitan Museum of Art and famously symbolizes metamorphosis. The use of the work for the Magna Carta Holy Grail album, which is Jay-Z’s 12th album at the peak of his career, could be representative of his own personal transformation.

Beyonce, on the other hand, often opts to unite art and religion. Visuals seen in Lemonade and her costumes from her Coachella performance are all native to Africa. In her video for Hold Up, she notoriously channeled Oshun, an ancient goddess native to Nigeria and throughout west Africa who worshippers in the Ifè religion still pray and extend offerings to this day. Egyptian goddess Nefertiti was the singer’s inspiration for her costume seen during the opening of her Coachella performance. The Eye of Horus, an ancient Egyptian symbol for power and protection also appeared atop her custom Balmain-designed crest.

But it’s the couple’s Apeshit video that has made the most powerful impact to date. The combination of the selected artwork, the subtle symbolism, and yes, Beyonce and Jay-Z together is what makes this endeavor their most powerful statement yet. Perhaps the Carters offer themselves as works of art – real-time monuments of pop culture, hip hop, and as Jay Z says: black excellence. 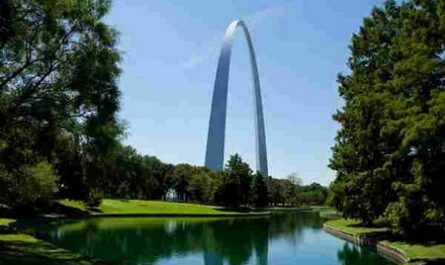