The Nightmare Before Christmas is a beautiful patchwork of influences from dozens of movies across a half-century or more. 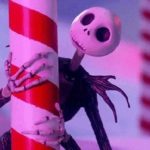 It draws from silent films from the 1920s all the way to horror films from the 1980s. In the words of Oogie Boogie, “I’m going to do the best I can” to break down the origins of some of the movie’s stranger monsters (and keep that quote from Oogie Boogie in mind, it’s actually important to knowing where he came from). I’m not going to lie, some of these are speculation on my part, but others are completely inspired by one specific thing. 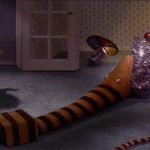 Let’s start with an easy one. The Giant Snake is one of the funniest visual gags in the entire movie (I laughed while finding that GIF for this gallery), and if you’re a fan of Tim Burton movies, it’s not hard to guess where this beast was born. Perhaps it came from Saturn. 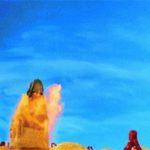 It bares a hell of a resemblance to the Sandworms from Beetlejuice, and seeing that Tim Burton produced The Nightmare Before Christmas (he did not direct it, that honor goes to Henry Selick), it makes a lot of sense. Again, this is an easy one. Think of it like a freebie. 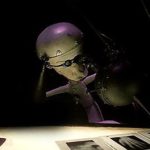 I know what you’re thinking. He’s Dr. Frankenstein. Done, close the book on that one, etc. And yes, his namesake and obsession with building people out of body parts definitely fits the mold. But I’ve never seen a Dr. Frankenstein that was wheelchair bound and wore dark spectacles at all times. I have seen that somewhere else though. 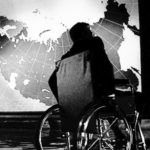 There is no doubt in my mind that Dr. Finkelstein’s design was based off of Peter Sellers’ legendary character, Dr. Strangelove from… Dr. Strangelove. Actually, think of it like a literal Frankenstein’s monster combination of both doctors, a smashed together monstrosity. 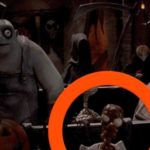 One of the most minor background monsters in the entire movie, the poor poor Melting Man just exists to get fucked with by other characters. He’s got a fantastic design, and while my first pick for his inspiration would have been The Incredible Melting Man from 1977, his brown color makes me think that he was born from another monster from another decade. 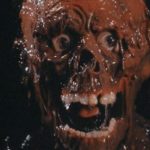 If you’ve never seen Return of the Living Dead from 1985, you should definitely remedy that at some point (just maybe not during the holiday season), but Tarman is one of the nastiest zombies of the 1980s. This is another bit of speculation on my part, but the brown color is what really makes me think the two are related. 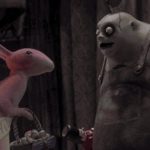 Receiving only one line of dialogue, Behemoth pops up a lot more in this movie than you’d think. Unlike the last two monsters though, this one’s origin is a known quantity. One thing you have to understand about the late 1980s and early 1990s was that Tim Burton was on fire. After Beetlejuice made a shit-ton of money and the 1989 Batman was a blockbuster, Burton was attached to way too many projects at once. While he was producing The Nightmare Before Christmas, he was wrapping up work on Batman Returns and preparing to shoot another movie: Ed Wood. 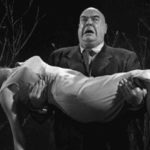 Which brings us to Tor Johnson. Kind of. If you’ve never seen Ed Wood, it’s a film about the true story of its namesake, the “best/worst” director of the 1950s and 1960s. It’s a GREAT movie, and one of the actors who worked with the real Ed Wood the most was Tor Johnson, a BIG motherfucker from Sweden who made a career out of being in some of the worst monster movies ever. Behemoth is absolutely based on Johnson, everyone involved with The Nightmare Before Christmas has said as much. 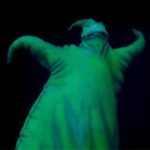 Oogie Boogie is one of the most original characters in the entire movie. The concept of the “boogie man” isn’t, but making him a potato sack filled with a million fucking bugs is definitely a Tim Burton touch. He does have an inspiration, but not so much for his design, but his personality. It comes from long, LONG ago. 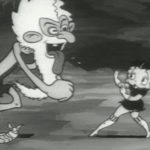 The Old Man of the Mountain

All the way from 1933, Oogie Boogie’s primary inspiration is the Old Man of the Mountain from the Betty Boop cartoon The Old Man of the Mountain (terribly creative, I know). So, what’s the connection between these two characters besides being feared and isolated? Oogie Boogie directly quotes the Old Man himself, the quote being “I’m going to do the best I can.” It’s not a coincidence, seeing that Santa manages to quote Betty Boop’s preceding line “What are you going to do?” Oh, and both characters are jazzy as shit, but that’s what happens when your character is based on someone played by Cab Calloway. 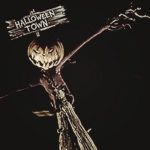 Okay, this one is going to get really weird. I have no idea where the film got its idea of what Jack looks like for most of the movie, but his scarecrow form definitely has a very bizarre inspiration. It’s not based on just any scarecrow. It comes from a batshit crazy place, and that place is The Land of Oz. 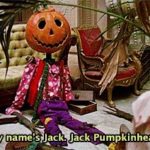 HOLY SHIT THIS MOVIE. If you’ve never seen Return to Oz from 1985, it’s one of those movies that’s actually pretty damn good but should NEVER have been released as a children’s movie. It’s a freak accident of the 1980s and one of those movies that Disney regrets making. The similarities are pretty apparent between both of these Jacks, but he is a literary character originally, so normally there would be a slim chance that he’s based on the book version.

Except that Tim Burton loves stop-motion animation and worked as an animator at Disney, so you can bet your ass he was familiar with this version specifically. And trust me, Return to Oz is up to its eyeballs in the freaky shit that Tim Burton is into. For example… 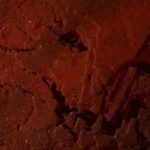 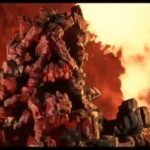 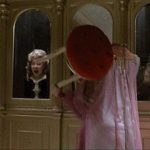 Yeah. (If any of that looked cool to you, check out Return to Oz at some point, it’s fucking wild.)

I didn’t want to explore the obvious monsters in this gallery like vampires, werewolves, and ghosts, but wanted to really highlight just how much The Nightmare Before Christmas loves other movies, and how it created one of the most unique animated films of all time.

All that being said, I have no fucking idea where they come up with this guy. Seriously, your guess is as good as mine. 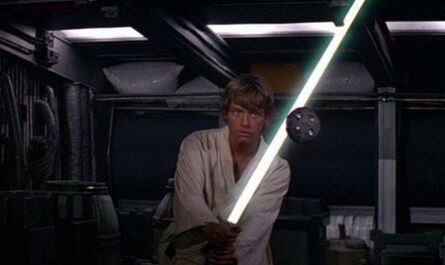 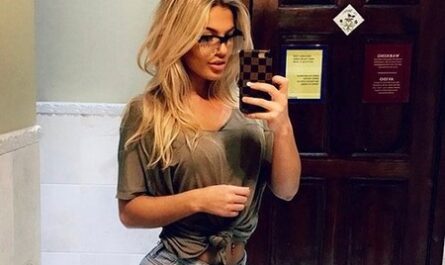 Sometimes you get sexually frustrated