When it comes to love and relationships, some people might claim that a woman should never make the first move.

Why is that, anyway?

Is it because men are biologically programmed to pursue women, and if the woman shows her interest first this would be going against our human nature? And is it true what people say – if a man wants you, he will pursue you? Here are some possible answers to these questions.

Nowadays a woman can make the first move and very often she does, sometimes going as far as becoming aggressive to get a date out of a man.

And the fact is that men could sometimes respond to women who seem too much into them, but they wouldn’t be that serious about the relationship. The problem is that if he thinks you went after him and not the other way round, he might wonder if there’s someone better out there.

What’s more, a man needs to feel that he is the interested one, he is chasing, and he is the one to make his dream come true. 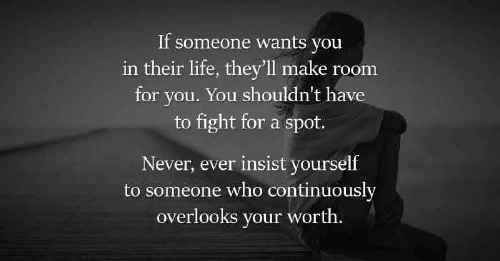 So, if he is not showing any interest for you is the fact you are going to chase him change his attitude or feelings?

Do you think that he will become seriously into you after showing him how much you are into him? And that is actually what you need to do so that you two could be together?

The harsh truth is that no matter how many reasons and excuses you find to justify the fact he is not the one pursuing you as a potential love interest none of them would turn out true.

Because a guy who genuinely wants to be with you should chase you. And if he doesn’t chase or show his interest towards you, then maybe you need to admit he’s not into you. It is as simple as that.

You have to understand that if a man wants to be with you, then nothing is going to stop him from doing so.

The only person who could hold him back from pursuing you is you. Otherwise, he wouldn’t allow any obstacle to stand in your way as a couple and won’t let anyone dictate how things are going to turn out between the two of you.

Remember – a man’s brain is hardwired differently from a woman’s.

When a man realizes he wants something, he goes after it. Men usually are not shy or scared when they have to find a way to conquer the woman they want to be with. And even if you’ve met a shier individual who needs more time to open up, don’t doubt that he will sooner or later show you that he likes you.

That’s a manifestation of masculine energy, being the one who wants to initiate a relationship, the one able to establish control of the situation, the one taking on the challenge of winning a girl’s heart.

Don’t forget that once men had to hunt to provide food. And it seems that they still need the thrill of the chase. Just go out on a Friday or Saturday night and you’ll always see five or six men together on the prowl. It’s really interesting to watch. They’ll stand there staring at women because the hunter mentality is embedded deep with them. These men are hunting, and they’re not going to stop until they’ve caught their prey.

Women, on the other hand, are a bit more different.

They tend to talk themselves into and out of things that they want or don’t want. Even when it comes to attraction. For men, as I mentioned above it’s simpler: They either feel attracted to you, or they don’t.

And if he’s attracted, he should start chasing you, especially if he’s a high quality, masculine man. As long as he knows he has a chance with the lady, a man would start pursuing and keep things moving along.

However, there are some things women need to do too.

Although the woman is the one pursued, she also needs to put some effort into the hunt. What she has to do is much easier. A woman should also show her interest to the man, but she has to do this rather passively. She needs to be open and responsive to him when he tries to approach her. That is extremely important and necessary for keeping things moving along. Since if the lady doesn’t show enough interest in the man he could stop pursuing her.

Men are usually sensitive to rejection.

They are more used to it than the ladies though. Especially if they’ve been chasing and dating women for a long time. That’s why, if you felt just as interested in and attracted to the man pursuing you, one of the things you could do to encourage him is to be warm, open, and responsive to him. And that could lead to astonishing results. It takes minimal effort to make a man crave chasing and having you. And that’s what makes being a woman such a fantastic thing.

Remember even distance won’t be an issue for a man who is in love.

The woman he loves could be on the other side of the world. And he could still keep showing his love for her. On the other hand, if he is not interested he isn’t going to budge a finger for you, even if you live the next door to him

To sum up – the man you are into is handsome, alluring and a true gentleman. Yet, he doesn’t seem to show you how much you mean to him.

He’s friendly with you, but that’s it. You don’t seem to be a special person for this man. He doesn’t call or text, he’s not putting any efforts into starting a relationship with you. That kind of attitude is very telling of how he truly feels about you. And you need to take note of it.

He is going to call you, to invite you out, to pay you a compliment. He wouldn’t let anything stop him from approaching you. That’s how a man’s mind works. When he wants a woman, he can’t wait to make the first step and let her know that he is interested. And she only needs to lean back in her feminine energy and accept his attention.

You should find another person who will be happy to approach you. Someone who wants you and is ready to show you he’s into you as much as you are into him (or even more).

Have you ever been the one to make the first step? How far do you agree with the article?

Please, tell us in the comments. 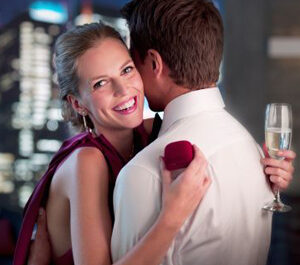 Seven main signs that a man is ready for family life