<245 -->Disney’s latest theater spectacle, a Broadway<247 --> adaptation of Frozen – the highest-grossing animated film of all time – had quite large shoes to fill. Luckily producers knew to tap Christopher Oram, the Tony Award<252 -->–winning set designer, to bring the mystical kingdom of Arendelle to life on stage.

And it worked, as Broadway’s Frozen<254 --> has been nominated for three Tony Awards, including Best Musical. We caught up with the London-based designer to discuss his research and how he translated the movie’s magic to the theater.

Architectural Digest:<258 --> Let’s start with your inspiration for the sets.

Christopher Oram:<261 --> We did a research trip to Norway. That was key to unlocking the natural world – being in the mountains and the fjords was an amazing, eye-opening experience. You understand the scale of nature around you in a way that I don’t think you do when you’re in a city. When you’re in that environment, you understand the nature of that supernatural world.
Deen van Meer

CO:<276 --> There were churches we saw, all made out of local timber. And every year, the Norwegians paint them with black pitch. And as the pitch melts, it stains the wood this honey, golden color. So, that was the inspiration for our wooden proscenium: that rich, gold color. 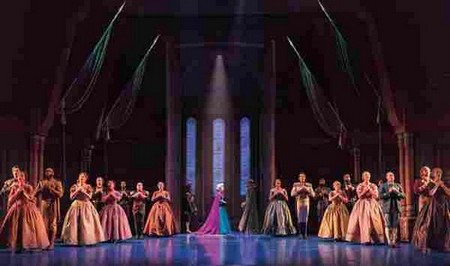 CO:<285 --> Every Shakespeare play starts in very much the same way that Frozen<287 --> starts: with an authoritarian court where characters feel restricted, so they escape into the wilderness. And in that wilderness, they discover themselves. So, the interiors at the start of the show were deliberately angled in, to reflect a sense of restriction about it. When Elsa does finally flee the castle, all the architecture flies out. There’s the big, exposed, open stage, as wide open as we possibly could. We’re telling a story. It’s always about telling a story; it’s never about designing a set. Each time we do a new set environment, we define it in a different way as well, to keep the journey more and more interesting. You never want to sit back and go, “Ugh, we’ve seen all this before. We’re back where we started.”
Deen van Meer

CO:<302 --> The set is crammed full of references, homages and “easter eggs” to all my favorite movies and other Broadway shows. It’s kind of a proper treasure hunt. If you know where to look, it’s all over the place. 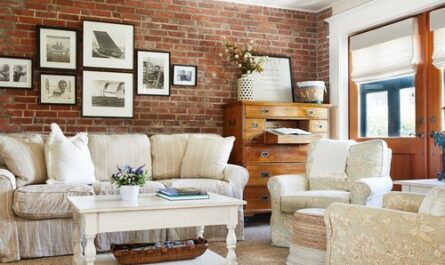 Shaun White Is Renting Out His Point Dume Malibu Beach House For $55,000 Per Month