“Ew, my skin is so bad right now!”. There are no words more infuriating than these to hear from your friend who developed a single spot overnight, especially when you’ve spent the majority of your early adult years seeking out a cure for your acne.

Acne, especially adult acne, is a very taboo subject in a world where Instagram filters and skin-smoothing apps are so easily accessible, and despite 80% of British 11-30-year-olds suffering from the condition at some point, using a blur to get rid of those pesky spots is something even I’ve fallen victim to using.

The closest thing to a cure there is available right now is controversial drug Isotretinoin (AKA Roaccutane), but four years of antibiotics, topical creams, toothpaste, and not being comfortable taking my makeup off in front of *anyone* later, I was willing to give it a go.

Roaccutane works by decreasing sebum production in the skin (blocking acne-causing chemicals), but for patients and dermatologists alike, is a last resort due to its bad reputation of extreme side effects including dry, fragile skin, aching muscles, increased risk of liver inflammation (requiring monthly blood tests throughout the treatment), and even links to depression and suicide (although this has never been scientifically proven). 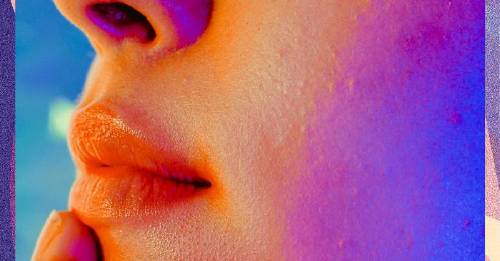 However, getting your hands on the drug isn’t easy, requiring a GP’s referral to a skin specialist at your hospital dermatology clinic, blood tests, pregnancy tests (due to risk of birth defects) and exhausting every other treatment possible. Once prescribed, it can take up to a year to complete the course, but 9/10 people will never have their acne return, and for me, this was the motivation to end my skin troubles once and for all, and share how I get on if it’s something you’re considering…

Regardless of the five-page document listing all the potential side effects of taking Roaccutane, no amount of nosebleeds or joint tenderness could waver my excitement that I’m officially en route to the glass skin of my dreams.

That being said, the process of getting here wasn’t easy. My parents were supportive but weren’t happy about my decision and understandably worried about what might happen. I also went through a number of blood tests and peeing in cups to check my liver function, had a serious mental health intervention, and even got my consultant’s mobile number in case I had a total freak out about a bizarre symptom at 2am.

As a 21-year-old going into this, my biggest concern was how much I had to cut back on my drinking habits. Getting the response “DAMN GIRL” from my consultant when I told him how much I sip on a night out told me everything I needed to know when it came to partying – and five drinks during one night out per month was my limit. Ideally you should avoid drinking completely during the treatment, but let’s be real here, that just wasn’t going to happen.

Starting out on 20mg (the lowest dose) was by no means smooth-sailing for a first-timer. The first two weeks my skin got a *lot* worse and I found myself feeling even more self-conscious and doubling up on heavy-duty foundations. Thankfully after around 14 days, things started clearing up, and already after one month, my skin is the closest it’s ever been to spot-free.

As for side effects, let’s make one thing clear: THEY DO NOT LIE ABOUT DRY LIPS. I’ve formed a very close relationship with Carmex, and my lips crack and bleed virtually every time I smile (so I guess having a valentine is off the cards this year) – not cute. I’ve called my mum approximately four times (and counting) about a mysterious itchy rash covering my hand, but if that’s as far as my problems stretch, I’m already counting myself pretty lucky.

My mood is a lot more easily irritable – the slightest inconvenience prompts me to have a dramatic all-guns-blazing-crying meltdown, which is extremely ironic given that my eyes are so dry I have to apply artificial tears three times a day. But on the plus side, I might win an Oscar.

Despite my valiant attempt at Dry January, I caved and went out a couple of times, and because of the drug’s blood-thinning, my tolerance to alcohol has dropped dramatically. After three drinks it felt like I’d been drinking all day, which for my bank account = good, but my social acceptance…not looking so cool.

Despite a rollercoaster month (who likes January anyway?), things are looking promising, and I can’t wait to see what rogue side effect gets thrown at me next.

Lady Gaga and Bradley Cooper, why are we pitting women against each other, again?