Pirelli is famous for its pin-up and NSFW calendars. However, past years have seen a move from the formulaic gorgeous models in exotic locations with Pirelli publishing un-retouched Hollywood actresses for their 2017 offering and for 2016, powerful women shaping our world in beautiful black and white shots. Pirelli is getting political, and it’s no different for 2019. 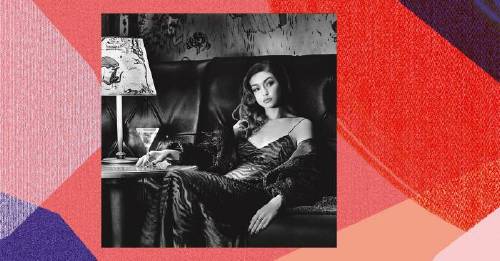 This year’s offering is hailed a ‘photographic tale of the aspirations of four women and their determination to achieve their goals, each one pursuing her own dreams and passions’ – and it features some pretty kickass women.

Dubbed “Dreaming”, the 2019 Pirelli Calendar, now in its forty-sixth edition, was shot by Albert Watson in April in Miami and New York and features forty shots which tell the stories of characters portrayed by Gigi Hadid with Alexander Wang, Julia Garner, Misty Copeland with Calvin Royal III and Laetitia Casta with Sergei Polunin.

“When I approached this project,” says Watson, “I wanted to do it in a way that was different from other photographers, and I wondered what the best way would be. In the end, I looked for pictures that were of beautiful quality, with depth to them, and that had some kind of narrative. I wanted to create something that was more than just a portrait of somebody – I
wanted it to look like a film still. I wanted people looking at the Calendar to see that my aim was photography in its purest form, exploring the women I was photographing and creating a situation that would convey a positive vision of women today.”

He said that each of the four women focuses on the future and “has her own individuality, her own particular purpose in life, and her own way of doing things. So the underlying theme is that of ‘dreams’, but the basic idea behind the whole project is that of telling a story in four ‘little movies’.

An example of this is the character played by Gigi Hadid, he explained. She has recently separated from her partner, lives alone in a glass tower and has Alexander Wang as her only friend and confidant: “I think there’s a degree of angst in these images. With Gigi Hadid’s character, I wanted to convey the sense of a woman thinking about her future, but also showing her in a situation of loneliness. We see her thinking about where she is going to go in life, what she will be doing tomorrow. I wanted it to be much more minimalistic than the other women and settings I photographed.”

Misty Copeland, whose partner in the Calendar is Calvin Royal III, also looks to the future, fantasising about making a name for herself in the world of dance. “Trying to be successful is her driving force,” said Watson. “Copeland’s character earns her living by dancing in a club, but at the same time she has also put up a little stage in her garden, where she practices dancing in order to become a star, sometimes with her boyfriend, played by Calvin Royal III.”

Laetitia Casta is a painter who lives in a studio apartment with her partner, played by Sergei Polunin. They both dream of success: she as an artist, he as a dancer. “What’s interesting”, says Watson, “is that, in real life, Laetitia really does do a lot of sculpting and creates artwork in her spare time. This worked out very well and helped her get into
character. We decided to shoot outside, to give the scenes some added natural brightness. The tropical atmosphere of Miami is a key component in this picture.”

This is girl power at its finest. 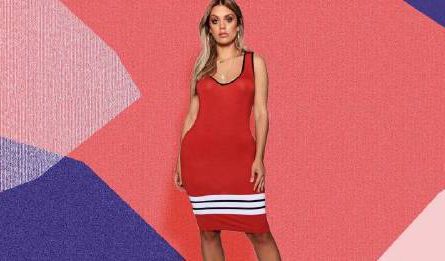 Boohoo’s much-loved ‘outfit meal deal’ is back and you can get a dress, shoes and bag for just £30