It’s that time of year again, when you get together with family, to be thankful for all that you have, blah, blah, blah. Really, I only go home for the food. That’s it. I don’t want to see aunts, uncles, the creepy neighbour, etc. I just want the fucking mashed and stuffing, and might as well throw in the dry bird.

After all’s said and done, however, when you’re feeling drowsy and just want to avoid another conversation about who died, and what your super amazing cousin is up to, you might as well throw on a Thanksgiving movie. 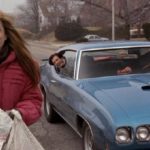 This hilarious family comedy was directed by Jodie Foster, and it’s pretty much an anecdotal tale of every dysfunctional family over the Thanksgiving weekend. Bonus points for a super young Robert Downey Jr. and Dylan McDermott being bros. 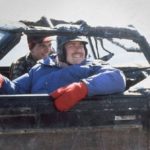 This is the ultimate Thanksgiving movie. Nothing tops Steve Martin’s uptight ad executive colliding with John Candy’s hilarious buffoon. No holiday film has ever been this funny, or this perfect. 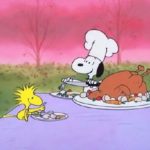 It might not be as memorable as A Charlie Brown Christmas or It’s the Great Pumpkin, Charlie Brown, but it’s a very traditional holiday tv movie that we all need to watch for it to feel like it’s Thanksgiving. What’s a family get-together without some Charlie Brown-sized anxiety? 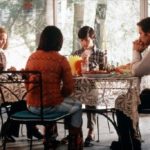 This Ang Lee film positions Thanksgiving as the opposite of fun and happy; it’s depressing and traumatizing. Taking place in 1973 Connecticut, this all-star cast plays out the drama of changing times, societal norms and adultery. 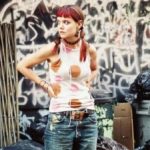 April, played by Katie Holmes, invites her estranged and dying mom over for Thanksgiving. As the family treks down to NYC, April deals with a broken oven, in a surprisingly funny and heartwarming film. 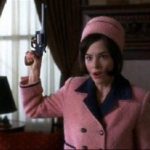 You might think that your siblings are psychotic, but in this film, one actually is. Parkey Posey plays an unhinged sister named Jackie-O, obsessed with both her brother and the Kennedy’s in this black comedy. 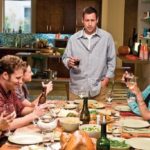 This heartwarming Judd Apatow comedy-drama has Adam Sandler as a rich movie star, looking to rediscover his comedy roots after a medical diagnosis. It’s surprisingly touching and mature and will make you actually want to reconnect with some forgotten friends and family. 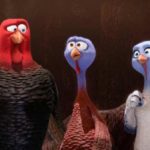 Featuring the voice talents of Owen Wilson, Woody Harrelson, Amy Poehler and George Take, this comedy had a turkey who was pardoned by the president, kidnapped by a politically motivated turkey, with the aim to end Thanksgiving. There’s a guerrilla group involved and some time travel back to the first Thanksgiving to give you a chuckle. 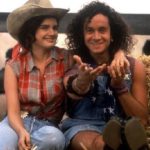 Back when Pauley Shore was a box office draw, this comedy about a 90’s dude named Crawl and his small town girlfriend was pretty funny. He gets brought home for Thanksgiving, much to the chagrin of the family, and when he announces his intent to marry her, all hell breaks loose. Bonus points for a super young/super-hot Carla Gugino and Tiffany Amber Theissen. 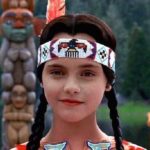 I enjoy this sequel simply because of the entire summer camp sequence. There’s nothing more satisfying than seeing to chipper and cheerful counsellors and a bully, get to re-enact the first Thanksgiving in a more accurate manner. 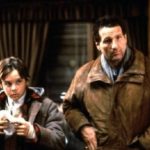 This is a hidden Thanksgiving gem that should be on your ‘must-watch’ list. Much like Planes, Trains and Automobiles, this was written by John Hughes and involves a road-trip home for two unlikely partners. In this case, it’s a slob played by Ed O’Neill, and a snobby prep-school kid, played by Ethan Embry. In the end, a lasting friendship is forged. 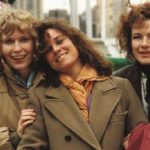 I wouldn’t normally include this, but it is one of Woody Allen’s better films, and won three Academy Awards. The film chronicles the intertwining stories of three sisters over three Thanksgivings. It’s equal parts hilarious and touching, so it makes it a nice touch of soul food after all those mashed potatoes. 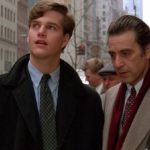 Al Pacino won his only Oscar for this film, where he plays a blind army officer, who hires Chris O’Donnell to be his assistant over the Thanksgiving weekend. It turns out to be a beautiful tale of friendship and integrity. 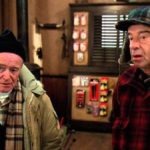 It’s not Thanksgiving, if there isn’t an argument between the elderly. At my house, it was always my grandfathers going at it. This film has two life-long friends/enemies fighting over a new neighbour, over an amusing Thanksgiving dinner. 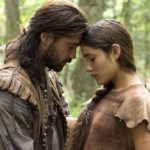 You know what, it’s cheesy and over-drawn, and you might as well watch Disney’s Pocahantas, but this is the closest you’ll get to a movie about the first Thanksgiving. Directed by Terrence Malick, it’s got gorgeous cinematography, so you might as well get lost in it. 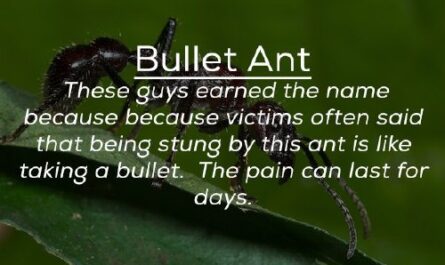 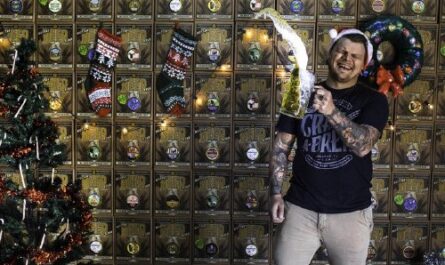 Black Friday deals that are scorching the internet

Meet the ‘Fiji Girl’ who stole, the show at the Golden Globes, Kelleth Cuthbert