Oscars 2019 might be just around the corner, but as we eagerly wait to find out which films will scoop the coveted golden statuettes (read our predictions if you simply can’t wait), the upcoming ceremony has been plagued by a series of behind-the-scenes problems that suggest trouble is ahead for the biggest night in film.

Thanks to a combination of organisational mismanagement, cultural stagnation and institutional biases, a major question mark is hovering over the relevance of the ceremony in a post-Weinstein world.

Every single detail you need to know about the Oscars 2019

For starters, there’s still no presenter. The Academy Awards may be just over a month away, but the search is still on for a host to take on the notoriously difficult opening script, which writers usually work on for months in advance. At present, there’s talk of the Avengers cast taking turns to take the mic, which sounds like a dubious proposition at best. 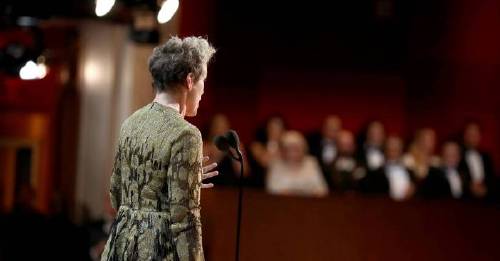 Meanwhile, reports are swirling that ABC, who hold the official broadcast contract for the Oscars, will cut a number of categories from the live telecast and announce them instead.

Then there’s the well-documented issue of diversity – or lack of it – which sparked the social media hashtag #OscarsSoWhite last year in protest at the outdated 90-year-old awards system, and older Academy voters who shun films that are making strides in the representation stakes.

As ratings continue to plummet, the addition of a new category, Best Popular Film, to proceedings has also attracted criticism, with many asking the obvious question: how on earth do you define a ‘popular’ film, and who is going to decide what makes the cut?

And with the potential to bring visibility to lesser-known, independent films, the Academy’s decision to create a popular category for big-name blockbusters which already attract mass appeal is looking incredibly short-sighted.

Only time will tell whether the AMPAS are willing to get with the programme – one that’s modern, diverse, and reflective of what modern audiences really want to watch.

I tried eco-conscious dating and this is what happened

Netflix’s Dream/Killer is apparently the new Making A Murderer