If you’re watching the new Netflix movie The Old Guard, you might notice that the film’s villain looks familiar. We’ll save you the trouble of looking him up: yep, that’s Dudley Dursley, aka actor Harry Melling, who plays the villainous pharma-bro Steven Merrick! 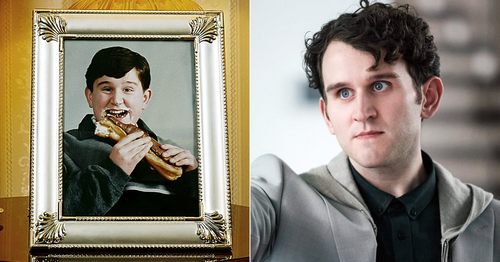 Fans are delighted to recognize the actor, who looks pretty different from his days as Harry Potter’s petulant, spoiled cousin.

After the Potter films ended in 2011, Melling disappeared from the spotlight for a little while. Aside from a few roles on British TV shows, he stayed largely off-screen, turning instead to the stage, where he performed in twelve plays between 2011 and 2017, mostly in the UK. His credits during that time include three separate productions of King Lear, the lead (dual) role in the comedy Hand to God, and more.

Melling returned to the big screen in 2016’s The Lost City of Z, then again in the 2018 quirky Western film The Ballad of Buster Scruggs. Since then, he’s been steadily working with a couple of films each year. Right now, he’s got another movie scheduled to debut in 2020 – the war thriller The Devil All the Time – and is slated to play Malcolm in The Tragedy of Macbeth, Joel Coen’s adaptation of the Shakespeare play. For now, though, keep reading to see what fans had to say about seeing Dudley all grown up and villainous as ever!

Someone Designed a Schitt’s Creek Lego Set, and Yes, It Has Moira’s Wig Wall

Pshh, you think you’re the biggest Schitt’s Creek fan out there? Mark Fitzpatrick just might have you beat. A marketing manager by day and Lego enthusiast by night, Mark has spent his surplus of time at home the past few months meticulously designing a Lego set that looks just like the Rosebud Motel – complete with the entire Rose family in minifigure form. This most definitely calls for a “Yay, David!” 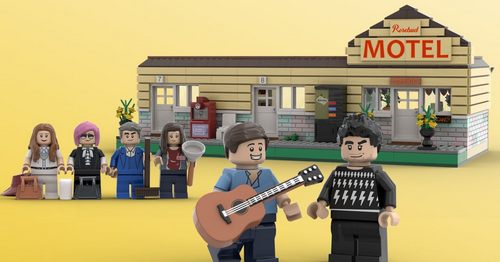 The shrunken-down version of the charming roadside lodging features three main areas: the guest check-in office, Moira and Johnny’s room, and Alexis and David’s room. Each space is decorated with all the quirky details you’d expect, including Moira’s famous wig wall, David’s cedar chest and fancy bed sheets, and even those random fish stuck to the wall next to the motel office desk. I mean, seriously – it deserves a spot in one of David’s former art galleries in New York.

So, how on earth do you get your hands on this adorable Lego set, you ask? Well, it is actually not on shelves just yet and needs your support before becoming a reality. If the fan-made model reaches 10,000 votes from bébés of the public, Lego will consider it for production. Yes, you have to create an account on the toy company’s website in order to vote, but it’s worth it for the sake of that mini plastic wig wall, if you ask me. Head over to ideas.lego.com to show your support, and take a closer look inside the Lego-fied Rosebud Motel ahead.

These will be the most in-demand designer dresses of 2021