When Danielle Rowley MP stood up in the House of Commons and told colleagues she was on her period, she had no idea she would be making history.

“I hadn’t realised that it would be the first time periods were mentioned in Parliament and how much attention it would gather,” she says. “Maybe if I had, I would have been more nervous.”

It was last month that the 28-year-old politician, who represents Midlothian in Scotland, made her taboo-breaking statement in a discussion about the tampon tax.

Apologising for running late, she told the Speaker: “I would like to raise with you today and to the House, and perhaps you’ll excuse me for my lateness, that today I’m on my period – and it’s cost me this week already £25.

“We know the average cost of a period in the UK over a year is £500 – many women can’t afford this. What is the minister doing to address period poverty?” 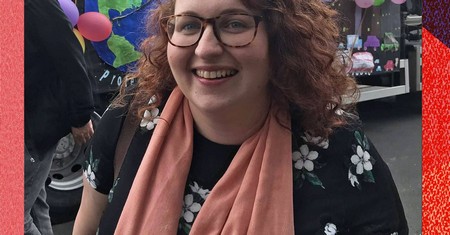 Her words created a sensation. Many supporters praised her on social media for openly discussing periods. Others tweeted that she should keep her menstrual cycle to herself and that it was a ‘private thing’.

But Rowley, who is the youngest Labour politician at Westminster, is unrepentant. She wants to see an end to period poverty and is only too happy to discuss it in public.

“Period poverty is something I experienced myself as a young woman but I wasn’t aware of the wider issue,” she says. “When I was at school I would try and get the cheapest products available but they weren’t always reliable.

“Foodbanks tell me they have lots of women coming to them for items and that girls are going into school and using socks as pads. Some are missing school as a result and that’s awful. They’re missing out on education.”

Danielle had wanted to raise the issue of period poverty previously in the House of Commons.

“A few months ago, I’d been on my period and I’d planned on bringing in some different products to a parliamentary debate and talking about the prices but I never got chance,” she says. “But when I got drawn for a Women and Equalities question on period poverty and I happened to be on my period again, I thought: ‘Let’s bring it up now’.

“I happened to be a little late to the chamber and the Speaker chided me for it. I hadn’t meant to be late, but when you’re on your period, you end up going to the toilet more and I’d been in a bit of a flap. I wasn’t nervous at all though. Periods are something I talk about quite openly.”

The reaction was immediate. “As I sat down, my colleagues around me said: ‘Well done – that was a good thing to raise’.

“But afterwards, I wasn’t expecting there to be such a huge reaction elsewhere. Negative people were saying: ‘You shouldn’t talk about that, it’s a private matter and even ‘you don’t talk about ‘the shame’ in public’. But that was a tiny per cent of the public.

“A lot of women are responding with comments like: ‘Hi, I’m on my period today, let me tell you all about it’. It’s great because it shows how silly it is to think you should talk about this when periods happen to half of the population and are nothing to be embarrassed about. I’ve been using the hashtag #positiveaboutperiods and it’s been great to see women sharing stories.”

The figures Danielle cited came under some scrutiny.

“When I said that my period had cost me £25, some people said they didn’t believe me,” she says. “But other women said: ‘I’ve got a very heavy period and it’s very painful, it lasts a long time, I often bleed through my clothes and I have to buy new pants and painkillers so it costs me about that as well.

“The figure I do want to look at more closely is that it costs the average woman £500 a year. That was only one study and probably not the best source so it’s possibly not accurate. But that only highlights more research needs to be done into women’s menstrual issues and health problems’.

Danielle joined the Labour party at 16 and was a member of her Youth Parliament before being elected last year, overturning an SNP majority.

“I’ve always wanted to do a good job and to help people and make a difference,” she says. “Before I was an MP, I worked for a charity. In terms of ambition, I don’t want to be the Prime Minister, it’s more about what I can do to best help people.”

As the first-ever woman to represent her constituency, she realises that women are underrepresented in politics but would love more young women to be get involved.

Women marked Menstrual Hygiene Day in the most kickass ways

“The best advice is: ‘Don’t doubt yourself’,’ she says. “As a young woman I was always thinking: ‘I can’t do this, I can’t do that’ and here I am. It’s time to break the mould and young women shouldn’t think they don’t fit into what a politician should be. They should go for it.”

“It’s not something that should be means tested,” she insists. “It should be available for all.” She hopes readers can get involved. “There’s a petition on the website that you can sign but also you can write to your MP and say you want to see period poverty discussed.

“It’s good that what I said had such a huge reaction – both positive and negative. But in other ways I’m disappointed. That a woman says she’s on her period really shouldn’t make such big news. It just goes to show what a long way we have to go when it comes to women talking about our bodies and reproductive health in a positive way.” 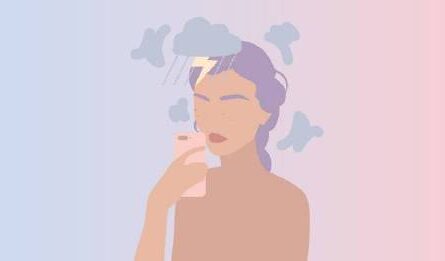 Is posting about our mental health struggles on Instagram just making the problem worse for everyone?

Like walking on a cloud, Reviewers think these ordinary sneakers