Cynical Dr. House, the hero of the popular series, taught his fans to talk easily about the most terrible medical procedures. However, when it comes to personally our physical integrity, even the ardent House fans lose courage.

Meanwhile, the doctor can prescribe to swallow or shove an iron or rubber gizmo into another hole not only with a rare and serious illness from Dr. House’s arsenal, but also with cystitis, a suspicion of gastritis or parasites – and this applies to many. It seems that progress has long had to offer painless alternatives. So it is, but not always they are effective.

The SHE correspondent found out in which cases it is better to discuss with the doctor the possibility of a less unpleasant examination, and in which an alternative painless method does not guarantee a correct diagnosis.

I’ll have to swallow

With our stresses and the habit of snacking than horrible suspicion of gastritis or parasites overtakes many. And this is the most common reason to get an appointment to swallow a long (60 to 150 centimeters) rubber hose.

Fibrogastroscopy (FGS) is used to diagnose stomach ulcers, gastritis, bleeding, duodenal diseases. The patient is laid on his side, a plastic ring is inserted between his teeth, and a rubber hose with a fiber optic chamber is pushed into the stomach at the end.

It hurts? Unpleasant, but not painful. The procedure takes 3-4 minutes, some are accompanied by an emetic reflex, nausea, regurgitation of the air, pulling and swelling sensations in the abdomen. 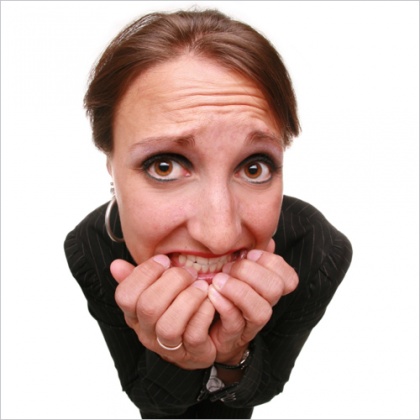 Alternatives.Actually, a hundred percent replacement of this procedure, unfortunately, no. Previously, fluoroscopy was actively used. The patient drank a barium suspension and took several pictures of the stomach. “This is an obsolete method, it shows only gross violations: an extensive ulcer, a pronounced hernia, an eruption of the stomach,” the therapist of the Zdravica medical center, Yulia Vasilieva, emphasizes that in the early stages the disease can only be diagnosed using FGS. Auxiliary methods can be rapid pH-metry (measurement of gastric acidity level with the help of a thin catheter) and blood tests – “Gastropanel” and antibodies to Helicobacter pylor. True, they all only provide additional information, but they can not accurately diagnose the disease. “FGS shows the anatomy of the stomach, and” Gastropanel “- a function. At FGS we will see gastritis,

Duodenal sounding is another examination in which one will swallow the Alien: the introduction of a probe into the duodenum. The aim of the study was to obtain bile for diagnosis of diseases, including parasitosis (giardiasis, opisthorchiasis).

Sensations are extremely unpleasant. The hose is thinner than with FGS, but it will take longer to live with it – from 20 minutes to 2 hours.

An alternative is a stool test. Many doctors assure that the analysis of feces is not so informative in identifying parasites as probing. But with the correct preparation, he is not inferior to the swallowing of the probe. “It all depends on the lab technician’s experience. If you look at it qualitatively, parasites can be found in the feces, “- Professor of the Medical Faculty of the Novosibirsk State University Mikhail Denisov said that in the practice of children, sounding is now almost not used. Preparation also includes taking special preparations and warming up the heating pad according to the doctor’s instructions.

Attack from the rear

Colonoscopy – examination of the internal surface of the large intestine with a probe inserted through the anus when the air is supplied for bowel movement. Is itnecessary to detect colon cancer, polyps, etc.

Is it painful?Pleasant little. The large intestine is very long and curved. The passage of the turns can hurt. In 90% of cases it is done under local anesthesia, but in children and excitable individuals, general anesthesia is sometimes used. Lasts 30-40 minutes.

Alternatives. There are two ways, without penetrating inside, to see what is inside. First, with the enema, a contrast agent (barium suspension) is introduced into the large intestine, and then either X-rays or computed tomography are done. But only gross violations can be detected, small ones can not be detected at an early stage. You can swallow endocapsules instead of a probe, but high technologies are less reliable than a probe. “It is difficult to control the movement of the capsule, it will not be delayed in the areas of interest, like a probe, in order to better examine them,” says the therapist Vasilyeva.

Cystoscopy – examination of the internal surface of the bladder with a metal catheter with an optical system, which is injected through the urethra. Indications – hematuria, urinary tract infections and urination disorders. It hurts? With inflammation and pain when urinating – yes. For anesthesia, lidocaine gel is used, which lasts about 10 minutes.

Alternatives. Very many know firsthand what cystitis is, but not all have experienced cystoscopy. Meanwhile, cystoscopy is considered almost mandatory in the diagnosis of cystitis. However, in practice, it often costs ultrasound of the bladder, a general urine analysis and a urinalysis by the Nechiporenko method. “Cystoscopy should be done for every patient with cystitis,” Ekaterina Yakovets, a urologist at the CNMT in Akademgorodok, severely utters, “other diseases can also be masked for cystitis.” Ultrasound will not show anything. Nechiporenko does not diagnose cystitis at all – only pyelonephritis. And the general analysis of urine shows only the process of aggravation. ” Ms. Yakovets reported that 97% of her patients with cystitis are being examined with cystoscopy.

So, progress has not yet saved us from unpleasant procedures – sometimes it is better to suffer, in time to start treating the disease in the initial stage, without waiting until it becomes visible to the naked eye.

But to be afraid of invasive procedures (that is, assuming penetration of foreign bodies) is normal: you do not need to hide your fear as “childish” or “stupid”.

“People who are not afraid of invasive procedures do not exist,” says Igor Lyakh, a psychotherapist at the Insight Clinic. If you are literally stunned with fear, Mr. Lyah advises not to hide it from the doctor: “The experienced staff already knows what to do in such cases. They will offer sedatives or anesthesia. ” If it does not help, ask them to explain to you what they are going to do with you. As a rule, good medical staff can explain calmingly. “Where they can explain, there it is worth staying,” advises Igor Lyakh, “and if they can not explain correctly, then it’s worth asking another specialist.”