Rowdy Burton, 30, from Alabama, was born with a rare lower spinal disorder known as Sacral Agenesis. A man who is forced to live with just half a body refuses to let his condition define him.

At just three years old, Mr Burton was forced to have both of his legs amputated, which left him with two stumps beneath his waist and subjected to cruel bullying at school.

Rather than use a wheelchair, Mr Burton chooses to get around on his hands and elbows, even managing to play tennis and ride a skateboard.

Although Mr Burton refuses to let his condition drag him down, he believes being forced to wear a colostomy bag has stopped him from finding love.

He told Barcroft TV: ‘I’ve always tried to see the positive end of every situation. There’s always a silver lining, there’s always a bright side to everything.’

Sacral Agenesis affects around one in 25,000 births in the US.

Rowdy Burton, who lives with just half a body, refuses to let his condition define him

After having his legs amputated at three, Mr Burton gets around on his hands and elbows

WHAT IS SACRAL AGENESIS?

Sacral Agenesis occurs when either part or all of the sacrum (the bone at the base of the spinal column) is missing.

It affects around one in 25,000 live births in the US. Its UK prevalence is unclear.

Sufferers may also have problems with the development of their anuses, rectums or lower limbs.

If there is damage to nerve function, symptoms may include:

Sacral Agenesis often has no clear cause, however, it is associated with insulin-dependent diabetes in patients’ mothers.

Limb amputation may be required.

Condition stops him from finding love

Speaking of his condition, Mr Burton told Barcroft TV: ‘People have asked me, ‘Does not having legs make some things more difficult?’

‘I can’t really answer that because I can’t compare it to having legs.

‘I was born with Sacral Agenesis. I honestly didn’t learn much about it until I became an adult. I always just classed myself as a guy with no legs.

‘My legs had to be amputated because if I had continued to grow and let them develop I would have just been carrying dead weight and since they didn’t bend right either, it would have been difficult to use a wheelchair or crutches.

‘But now, I’m doing well. A lot of my friends that have known me for years have said one time or another that they have forgot I don’t have legs. Which is real nice to hear.’

Despite being accepted by a group of friends, Mr Burton believes his condition has had a negative impact on his love life.

He said: ‘I do not have a girlfriend right now. That goes back to the colostomy bag issue.

‘The thing is in intimate situations, you try to be close to somebody and the last thing you want is a colostomy bag getting in the way.

‘I can have kids if I wanted. Which surprises some people.’

Mr Burton says he is used to people reacting to him when he wheels by using his hands. He believes being forced to wear a colostomy bag has prevented him from finding love

Mr Burton’s amputations led to him enduring cruel bullying as a child and meant he struggled to fit in at school.

Yet he now finds most people respond positively to him and describe how he lives his life as ‘cool’.

Mr Burton said: ‘I was definitely bullied as a kid on several occasions.

‘All the way up to 10th grade by some people. But once I got into high school, everyone got a little bit more mature and I usually didn’t have to worry about it.

‘Most of the time now, people are like, “Hey that’s cool, that guy is walking around on his hands”.

‘I’ve always been used to it – people reacting to me – and so I’ve never really cared that much.’

He adds he is doing everything he wants to do, but still wishes to one day go into space

His friends at the tennis club say Mr Burton draws people to him, adding he is ‘just so cool’

Mr Burton, who drives, says not using a wheelchair makes it easier to get in and out of his car

‘He is one of those people that everybody just immediately loves’

Speaking of how he spends his time, Mr Burton said: ‘There hasn’t been anything that I really wanted to do that I felt like I couldn’t.

‘Except one thing actually. I did kind of want to be an astronaut – still do – I want to go into space before I die.

‘But you know they are pretty strict about that with physical conditions. They will send a monkey up there with no training, but I have to get through a bunch of stuff.

‘I walk around with my hands, but sometimes I use a skateboard because that’s easy to pull in and out of a car for example.

‘I love to play tennis as well with a group of people. It’s like adapted tennis where I go and have fun.’

Mr Burton has made close friends through playing tennis with the organisation Dream Court.

His friend Christy Rue told Barcroft TV: ‘I met Rowdy when I got involved in wheelchair tennis.

‘He is very pleasant, very kind and he never pities himself.

‘People are drawn to him. I remember before I met him, our mutual friend told me, “He is one of those people that everybody just immediately loves”. 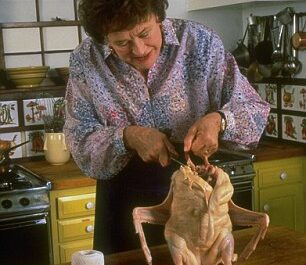 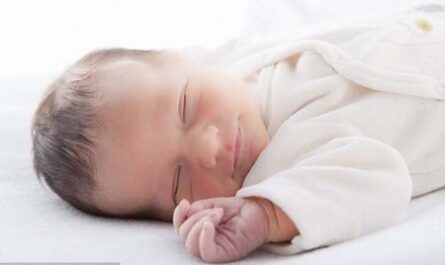 Air pollution is linked to an increased risk of cot death

Black Skin Decoded: join us for an evening of all things black beauty

30 thoughts on “The man with half a body: Amputee, 30, is forced to get around on his hands and elbows”