Tor Wager
Tor Wager is a professor of psychology, neuroscience and cognitive science at the University of Colorado Boulder, and director of the Cognitive and Affective Neuroscience Lab.

Chasing Men on Fire: The Story of the Search for a Pain Gene Stephen G. Waxman MIT Press (2018)

Two soldiers receive similar injuries in battle. One recovers in months; the other endures excruciating pain for years. Why this difference?

The question is pressing. One in five people suffers from chronic pain, affecting every aspect of their lives. Although significant gains have been made with anaesthetics and anti-inflammatory medications, the roots and relief of long-term pain are proving harder to find. Pain is also fuelling a global epidemic of opioid addiction and related deaths. In Chasing Men on Fire, neurologist Stephen Waxman provides a compelling portrait of scientific discovery in this area.

Waxman, who works in basic research and clinical medicine, offers an insider’s account of the global search for a pain gene, beginning in 1966. He intertwines descriptions of cross-disciplinary neuroscience with portraits of scientists, and the struggles of people with conditions such as erythromelalgia, or ‘man-on-fire syndrome’, characterized by burning pain in hands and feet. Structurally, the book is innovative: 11 research papers are interlaced with the stories behind them. It is thus both a boon for researchers and an engrossing read for nonspecialists.

Humans love simplicity. We want the intricate systems in our brains and bodies to ‘just work’. But Waxman shows that biology is complex, and genetic clues can be elusive. Detecting them relies on finding regularities across many people, which can make it seem impossible to pinpoint a key gene, and the rare mutations in it that lead to disease. As he reveals, it took considerable sifting and coordinated effort on three continents by scientists including pharmacologists, electrophysiologists, molecular biologists and geneticists before a ‘master gene’ for pain was isolated.

That gene, SCN9A, encodes the complex molecule Nav1.7, a sodium channel and a basic building block of nervous-system function. When activated by electrical current (for example, from stimulation of nerve endings), sodium channels allow ions to rush into neurons, causing the cell to fire a nerve impulse. Nav1.7 channels are found nearly exclusively in peripheral nociceptive neurons in the dorsal root ganglia; these nerve centres in the spinal column are the first ‘relay station’ in transmitting pain-related information to the brain. This makes the channels potential targets for therapies that alleviate pain without altering brain function catastrophically.

Over more than 20 years, Waxman worked with dozens of people with erythromelalgia. His team painstakingly sequenced each person’s SCN9A gene, hunting for mutations. As he puts it, he was “navigating a large, complex sea”. To understand the functional implications of the mutations, he and his team extracted adult blood cells and turned them back into stem cells. They then triggered these cells to grow into Nav1.7-expressing neurons in the dorsal root ganglia, to study how each individual’s unique mutation affected the cells’ properties. They discovered dozens of rare pain-causing mutations. Later, they used computer models to understand how the mutations affect the sodium channels’ structure, allowing them to predict whether a person would respond to a particular drug.

This research has already helped some people with chronic pain by providing an explanation for its cause, and identifying drugs that are effective for some. Compounds that interact with Nav1.7 channels to alleviate pain are currently in clinical trials. Understanding the mechanisms can help the rest of us: genetic variation in the channels affects susceptibility to common sources of chronic pain, such as surgery. (This does not mean that molecular mechanisms are the only important ones. Post-surgical pain can be strongly affected by emotions such as anxiety, and the complex brain circuitry underlying them.)

Embedded in Waxman’s narrative are broader lessons. First, we need to face complexity head-on. One gene can go wrong in thousands of ways. Each of the 1,800 amino acids in SCN9A presumably affects how the protein it encodes folds. That, in turn, determines whether the channel opens and closes properly to transmit pain-related signals at appropriate times. The story of SCN9A reveals how the pursuit of basic understanding lays a crucial foundation for clinical advances once undreamt of. With the pain gene, this pursuit stretches from scientific experiments on squid by Alan Hodgkin and Andrew Huxley in the mid-twentieth century to the reconstruction of ion channels’ crystal structures by Waxman’s group, and beyond.

Waxman’s story is also deeply human. It pivots on cross-border, cross-disciplinary scientific collaboration in service of the greater good. It demonstrates a pursuit of scientific understanding that keeps sight of the big picture: that people are suffering, and we have the responsibility to help them if we can. Finally, it conveys the spirit of how science at its best is accomplished – with urgency, passion, inventiveness and collaboration. In Waxman’s words: “Let’s just do it.” 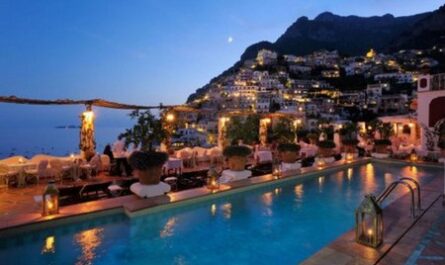 Zooey Deschanel and Will Ferrell Reunite For Their Elf “Baby, It’s Cold Outside” Shower Duet