Skip to content
07.05.2021
Our life
The world is small, and borders do not exist. The 21st century has proved this to us. But the far abroad continues to beckon us with its differences and “other” people. Websites on the Internet, where you can find an interlocutor, a friend or a groom, multiply like mushrooms after a rain. Today, a woman has every opportunity for new acquaintances. But how realistic is it to find a foreigner with whom he wants to tie his life? As today they are looking for a foreign husband and how specialized agencies work, the correspondent of SE explained. 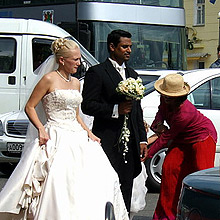 Talk about the fact that “men are now few and do not have enough for all” are not idle kitchen gossip. Statistics inexorably reveals that at the beginning of 2006 in our country for 1000 men accounted for 1158 women. This is an average, and in large cities with a million population gap reaches a ratio of 2: 1! Therefore, the first reason for looking “outside” is the deficit “inside”. Demography is superimposed on the unfavorable environmental health of our men, which leads to high mortality in the prime of life. The second reason that encourages our compatriots to “look to the side” is a subconsciously living faith in the fairy tale about Cinderella and Prince over the sea and the hope that life will improve. And if in Soviet times, the girls gladly left with the princes of the construction teams, today a woman abroad wants to find a man without “surprises”, which she usually lacks here.

Why are our women attractive?
A foreign man chooses our woman because of the coincidence of goals – family and children, which in the West are the yardstick of social success. The client agency on the back: a man in his thirties, educated, with a wealth above the average. A European man (an American, an Australian) wants to find first the mother woman of his children.

According to agency employees, sometimes a preference is given not to a young graduate, but to a woman of 28 years, even with a child.It is believed that it has other priorities.

With this agrees psychologist of the socio-psychological center “Nika” Larisa Sinyakova: “By the age of 30, European women have already made a career, they have a harder selection of partners. And our women are more family. ” European emancipation led to the fact that acquaintance in public places was equated with harassment, and through the agency you can find a woman who is also attuned to relationships.

Why do Siberians want to marry a foreigner?
A woman who applies to an agency is usually 25-45 years old. She, as a rule, has experience of marriage and higher education. But not only bad experience is the reason for applying to the agency. “Look at the woman 32-35 years old. She has an apartment, a car, a successful job. What kind of a man would she be looking for? Above average prosperity, – says Ekaterina Brusenskaya, the founder of the E-Date agency. “If she does not find him here, then, quite possibly, she will come to us.” Because the most important thing that our men do not have is a mood for a serious relationship. Our divorced man, who has a good income, often prefers temporary relationships. “

Hundreds of sites on the web promise a happy marriage outside their homeland. Of the Russian-language sites are the most famous www.bride.ru, www.rudate.ru, www.svadba.com. Only photos and wishes are required for registration. However, forum visitors are skeptical about the sites of Russian brides. Often personal information is simply sold to the left, and virgins are occupied by offers of dating far from serious. And removing the questionnaire for the woman becomes a problem. Therefore, if you decide to try your luck, do not lay out the photo in swimsuits and never leave contacts, except for those specially set up for these purposes.

On foreign websites, the rule usually “vote with a purse”. On more or less decent sites, where access from Russia is open (many are blocking our homeland because of fans of letters asking for financial assistance), you can only passively receive letters (for example, www.meetic.com). For other manipulations you need to pay 30 to 50 international units. Tip: to start cognitive go to a specialized forum (for example, antidate.org). You will learn a lot of new things. 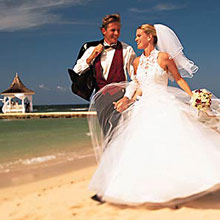 If there are no forces or opportunities to sit on the sites themselves, you can contact a specialized marriage agency. Here the main advantage is the safety of women. A man who applied to such an agency from a foreign party submits a declaration, which indicates income data, a certificate from the Ministry of the Interior, a medical report. The incomes are usually above average, as to transport a foreign wife is an expensive pleasure. By the way, agencies that arrange the fate of Siberian brides, not so much, as you can imagine.

How to get acquainted
The law “love with eyes” has not been canceled yet. Therefore, the main “working” part of the questionnaire of the girl is professionally executed photographs. The questionnaire-presentation is placed on the websites of foreign partners, and the process of “matchmaking” begins. If there is a mutual interest, the correspondence begins, in which the translator usually participates, since most women do not speak a foreign language at a sufficient level. However, this usually does not bother anyone.

After several letters, contact is established, and a man can contemplate a woman on a “photo in the interior”, but not as a studio, but as a home. “If a man is serious, he starts talking about the meeting after the fifth or seventh letter,” says Ekaterina Brusenskaya. The first acquaintance usually takes place in Russia. But there are exceptions. In any case, if the intentions become serious, the woman travels to the country on a bride visa (for 3-9 months), where she decides. At the stage of women’s interest in women, there is a powerful incentive to learn the language, and this is not such a problem, as many believe.

They lived happily ever after
If you look at the statistics by country, then it is fairly predictable. Our brides are trying to get acquainted with the bride from the USA, Canada, Australia and Europe. Of the European countries, Germany leads. Next come France and England. This confirms the head of the Novosibirsk Wedding Palace Liliya Chernobay, noting the increase in the number of marriages in recent years in general and foreign in particular. Slightly less popular are Italians and Spaniards (our women are afraid of the temperament of hot southern men). But the cold Scandinavians (especially the Norwegians) are marveling – after Russia, I really want stability and order.

How is the fate of our women abroad? The mass of rainbow stories, no less malicious smirks and the absence of official statistics: “We do not have an agreement that obliges foreigners to report at the place of registration information that the marriage is terminated,” Lilia Timofeevna confesses.

As for the problems that persecute a woman abroad, the notorious difference in mentality, to which much can be blamed, plays far from a decisive role. The clash of their own expectations and reality – that’s what destroys the relationship, according to psychologists. Just like unwillingness to compromise or marriage without a true feeling. And it does not depend on climate and geographical coordinates. 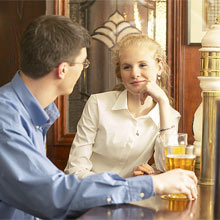 How to make a first date is not the last 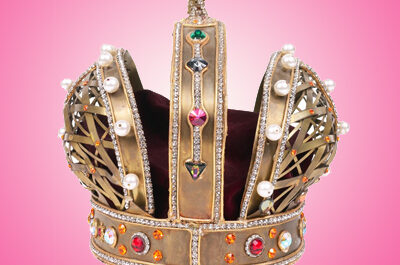 Eternal aspiration to perfection can lead to depression 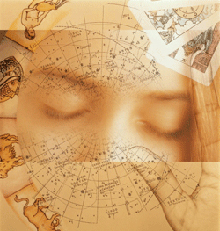 In the service of the Zodiac