Are you afraid of mice as I fear them? What about spiders and snakes? Maybe you are afraid of darkness or height? And what do you think about traveling in an elevator or walking on stairs?

If you are shivering at the thought of these creatures or actions alone – you are not crazy, you just suffer from phobia. This does not prevent you from understanding the absurdity and irrationality of fear, it is sometimes impossible to control it. According to European studies, eight to nine percent of the world’s population suffers from phobia.

Every tenth inhabitant of the planet suffers from phobia

Phobia is an irresistible, obsessive fear of an object or situation. As a rule, this fear is accompanied by a strong desire to avoid what you are afraid of, which can hamper the implementation of a variety of actions.

There are three types of phobias:

• Specific.It is the fear of certain objects or situations: closed spaces, animals (most often spiders, snakes or mice), heights, travel by plane, water, thunderstorms, dentists, tunnels, bridges and much more.
• Social. People who suffer from social phobia are afraid of condemnation and negative evaluation by others, are afraid to look ridiculous in the eyes of others (fear of speaking in public).

Shyness and social phobia are not the same thing. Modest people may feel uncomfortable with other people’s company, but they do not worry about two weeks before the show and do not try to avoid appearing in public. At the same time, people with a social phobia may not be modest – they can feel great when communicating with other people, except for certain situations.

About 25% of people who regularly appear in public, fight with terrible excitement.

• Agoraphobia.This fear can be triggered by a single episode of sudden panic. A person suffering from agoraphobia may experience panic at any time for no apparent reason. Despite the fact that the panic lasts about a minute, the memory of these feelings is so strong that the possibility of repetition begins to frighten. For this reason, people with agoraphobia avoid places where they can not get out in case of a new attack. 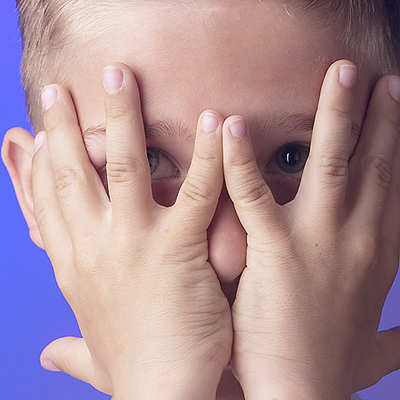 We have nothing to fear but fear (Franklin Roosevelt).

Research confirms the fact that phobias are a complex interaction of the influence of heredity and the environment. Nevertheless, the main reasons are:

1. A series of unpleasant episodes for a long time.

If you repeatedly appeared in similar unpleasant situations, in due course you can start to be afraid of a negative outcome. A few negative episodes in the lesson of school physical education – and even after many years you may not want to get up on skis.

2. Fear inspired from without

This is the easiest reason to determine phobia, because fear is imposed from the outside. For example, if your mother jumped on a chair with a yell, after seeing a tiny mouse, most likely, you will act the same way. That is, you have adopted the fear of a person who was your model of behavior. And it can be any person with whom you are in close contact – a friend, a neighbor and even an unfamiliar person.

3. Serious injury in the past

If you have experienced strong emotions in the past, this can give rise to an inexplicable fear of the very situation, the object, the person or the place that originally caused your fear. You may know the cause of your fear, or it may be hidden in the depths of the subconscious. In many cases, fear is suppressed.

Three-quarters of people who turn to a specialist for help get rid of their fears.

If for some reason you do not want to share your problems with outsiders, try to help yourself. Understand that your fear is just a habit. At some point in your life, you have learned to react so to the stimulus. Although this habit gives you a lot of trouble, you can get rid of it.

To do this, you need to understand how this happens to you. Of course, you are not afraid specifically, but you do it, albeit automatically. This is your brain, your body and your emotions.

1. Disassemble your fear into components

Once you see an irritant, you perform a number of specific actions. How does this happen? Consider the example. You are afraid to go down the stairs. As soon as you need to do this, you see a ladder, remember the past unpleasant moments in a similar situation (you already fell yourself, or your girlfriend got injured by going down in the subway, or you saw such an episode on TV), begin to wind up imagining how the foot It turns, the heel breaks and you roll down in slow motion. The pictures are accelerating – faster and faster … Your video and thoughts about the catastrophe cause your body to react – trembling, rapid pulse, etc. And all – you are already bad.

The next step is to understand at which point you are starting to think about the bad.

It is he – the irritant – triggers the mechanism of fear, you anticipate a catastrophe. Irritant is not what you feel – it’s kind, sound, smell or taste. If you are afraid to ride or walk on the bridge, the bridge itself may become a stimulus, or even thoughts of an impending trip across the bridge. Irritability may be several 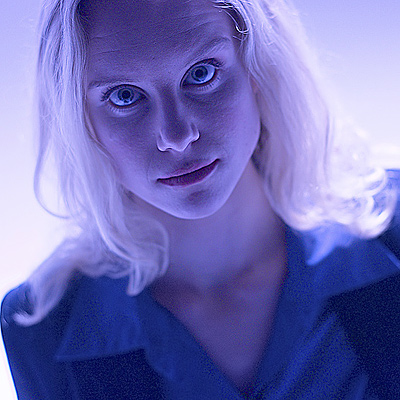 3. Analyze the fear and its consequences.

Take four sheets of paper. On the first write down a list of situations that can trigger your fear. On the second – make a list of your feelings, physiological reactions, which can enhance your excitement. On the third sheet, you will record the worst scenario – what will happen if you lose control.

For example, if you are afraid of flying on an airplane, you can write down the following:

1 sheet
• Thoughts about the forthcoming flight

• Ordering tickets for the plane

In the fourth sheet, you will bring the most exciting moments from previous three in descending order (depending on your attitude – which makes you nervous more, which is less).

Lie down on a sofa or sit in a comfortable chair, turn on meditative music, close your eyes and take turns relaxing all parts of your body, starting with the heels. Pay attention to what you see, hear and feel at this moment. Staying relaxed, imagine the situations recorded on the fourth sheet. Start with the most innocuous. It will make you tense a little. Try to relax as much as possible. As soon as you learn to remain relaxed, presenting the most insignificant situation, move on to the next point. But do not rush – one element of the list a day, according to psychologists, is more than enough. In addition, do not go to the next item while you are nervous, thinking about the previous one.

Thus, you will gradually learn to cope with fear. Of course, such exercises are more effective under the guidance of a specialist, but if you feel yourself strong – try it yourself. This process requires patience and takes several weeks or even months.

Fight with fear can be different. Master of suspense Alfred Hitchcock got rid of his fears, filming films about them. Seneca Senior advised: “Separate the confusion from its cause, look at the matter itself – and you will be convinced that in any of them there is nothing terrible, except the very fear.” And Aesop wisely noted: “Even fear is softened by habit.”