September brought us the very sad news that the biggest reality TV show – Keeping Up With The Kardashians – will end in 2021 on its 20th season, after 14 years of having the world totally hooked on family drama.

“After what will be 14 years, 20 seasons, hundreds of episodes and numerous spin-off shows, we are beyond grateful to all of you who’ve watched us for all of these years – through the good times, the bad times, the happiness, the tears, and the many relationships and children,” Kim wrote on social media at the time.

“We’ll forever cherish the wonderful memories and countless people we’ve met along the way… This show made us who we are and I will be forever in debt to everyone who played a role in shaping our careers and changing our lives forever.”

But it seems as though the Kardashian klan (sorry) couldn’t keep away from reality TV for long. It’s been officially announced that the family will produce a whole host of digital content for Hulu in the US and Star, the new international version of Hulu. 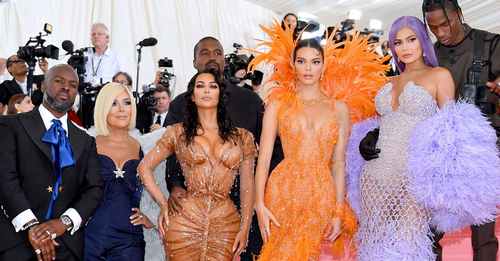 Hulu is a Disney brand – the entertainment conglomerate owns a 67% majority stake – which essentially makes the Kardashian-Jenners Disney princesses. Yep, we are so on board too.

The series is expected to premiere in late 2021, according to sources, and with further details expected to be announced shortly, it’s unclear whether the show will continue Keeping Up With The Kardashians under a different name or launch an entirely new project. We’d love to see more focus on Kim’s work in criminal justice reform, especially as she’s becoming more and more vocal about the subject on social media (RIP Brandon Bernard).

Kris Jenner took to Twitter to announce the fam’s new venture, saying: “Excited to announce our new multi year partnership with Hulu and Star and what’s to come in 2021.”