Everyone knows you shouldn’t judge a book by its cover, but let’s face it: we all do it. 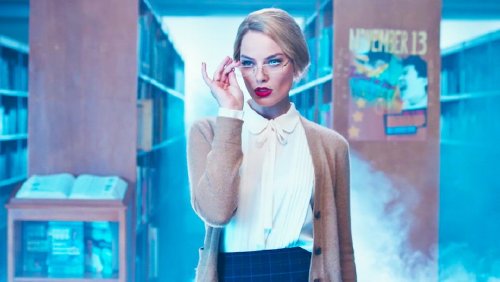 For example, these are yesterday’s top posts on theCHIVE.com.

I have zero issue with your choices, really – I, too want to know who wins the epic BooBs vs. Buns Battle Royale. But it does prove my point. We, as a people, appreciate what’s pleasing to the eye. Which is why balancing your chi with a dose of humanity is so important. Today, I’m bringing them together just for you. 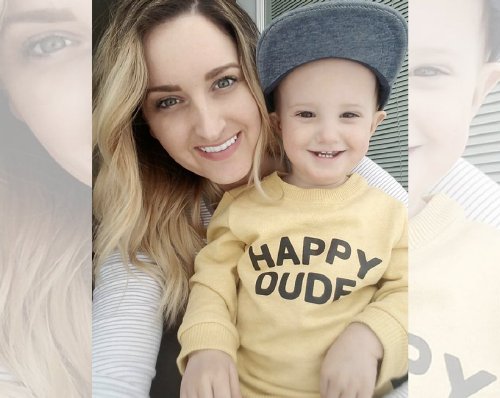 How cute are these two?! This little guy is Van, along with his mom Tamara. They live in Utah, and Van just celebrated his second birthday. In addition to being extremely photogenic… 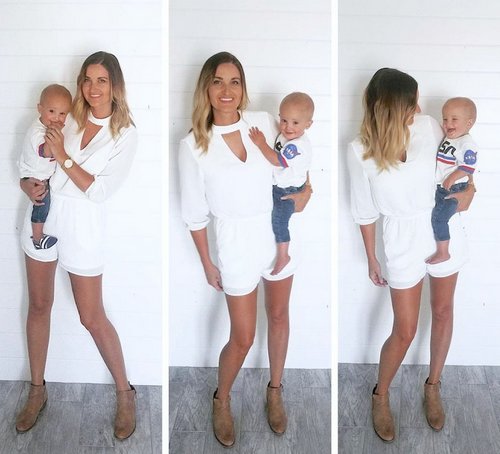 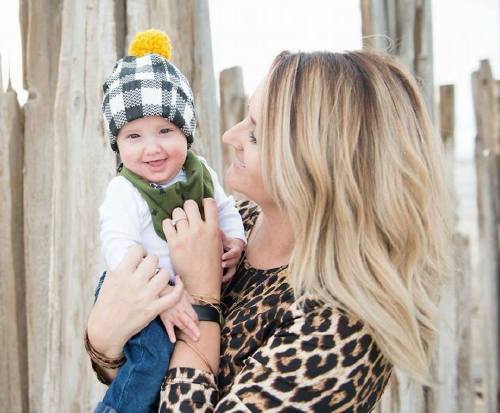 Before I read Van’s case, I was pumped about the prospect of giving a van to a recipient named Van – we’re kind of known for granting wheelchair-accessible vans (quickly approaching 100!), so the odds seemed pretty high, but alas, that’s not why Tamara reached out for help. It was for something much smaller, but no less important, for her son’s future. 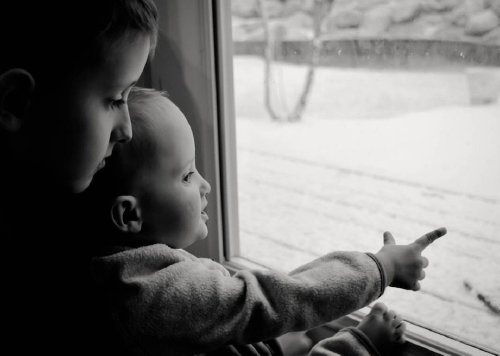 Last January, genetic testing revealed Van has a mutation in his RECQL4 gene, and that he has Rothmund Thomson Syndrome (RTS). RTS is a rare autosomal disorder that affects the skin, eyes, bones, and teeth, and greatly increases the risk for bone and skin cancer. His symptoms – rashes on his cheeks, arms, and legs, unexplained vomiting, and refusing to eat – started around five months old, and it had been a long, scary year. 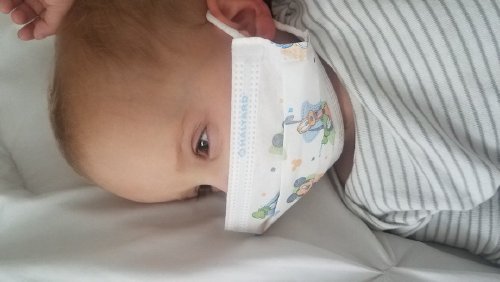 “We started genetics testing on November 2, 2017,” Tamara explained. “We had to wait eight to 10 weeks for the results, and in the meantime, we started connecting the dots with his clinical diagnosis and some of his symptoms…it was starting to make sense.” 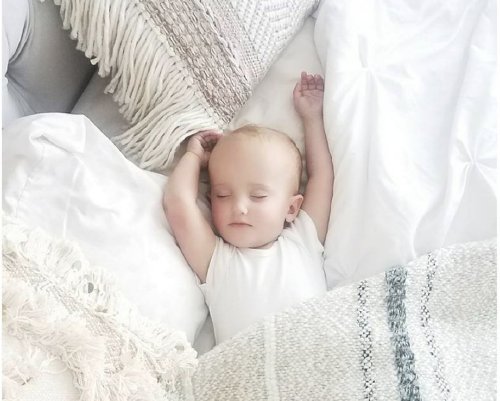 I checked Van’s pics again. At first glance, I didn’t even notice the rash, because that is one seriously cute baby. 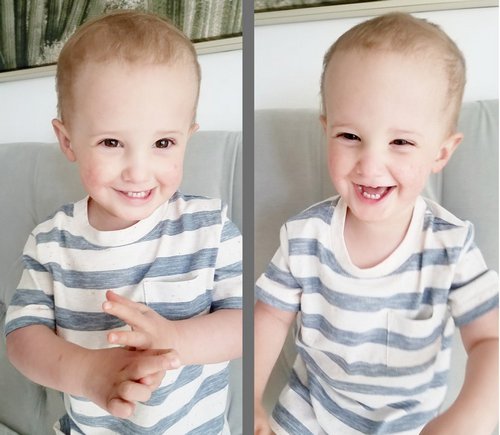 But then I saw it, and thought about how terrifying it must have been for Tamara to watch this mysterious rash spread from her son’s cheeks to the backs of his legs, to his forearms, to the tops of his ears, all in just a few months. 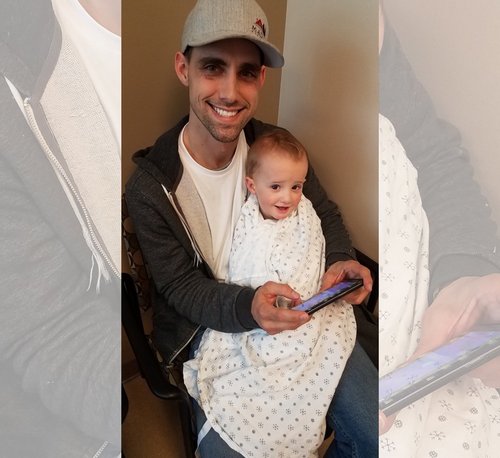 And how maddening it must have been to try everything under the sun to make it go away, only to fail over and over.

But as I talked more with Tamara, I realized the rash was only the beginning of Van’s struggle. 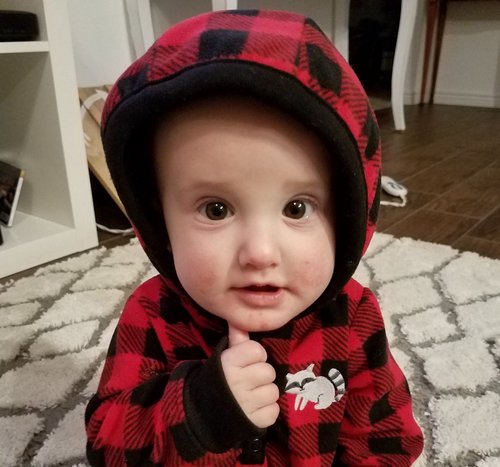 “Van is in a lot of pain. Some days he doesn’t have any, other days are the complete opposite. The vomiting comes at night, so he sleeps with us to ensure he doesn’t choke. His skin is very thin and red and prone to blisters, and when he scratches it, the blisters pop and bleed. His immune system isn’t strong at all, and he gets sick a lot,” she sighed. “Every day is a roller coaster.” 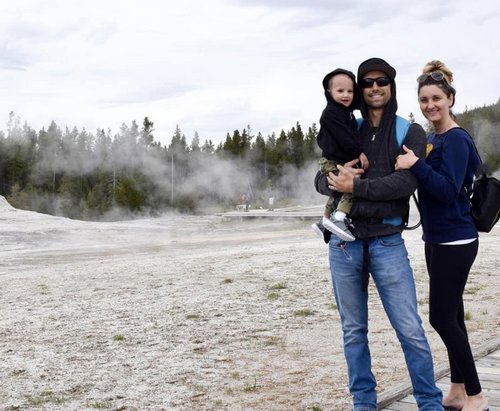 As Van gets older, his parents worry he’ll face even more challenges. They worry his bones will form incorrectly and he’ll need a wheelchair to get around. They worry about his increased risk for cancer. They worry about him missing out on the things he loves – basketball, swimming, catching bugs – because going outside in the sunshine is so risky. 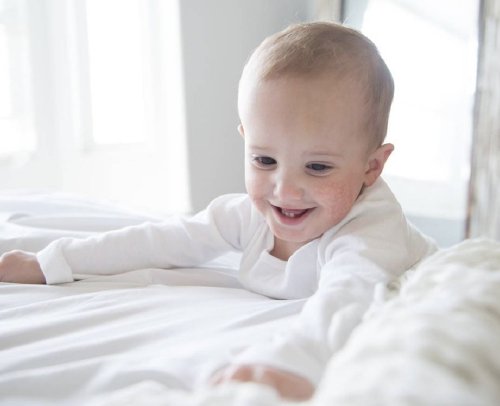 And then, there’s that whole judging a book by its cover thing.

As Van grows, he will have to deal with his sparse eyebrows, lashes, and hair, plus that angry rash people assume is contagious. They won’t see the boy who loves to laugh and run free and shoot hoops like his big brother, they’ll make a snap judgement about this boy who is truly beautiful inside and out. And that just doesn’t work for us. 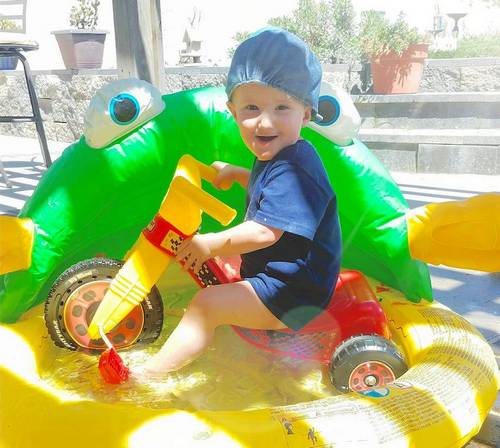 “When I think of the day Van will have to face kids his age, so many emotions go through my mind. I hope they’ll accept him, play with him, and show him kindness, as he doesn’t know any other way in life. He is pure joy, and he has taught us more in his short two years than we could have ever learned in a lifetime.”

Tamara told us about a cutting edge treatment for patients with RTS, where doctors use a V-beam laser to destroy blood vessels just under his skin that make up the rash. It could eliminate the redness on his cheeks and keep it from spreading to other parts of his body, which will ultimately lead to increased self-confidence and less stress as he grows up. We thought it was a great way for Chive Charities to help, so we provided a grant for $3,600 to cover all 12 V-beam treatments for Van. 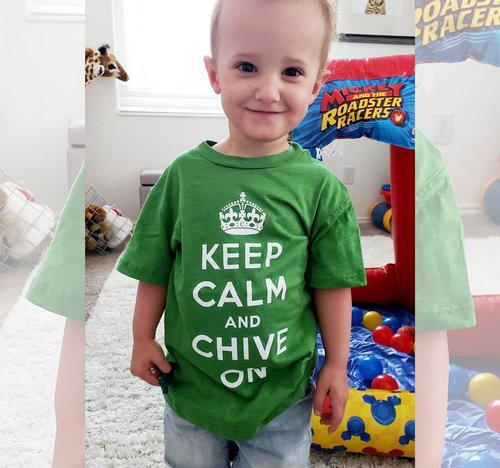 Van starts his treatment this month, and Tamara wanted me pass along this message:

“This grant will impact Van both physically and mentally – the relief he’ll have from this will benefit him for the rest of his life, and from the bottom of our hearts, we appreciate it more than anyone will ever know. Thank you.” 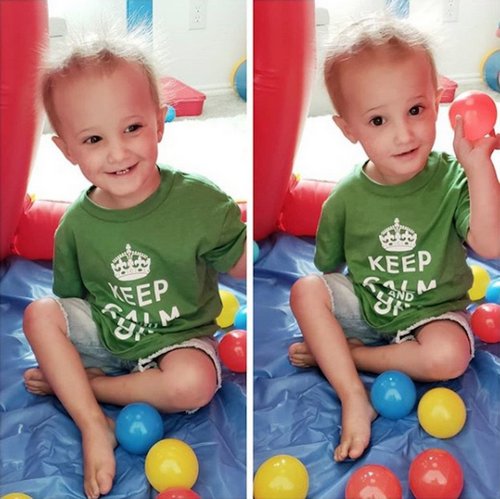 How can you say no to this face? Help us give more kids like Van the happy childhood they deserve – become a Chive Charities monthly donor RIGHT HERE. 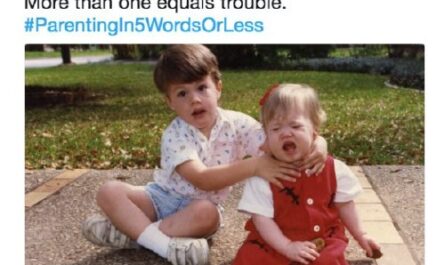 The realities of parenting in 5 words or less, Photos 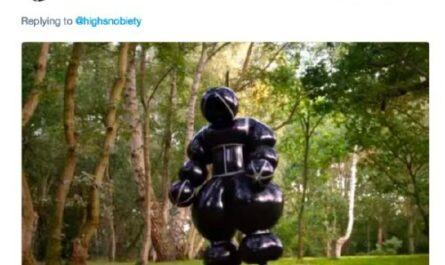 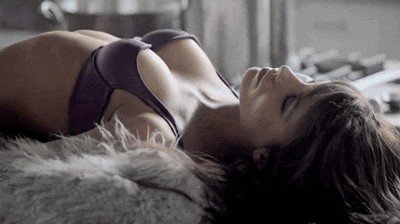