It’s hard to comprehend how something as carefree as a country music festival on the Las Vegas Strip could turn into the deadliest mass shooting in modern U.S. history. 59 people attended the event in high spirits, only to not make it out alive.

Our hearts are heavy as we read about the heinous acts of carnage that, once again, occurred at the hands of an armed man, but the heroic stories that emerge from the deadly event remind us that there’s still humanity in the world. These individuals risked their lives to save others, and these are their stories.

Taylor Winston and his friend, Jenn Lewis, transported strangers to the hospital after they found a truck near the venue left unattended with the keys inside. Taylor, a former Marine, helped others over a fence before eventually tearing it down so they could get out of harm’s way. “Jenn and I luckily found a truck with keys in it and started transporting priority victims to the hospital and made a couple trips and tried to help out the best we could until more ambulances could arrive,” he tells the The Daily Beast. Taylor and Jenn made two trips to the hospital, transporting approximately two dozen wounded individuals.

Krystal Goddard and Amy McAslin made it out of the shooting alive thanks to the protection of a complete stranger. The women were standing by the stage when the bullets rang out and quickly dove under a table to seek cover when a wounded man used his body to shield them. “He told McAslin that he’d been shot,” Goddard tells CNN. “He had expressed to her that he didn’t think he was going to make it.” As the group packed together the kind stranger shielded the women as he bled out on McAslin’s shirt. All together they chanted: “Everything is going to be OK.”

Sonny Melton, 29, a nurse from Tennessee, shielded his surgeon wife Heather from the spray of bullets when he was fatally wounded. “At this point, I’m in complete disbelief and despair. I don’t know what to say. Sonny was the most kind-hearted, loving man I have ever met. He saved my life and lost his,” Melton tells Fox 17.

Jonathan Smith was in Las Vegas celebrating his brother’s 43rd birthday when he heard the sound of gunshots. Smith, a 30-year-old copy machine repairman, looked around for his family, but couldn’t find them in the chaos–and that’s when he lept into action, directing close to 30 people to safety, instructing them to hid behind cars. Unfortunately his heroic act could’ve cost him his life.

Smith tells the Washington Post that he was instructing a group of young girls to get on the ground when the shooter struck him in the neck. Doctors have decided against removing the bullet, for fear it may do more damage. Smith’s injuries include a fractured collarbone, bruised lung and cracked rib.  Smith tells the paper that he doesn’t consider himself a hero. “I would want someone to do the same for me. No one deserves to lose a life coming to a country festival,” he says.

Lindsay Padgett and her fiancé, Mike Jay, made it to their truck across from the venue when they were moved by the sight of wounded strangers in need of medical attention. “We realized there were people everywhere that needed help and on stretchers…People saw that we had a truck, so we said, “Fine, yeah”, and started to pack everyone in,” she tells ABC News. The couple transported five wounded individuals. “We were just trying to get people to the hospital. We got halfway there, and as we were getting on the freeway, we saw an ambulance stopped, so we went over and they started taking the most critical people and putting them in the ambulance,” she continues.

Steve Keyes, a Glendale firefighter, was found bleeding after a bullet grazed his chest. As bullets continued to tear through the crowd from above, Keyes was performing CPR on a wounded woman when he got hit. “Prayers needed. Lot of people hit. A lot killed. Was doing CPR on a woman in the concert when I got grazed. I’m ok. But a lot of people aren’t,” Keys shared in a post on Facebook.

How to Survive Your Baby’s First Flu Season 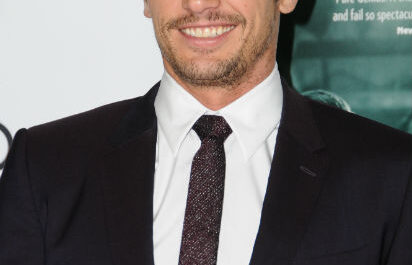