When it comes to the fashion industry, we’re all totally aware of the lack of diversity that it brings. 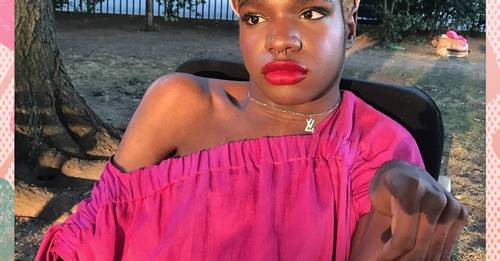 Signings previously include the likes of Tyra Banks and Ruth Bell, so when 17-year-old Aaron (pronounced A-Ron) Phillip got scouted from her social media accounts, no one could have predicted such a large management would’ve taken a chance on an underrepresented person within the industry.

i’m signed to @elitenyc! thank you so much for supporting me thru my journey to make the fashion world more inclusive. this hasn’t been easy, but we did it! i’m so excited & grateful to work hard and share this new chapter of my life with you all ❤️? pic.twitter.com/X7d05rS379

Making the announcement via Twitter (along with some chic AF polaroids), Aaron wrote that “it hasn’t been easy” but wanted to thank everyone for supporting her through her journey to making runways more diverse.

Last year, the new model posted a tweet speaking about her dreams of becoming a professional model and proclaimed that once she gets scouted by a modelling agency, “It’s all OVER for y’all!”. The Twitter Gods were listening.

In an essay for Them, she revealed: “I have never seen a physically disabled supermodel or a Black transfeminine model heralded, celebrated, or even working in the way other models are – and I hope to change that.

“This lack of representation and visibility in fashion has deeply affected me throughout my life, and has driven me to take matters into my own hands to carve a space and try to provide an opportunity for members of my community in this field.”

We cannot wait to see her upcoming shoots and hope this paves the way for a more diverse fashion world.

Have your straighteners passed their expiry date?, Here are 3 surprising signs they have…