It’s been way too long since the release of Fantastic Beasts And Where to Find Them, but we don’t have much longer to wait until the sequel, as the official Twitter dropped the third and final trailer for Fantastic Beasts 2 on Sunday.

In the final trailer we see a young Dumbledore, played by Jude Law, alongside Newt Scamander joining forces to defeat Gellert Grindelwald, portrayed by Johnny Depp.

Obviously, Eddie Redmayne is returning as Newt, Katherine Waterston as Porpentina Goldstein, Dan Fogler as Jacob Kowalski and Alison Sudol as Queenie Goldstein- as well as being joined by a film-industry newbie, Joshua Shea who poses as young Newt.

Other new characters include Leta Lestrange (played by Zoë Kravitz), Newt’s older brother Theseus Scamander (played by Callum Turner), Credence Barebone (played by Ezra Miller) and a previously unamed woman played by Claudia Kim who is now revealed to be none other than Nagini (who *SPOILER* later becomes Voldemort’s beloved snake). 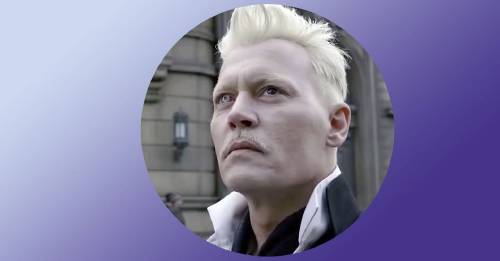 Warner Bros first announced the follow up in November last year, and overjoyed fans of the wizarding world have just one month to go until the film is finally released.

We were first teased with an official trailer back in March, but didn’t receive any additional sneak peaks until July.

While we’re unsure as to how the plot develops, Jude Law (young Dumbledore) has revealed that he and Johnny Depp (Grindelwald) didn’t film any scenes with each other – so we’ll let you Fantastic Beasts fans put the puzzle pieces together and hold tight for the third installment to see the the actors pitted against each other on screen.

He told Entertainment Weekly: “I don’t actually have any scenes with Johnny.

“As I said before, this is only Part 2 of a longer story. I’ve always admired him from afar, but we don’t know each other, and I’ve not yet met him on this.

“In many ways that suits the relationship as it’s been many years since they’ve seen each other. So there’s complexity in that that’s fun to mine. Again, the past will reveal itself.”

We can’t wait to see how this turns out.