There are so many awesome things about being a kid. 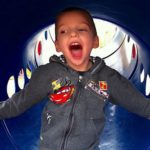 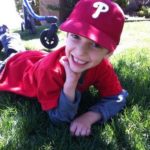 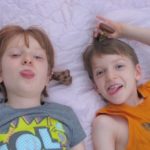 Goofin’ with your big sis… 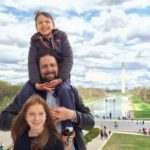 Your parents still pay for vacation… 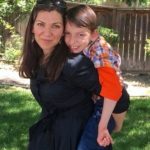 Especially snuggles with your momma.

And you assume you’ll go through your whole life without any hiccups – grow up, get a job, have a family or a Goldendoodle, retire in Boca and yell at kids to get off your lawn. Boom. 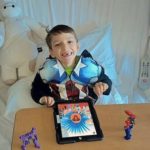 But what if things don’t follow the script? What if, when you’re eight years old, you’re diagnosed with a progressive neuromuscular disease, and all the growing and developing and kid stuff you’ve accomplished since you were born begins slipping away? 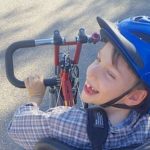 That’s what’s happening to Carter – over the past three years, he’s lost the ability to walk, talk, and be independent in most meaningful ways. But instead of giving up hope, he’s finding new ways to live his best life. Let’s start from the beginning. 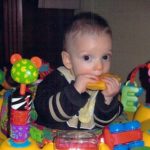 “Carter was finally walking on his own around 18 months, but he was always unsteady on his feet,” his dad Robert remembers. (By the way, Robert’s been a Chiver for years, ever since a coworker mentioned theCHIVE in a staff meeting and got him hooked on the DAR. He never imagined the day he’d be turning to Chive Charities for help, but like I said, life doesn’t always go according to plan.) 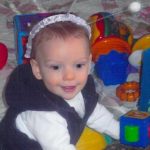 Walking late wasn’t the only thing making Carter’s parents worry. He spiked really high fevers, had trouble swallowing, and came down with croup an awful lot. None of those are a big deal on their own, but combined with Carter’s developmental delays, they were concerning. 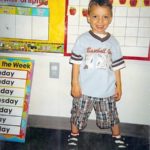 Carter’s pediatrician was concerned, too. For the next four years, there was much testing, possible diagnoses, copious amounts of worry, and a steady decline in ability. In 2015, doctors informed Carter’s parents he had H-ABC, a progressive condition that causes delayed, and eventually the loss, of motor function. 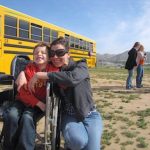 Over the next few years, Carter would go from walking to crawling, crawling to scooting, and scooting to barely able to keep his head upright on his own. The milestones he worked so hard for were gone. Everything changed. 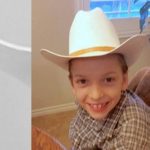 Except Carter. The real Carter. 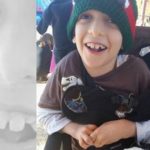 “He’s quite possibly the happiest boy in the world,” his dad said, and I think he might be right. 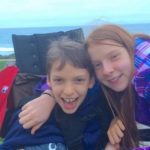 Carter’s charming and he knows it. He has a huge smile for everyone he meets, and they have a smile for him. Even when he’s in the hospital, fighting one critical illness after another, he strives to be positive, to reassure his parents he’s doing just fine. But the thing about rare diseases is, there’s no guarantee everything will be fine. 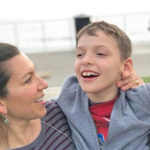 “There are moments you just lose it,” his mom Lourdes told me. “Every day is up and down, but when he smiles at me, I just know it’s going to be O.K., whatever it is.” Optimism is a very cool thing. It keeps you moving forward through the hardest times, when life goes off-script and you’re not sure you can make it another day. The recipients Chive Charities helps know it well. 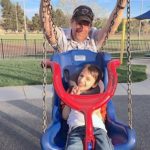 “If I’m able to get him through his time on Earth and he’s happy, that’s all I want,” Robert said. So that’s what they’re doing. 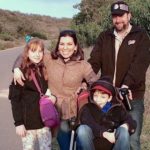 Making the most of every experience, every day, every moment of Carter’s uncertain future. They watch a lot of movies and they always let Carter pick, which can be risky sometimes.

“We FINALLY got him to start watching Star Wars movies after we found an old copy of Return of the Jedi in the hospital during one particularly long stay,” Robert said, laughing. Then he added, “His current obsession, unfortunately, is Teen Titans Go! We are very hopeful this will pass soon.” 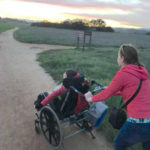 Questionable TV choices aside, they get outside as a family whenever possible. Southern California is pretty amazing, and feeling the sun and the wind and the world keeps Carter connected. 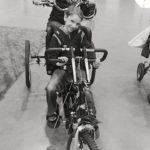 The world needs it, too – kids like Carter are warriors, showing the rest of us how strong humans can be in the face of adversity.

Naturally, Chive Charities wanted to do our part to make Carter’s world 10% happier. 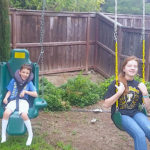 “What do you need to make Carter’s days as bright as his smile?” I asked Robert. Being a longtime Chiver, he knew this question was coming. And like so many Chive Charities recipients, mobility was the key.

Carter turned 11 in April. He’s growing taller and heavier every day, and uses a sturdy wheelchair to get around. Right now, Robert hoists the chair onto the luggage rack of their SUV and lifts Carter into a special car seat every time they leave the house. It’s back-breaking work and it’s taking a toll on their family, and we knew immediately what we needed to do.

Chive Charities’ Green Ribbon fund is a smallish group of incredible humans who donate $10, $25, $50 or more every single month, and they’re the ones who made it possible for Carter’s family to get the wheelchair-accessible van they desperately needed. What’s $40,000 among friends anyway? (Answer: It’s a 2018 Dodge Caravan that will let Carter’s family make the most of every day they have together.) 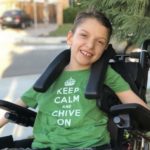 Are you ready to help families like Carter’s live their best lives, no matter what curveballs they’re thrown? We need you. Become one of our Green Ribbon heroes right HERE.

**P.S., shout out to our friends at BraunAbility for their amazing partnership with Carter’s grant! 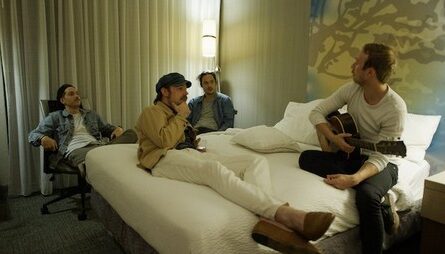 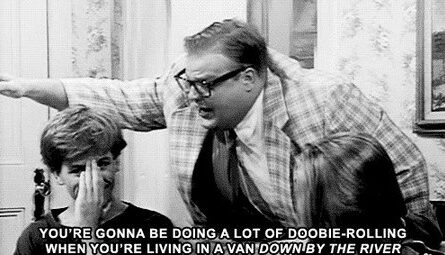 Sooo… you got wasted

NFL logos ranked by attractiveness, all still beautiful on the inside