If that wasn’t enough, teenage girls are SO clued up on music/celebs/make up (how do they get it so good?!)/TikTok/everything pop-cultural. Everything. So there’s no getting past them.

Oh, and the difference between thirteen-year-olds and nineteen-year-olds is tremendous. You do a lot of growing up during that time, after all, so the contrast in what these girls want is huge.
If you’ve ever tried to shop for gifts for teenage girls, you’ll know how hard it is to get right. Not for lack of teenage gift ideas out there – the shops are swamped with the things – but because teenagers are notorious for already having everything they want/sending stuff back/WhatsApp’ing their friends with “you’ll never guess what so-and-so” bought me pics.

Here at GLAMOUR, we love a challenge. As our favourite brands – from Glossier to Oliver Bonas and Boots – begin to gear up for Christmas, we thought there no better time to curate an edit of Christmas gifts for teenage girls that she’ll actually, genuinely like. They might even get a spot on her next Instagram reel, if you’re lucky. 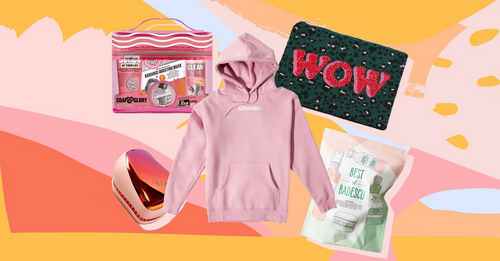 We asked the teenage girls in our lives what they’re hankering after this year, spoke to some of the biggest brands in the business and scoured the new-in sections of our favourite sites. And the result is something great.

There’s a Glossier hoodie to complete her loungewear wardrobe, a charm bracelet from Missoma and GHD’s limited edition gold styler which comes with its own vanity case. Oliver Bonas are stocking Coco Eve’s Pamper Pals kit which will give her super-soft hair in an instant, while Beauty Bay have dropped Amika’s New Dimensions gift set which will – similarly – transform her tresses for less than £40.

On the hunt for something cheaper? There’s a pair of cashmere socks in Boden, a waterproof AirPod case in the hue of the moment (lilac, FYI), a £45 perfume and a Tangle Teezer in the coolest metallic pink we ever did see. 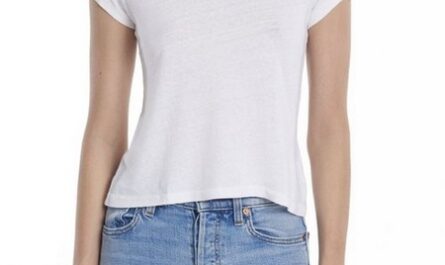 The White, Vintage-Looking Tee That Dara Wants to Buy in Bulk

These inflatable outdoor pools are here to officially un-cancel summer