Johnson claimed that Cummings was following his ‘instincts as a father’ and ‘acted responsibly, legally and with integrity’. But Durham police have confirmed that Cummings ‘might’ indeed have broken the rules with his day trip to Barnard Castle.

It has triggered in many people a feeling of injustice and unfairness, of not being heard, of being dismissed, undermined and gaslighted.

The mood of the moment is one of outrage. We’re all facing this pandemic together and some are understandably frustrated about the sacrifices and compromises that lockdown brings. It’s like being in a cage. So when the UK prime minister Boris Johnson went out on a limb to show blind loyalty for his chief advisor Dominic Cummings, who drove hundreds of miles from his home while his family had symptoms of coronavirus, it triggered quite the reaction.

And for me, a woman of colour, this has brought up and mirrors another, very familiar feeling of injustice – of what it feels like to be a person of colour in a world where white is perceived the centre of power. We experience these type of double standards and gaslighting on a sliding scale from everyday micro-aggressions to outright murder. 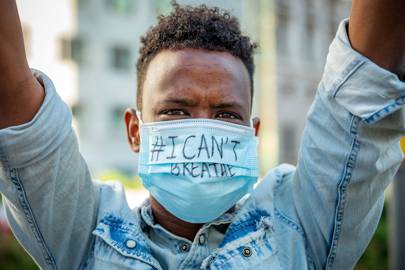 Across the pond, this has been highlighted more than ever, this week, with what happened to 46, year old African American George Floyd in the United States, illustrating this in a very real and scary way. We have all watched that heartbreaking video where a white police officer from Minneapolis aggressively placed his knee on Floyd’s neck, ignoring his pleas that he couldn’t breathe as he begged for his mother. He later died in hospital.

While many around the world are outraged, demonstrators seeking #JusticeForFloyd have been attacked by riot police and tear gas. Trump’s response? To pour fuel on to the fire with a tweet threatening protesters with a violent military crackdown: “When the looting starts, the shooting starts,” Trump Tweeted.

“This is the same country where white right wing protestors who stormed government buildings in Michigan earlier this year with automatic military grade weapons demanding that state business reopeen, were tolerated with peace and restraint. President Trump even called them “very good people…They want their lives back again, safely! See them, talk to them, make a deal”.

The officer who killed Floyd has been fired, but prosecutors have declined so far to bring charges, though the FBI are investigating and charges could result. 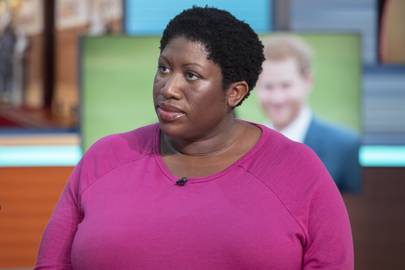 The story of George Floyd is not an isolated one. In February Ahmaud Arbery, an innocent African American jogger, was gunned down and murdered in Georgia by an ex policeman who claimed he ‘thought he was a burglar.’ And there are countless other examples. People have come to understand that for an African-American man an encounter with the police potentially means violence.

Just look at what happened this week when Amy Cooper (a white woman walking her dog in Central Park) was asked to leash her dog by an African American bird-watcher. Incensed, she called the police and falsely claimed that an African American man was threatening her life. Her behaviour implies that she fully knew the dynamic between the police and a black man. In short, she used the man’s race as a weapon against him.

Back in the UK Dominic Cummings “instincts” seem to have overridden the needs of ordinary British families who missed going to their children’s funerals, missed saying goodbye, as loved ones died alone in hospital. This is the same way the needs of ordinary people of colour are overlooked and patronised on a daily basis, made to feel there is a double standard, that the same rules don’t apply to you – and when you challenge this – your outcries are dismissed by people who feel they are superior to you. Why do his “instincts” mean more than others? This sense of “privilege” is summed up by Orwell when he said, “we are all equal but some of us are more equal than others”.

Until you feel the invisible poisonous gas of privilege and injustice, it’s very hard to understand it. Cummings has given the British public a taste of what millions of POC like me experience everyday. 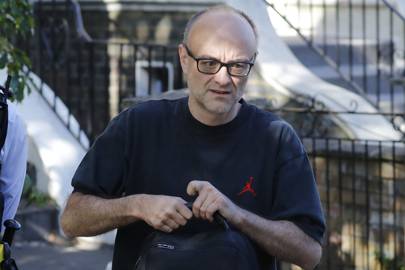 I’ve been challenged and asked by a neighbour I don’t know if I even had a resident permit to park on my street. Once, while sitting in my car, I was asked to move my “boss’s car” by a white woman as she wanted my parking space, and she couldn’t believe that my 4×4 belonged to me. I was barred from entering an event I was covering as a journalist, because my fashionable trainers were deemed “too casual”. And yet I found out that many of my white colleagues were upstairs wearing the same footwear and had been happily waved through by the staff.

I invited my white husband to another event in London and he was waved through without question when he arrived early. I, on the other hand, was stopped on arrival and given the third degree, even though it was my invitation. When I go to restaurants, waiters pretend I am invisible. When I went for a job interview once, I was asked if “I felt white” because I had been to a Russell Group University. The list goes on. It’s exhausting, unfair and, quite frankly, boring.

These micro-aggressions aren’t as extreme as what we see in America. This is in part due to medieval Magna Carta from 1215, meaning Slavery is not permitted in Great Britain. Colonialism and Empire has left a damaging and painful legacy but such brutality was always ‘over there’ in India, Africa and the Caribbean. So our society hasn’t been infected with the same ongoing violent brutality that we see from across the pond.

In the past when I have written about micro-aggressions I have been accused of playing the “race” card or labelled by people as being “oversensitive” to my ‘perceived’ slights. In the same way that people are angry over Cummings’ alleged Barnard Castle jolly on his wife’s birthday or 60 minute “eye test” road trip as he claims, this one rule for him and one rule for us has left a nasty taste in many people’s mouths. It’s a similar taste that micro-aggressions linked to my melanin levels and 4C HAIR coils leave me feeling.

In this time of upheaval what has come to the light through people sharing videos on social media is how truly diseased American society is when it comes to racism. This level of violence has always happened, it’s just now due to technology that anyone is able to capture it. As Will Smith says, “racism isn’t getting worse, it’s getting filmed”.

Jade Thirlwall on learning to clean the toilet, looking after her mental wellbeing