With lockdown 2.0 in full swing, could there have been a better gift from the TV gods this past weekend then the new season of binge-worthy The Crown?

Fans of the Netflix hit show have been eagerly awaiting the the return of the compelling drama centred around the British Royal Family and season four hasn’t disappointed. New characters, including Margaret Thatcher and Prince Andrew, have been introduced as the show enters the period of the 1980s – but none have been as eagerly anticipated as Diana, the future Princess of Wales.

And what an impact she has made, particularly with her take on 1980s Sloane Ranger style – whether it’s her beauty looks or iconic wardrobe, the late Princess’ style has become a major talking point again.

But perhaps the most talked about, alongside THE wedding dress is her engagement ring from Prince Charles. So what do we know about this iconic piece of jewellery that cemented the relationship between the future king and Lady Spencer? 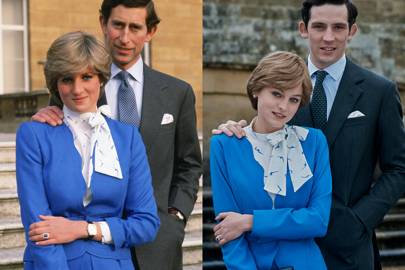 If the scenes acted out by the perfectly cast Emma Corin as Diana Spencer and Josh O’Connor as Prince Charles is anything to go by, the royal engagement was the hardly the tender moment rom coms have lead us to expect. In a call to his mother, Queen Elizabeth II, Charles scoffs at the notion that he would’ve gotten down on knee when asking for Diana’s hand in marriage- in his mind, he is after all the future king. So far, so unromantic.

Soon after we see Diana choosing her own ring, with the Queen also present and Charles seemingly disinterested, in perhaps one of the most awkward scenes of an engagement to ever be filmed. Whilst the scenes in question were written following months of research by Annie Sulzberger, The Crown’s head of research, and her team, we may never know how the actual proposal day went, but we do have all the facts on the actual ring.

Spawning countless copycat styles, Diana’s engagement ring is nothing short of iconic – and it was also quite controversial at the time. Instead of choosing a family heirloom passed down through the royal family (of which we can imagine there were many), the ring selected was a design by Garrard, the royal jeweller. However, the ring wasn’t bespoke meaning that anyone could have bought the same one at the time – rather unusual for a royal bride, never mind the future Queen.

Whilst the price of the ring at the time was only speculated on, estimates put it at £28,000 at the time of the engagement in February 1981- apparently, the price raised even Queen Elizabeth’s eyebrows. When you consider that it would equate to an eye-dropping £123 000 in today’s terms, we can understand why. 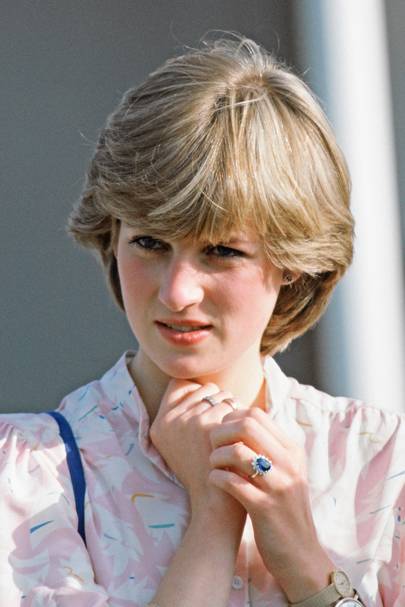 Although the coloured stone – a sapphire to be precise – might appear an unusual choice to a traditional diamond, in this respect, it was actually quite conventional for the times. High jewellery in the 1980s often included one of the traditional gemstones (sapphire, ruby and emerald) framed by clusters of diamonds. The ring chosen by 19-year-old Diana was known as the Marguerite ring, featuring a prominent main stone – a jaw dropping 12-carat oval blue Ceylon sapphire to be precise. Set in 18-karat white gold and surrounded by a cluster of 14 diamonds, it quickly became a style that women the world over wanted to emulate.

In The Crown’s reenactment of the scene, Prince Charles jokes (with a slight eye roll) that Diana has chosen the ring because it’s the most expensive, whilst she responds that it’s because the stone is the same colour as her eyes. But the real reason the ring was chosen may have a little more historical significance. In 1840, Prince Albert gifted his wife-to-be a blue sapphire brooch, surrounded by diamonds and set in gold.

This historic heirloom was passed down and eventually inherited by the Queen who frequently has worn it frequently. According to Town and Country, this is why Prince Charles, who had long admired the brooch, actually landed up choosing the show-stopping ring. 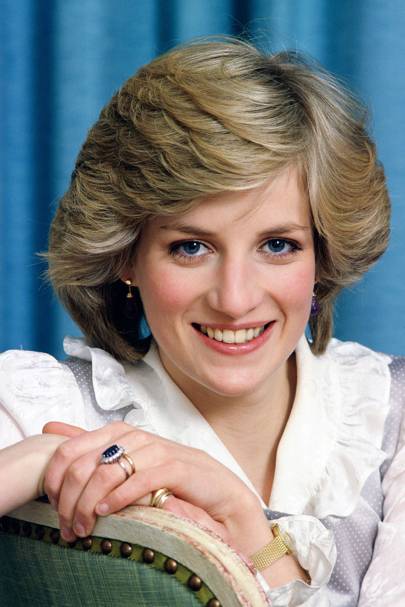 Whilst you don’t need to wait for the next season of The Crown to know how the Prince and Diana’s love story ended, it is interesting to note that this iconic symbol of their marriage stayed in her possession after their acrimonious split. In fact, Diana actually continued to wear the sapphire and diamond ring in public for many years. After her death, it was was returned to the royal family. However, it was apparently initially inherited by Harry, according to Diana’s butler, Paul Burrell. In the Amazon Prime documentary The Diana Story he claims that Harry had originally chosen the Ceylon sapphire ring, and William a Cartier Tank watch.

However, further reports suggested the brothers had an agreement that whichever brother was to be engaged first should have the ring and so they reportedly swapped jewellery pieces. Prince William ultimately landed up when presenting the ring to Kate Middleton on their engagement almost 30 years later in 2010. Talk about a priceless family heirloom.

If you happen to find yourself in the market for an engagement ring, and The Crown’s latest season has sparked an interest in a Diana style sparkler, you’ll be glad to know there are some pretty similar options for a lot less than £100 000 (future fiances around the world can breathe a collective sigh of relief).

If you’re particularly after a sapphire ring in a similar style, this ring is a pretty close dead-ringer for Diana’s as is this sapphire design. If you (or your future fiances) interpretation of the style is bit less literal, there are plenty of other coloured stone styles to choose from.

This emerald style puts an updated twist on this iconic style, or this ruby engagement ring – also a classic option – is very worthy of a yes. For a more modern bride to be, you might want to steer away from the traditional coloured stones and opt for other precious stones for the main setting. This kyanite and pearl design from Jade Jagger is a definite head turner and whilst it has echos of Diana’s classic ring, it’s very much a ring for the 21st century. This Selim Mouzannar art deco-inspired tsavorite ring is an equally glamorous contender, proving that you don’t need a £100 000 heirloom to say yes to The One.

Boot trend is set to be huge this autumn