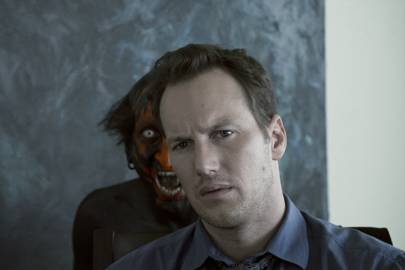 When James Wan (The Conjuring, Saw, Annabelle) directs a film, you know it’s going to be dead scary. After Josh and Renai Lambert (Patrick Wilson, Rose Byrne) move their family into an old house, their eldest son falls into a coma. But they soon realise there’s something more sinister at play, and they must rescue their son from the supernatural realm called the Further – and the creatures within it. All of the follow-up films – Insidious: Chapter 2, Insidious: Chapter 3, Insidious: The Last Key – are available to stream on Netflix, too. 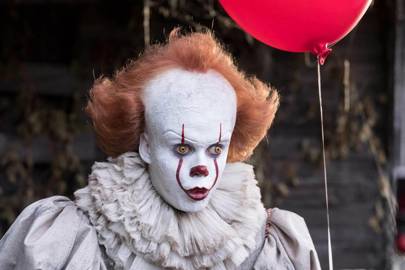 An adaption from the master of horror himself, Stephen King’s IT is set in Derry, Maine, where children are going missing. Enter the terrifying, murderous, evil clown named Pennywise (Bill Skarsgård), who forces a group of kids to face their worst fears. 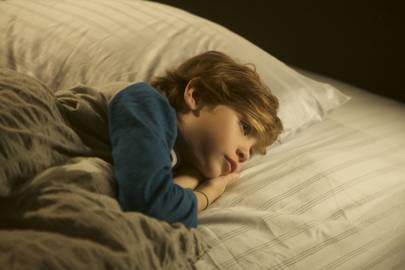 In this seriously tense supernatural thriller, Jessie (Kate Bosworth) and Mark (Thomas Jane) are mourning the loss of their son when they decide to take in sweet 8-year-old foster boy, Cody (Jacob Tremblay). But they soon discover he has a strange – and dangerous – ability. 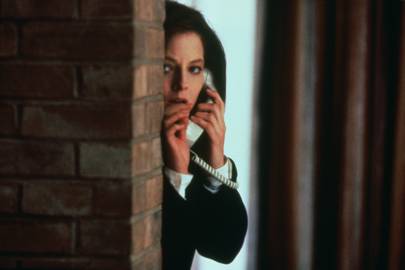 One of the most iconic scary movies ever made, The Silence of the Lambs picked up five Academy Awards at the 1991 Oscars. Clarice Starling (Jodie Foster) is part of the FBI’s training academy investigating a serial killer nicknamed Buffalo Bill. Clarice ventures into a maximum-security mental asylum to interview Dr. Hannibal Lecter (Anthony Hopkins) – a psychiatrist serving life behind bars for murder and cannibalism – in the hope he can shine some light on the case. The Silence of the Lambs bridges the gap between sharp psychological thriller and bloody, murderous, hide-behind-your-hands horror, and still manages to make us jump no matter how many times we’ve seen it. Hopkins returns to his role as Dr. Lecter in follow-up films Hannibal (2001) and Red Dragon (2002), also both on Netflix. 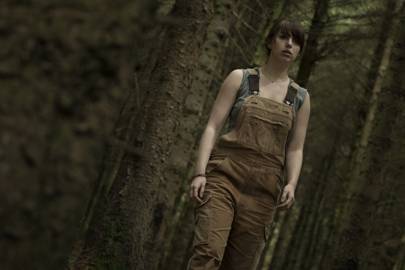 A chilling supernatural Irish horror flick which sees single mum Sarah and her young son Chris move to the countryside, near a forest in which lies an enormous sinkhole. One night, Chris goes missing, but soon reappears seemingly unharmed. But when his behaviour becomes increasingly disturbing, Sarah begins to fear that the boy who returned from the woods may not be Chris at all. 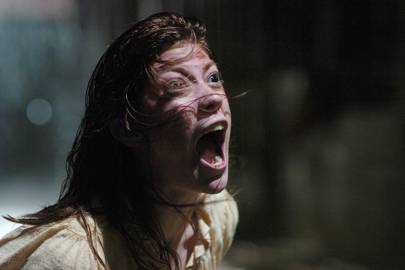 If it’s a spooky satanic story you’re after, look no further than The Exorcism of Emily Rose. A lawyer takes on a negligent homicide case involving a priest who performed an exorcism on a young girl, resulting in her death. 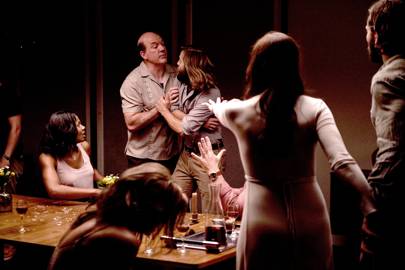 A tension-building psychological thriller that sees a man invited to a dinner party by his ex-wife and her new partner. He turns up with his girlfriend, but paranoia begins to mount when suspicious guests and strange behaviour points to a hidden agenda. Moral of the story: don’t go to dinner parties with your ex. 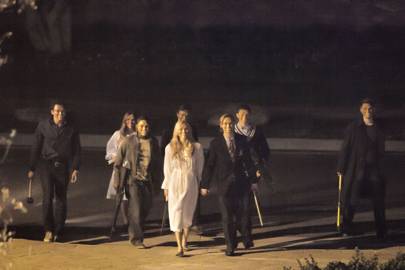 The premise of The Purge alone was enough to scare wits out of the world when it was released in 2013 – all crime, including murder, is legal for a 12-hour window once a year. James Sandin (Ethan Hawke) tries to keep his family safe by bolting down the doors and windows, but when a murderous mob find out that they’re harbouring one of their human targets, they’ll do anything to get him back. The sequel, The Purge: Anarchy, is also on Netflix. 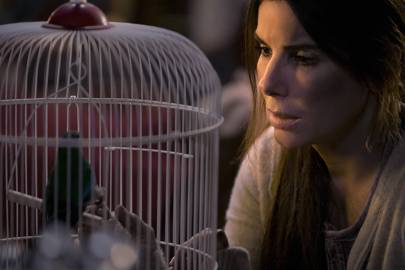 Based on Josh Malerman’s 2014 book of the same name, Bird Box was an instant hit when it landed on Netflix in December 2018 – it saw close to 50 million viewers within seven days of its release. It follows Malorie (Sandra Bullock) and her two children, struggling to survive in a post-apocalyptic world where a mysterious force is slaughtering the human race. The only thing they know for sure? If you see it, it will kill you. 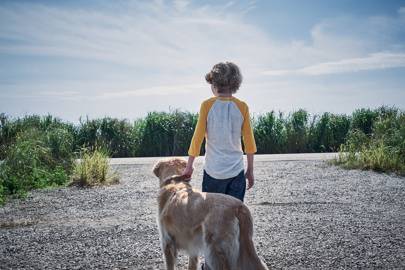 Based on the Stephen King and Joe Hill novella, In The Tall Grass follows pregnant woman Becky and her brother Cal who hear the cries of a young boy lost within a field of tall grass and venture in to rescue him. They soon become separated and disoriented by something sinister lurking in the grass, as they desperately try to find a way out. 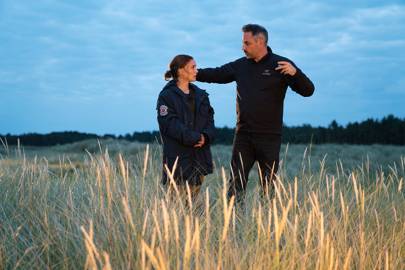 Based on Jeff VanderMeer’s best-selling Southern Reach Trilogy, Annihilation stars Natalie Portman as Lena, a biologist and former soldier, who joins a secret and dangerous mission into Area X – a mysterious zone where the laws of nature don’t apply – in a desperate attempt to find out what happened to her husband. A very smart psychological sci-fi film with a big ending that does way more than it says on the tin. 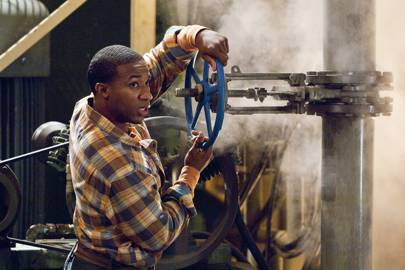 If it’s good old fashioned gore you’re after, the Final Destination franchise has got you covered. After one man’s premonition saves a group of coworkers from an unstable suspension bridge collapse, Death sets out to claim their lives. 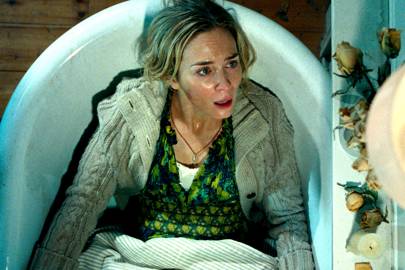 With Emily Blunt and John Krasinski, this edge-of-your-seat dystopian thriller follows a family living in their adapted bunker, where shadow-lurking monsters hunt humans by sound. With Evelyn (Blunt) heavily pregnant, can she and her husband Lee (Krasinksi) keep their children safe? A Quiet Place 2 came out in cinemas on March 20th. 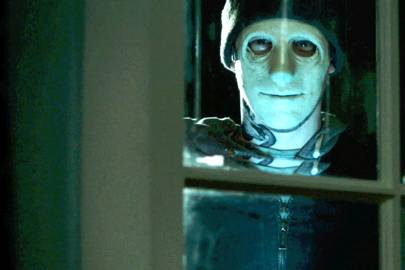 If home invasions are what creep you the f**k out (did Panic Room traumatise anyone else as a kid?), then may we introduce you to Hush. A deaf and mute writer, Maddie (Kate Siegel), moves into a secluded house in the woods, where she finds herself being hunted down by a masked killer. With no one around for miles and no way to call for help, Maddie must do everything she can to stay alive. This is one seriously heart-pounding flick. 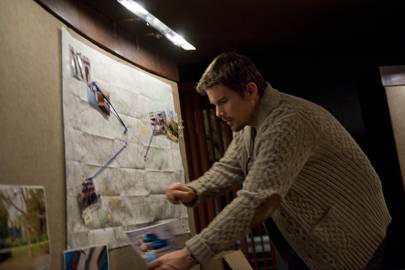 Ethan Hawke plays washed up true crime novelist Ellison, who is desperate for another bestseller. When he moves to a new town to investigate an unsolved missing person case, he discovers a box of videotapes depicting a number of brutal murders – in the attic of the rented house he and his family just moved into. A classic-style horror full of twists and turns that will have you hiding behind the sofa. 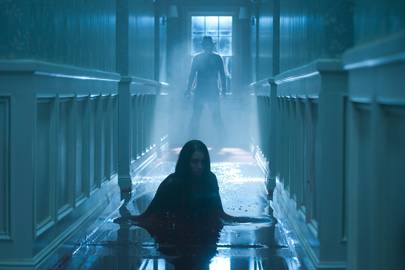 We have to say, and as is often the case, the 1984 is better and scarier. But still, Oscar-nominee Jack Earle Haley as Freddy Krueger – who uses his razor-gloved hand to murder his victims in their sleep, as well as reality – is truly the stuff nightmares are made of (sorry).

Baby, Baby, Baby, OH, Wanna Know How Much Justin Bieber Is Worth? Hint: It’s a Ton