For me, as someone who usually waxes lyrical about the joys of being single, I’ve begun to question whether I truly love being independent or whether it’s a mindset I’ve created for myself on account of being used to it. And, having spent the last six months happily not dating, I’ve begun to wonder why I have been so dead set on going it alone. Am I really happy, or do I just hate the effort that goes into meeting people? Have I let myself become, for want of a better phrase, ‘stuck in my ways.’

Ever since I moved out of home when I was 16, living alone was always the dream. And last year, fifteen years and 18 house shares later I finally achieved it. But, over the last couple of weeks of self-isolation I’ve begun to question whether long term it’s really what I want, because while I’m eternally grateful to have a safe roof over my head, by being confined to it at a time of national crisis, I’ve begun to swing from loving life living alone, to feeling lonely.

It’s a weird thing to talk about. While we – rightfully so – focus a lot of attention on the impact that isolation can have on older generations – it can often feel taboo to admit for younger people. This is despite the fact that a survey conducted last year suggested that as many as 30% of millennials feel lonely, while 27% say they don’t have any close friends.

That’s not to say that I still think there is anything wrong with being single – or that you can’t be absolutely as happy without a partner as you can with one – but more so that it’s bought into laser sharp focus the benefits of sharing your life with someone. When times get as tough as they are now, it really is the people that we love – and who love us – who matter the most. As a single person living alone, whether it’s deliberate or not, you can quite often end up at the bottom of people’s priority lists.

Of course, feelings and sensitivities are heightened as we try to navigate a world which is barely recognisable to the one we knew even a month ago. A world where we don’t currently know when we will be able to see our loved ones again or return to some sort of ‘normality.’. A world in which FOMO has transferred from being worried about whether you’re going to miss Glastonbury, to whether anyone is going to call you today. And where seeing endless screenshots of people virtually hanging out can make you feel like you’re the only one without a big gang, or a partner, to sweep you up.

This is something 33-year-old Rose*, who lives alone in London, has been struggling with, “Apps like HouseParty have quickly gone from feeling like a good thing, to it feeling like people are too busy to fit you in. They’ll say, ‘Oh, I have a virtual pub quiz on Friday, or a virtual rave on Saturday.’ It’s competitive popularity – even in isolation – and it can be hard.” She explains, “It can feel sometimes like you’re keeping people from other things and I don’t think people understand that even though I’m single, I’m not used to spending this much time on my own.”

And Amy*, 29, who lives in Bristol, says that she feels self-isolation is compounding the pressures she already feels around her single status. “You know you can’t date anyone now and in some ways it feels like the least important thing in the world, but in others, the pressure to meet someone is still there. You end up feeling like the clock is ticking and there’s nothing you can do to control it.”

So what can we do about these feelings? Rebecca Lockwood, an NLP master coach, who has – in the face of the crisis – set up an online Mindset Support Group for those struggling with anxiety, explains that it’s extremely normal to feel worried right now.

“People are feeling uneasy, anxious and worried. Naturally, with the current circumstances being so strange and unsettling. There is a wave spreading the world and people are unsure about what to expect and what to do for the best,” she explains. When it comes to being single she suggests the best thing to do is to try and take matters into your own hands. “Set up a regular call or check in with your loved ones and friends. Arrange video calls with those around you and know that you are not alone,’ she says, ‘Don’t wait for people to ring you, be proactive and arrange these calls yourself. Often we can fall into the trap of feeling like no one cares because they may not have got in touch.”

“Something to be mindful of is that it isn’t that people don’t care, it is that they are busy and getting on with their own business probably also feeling lonely and in need of support right now. Be the one to reach out and proactively find the support you know you need.”

In creating her group, Rebecca hopes to allow people the space to talk about feelings that they might not otherwise share. “It’s not a place to complain or be negative, but it is a place to get support and to be able to speak openly about your worries and find practical advice and tips to use in a stressful time. Often people who don’t know how to speak to people about anxieties and people worrying say things like ‘oh, it will all be ok.’ What we need right now is to actually have a space to openly talk about what we are feeling and thinking.”

There are times though when the feelings of loneliness and anxiety will be something more serious, especially in the case of those struggling with their mental health and when a phone call or chat might not be enough.

Tragically this week a 19-year-old woman named Emily Owen took her own life after reportedly becoming fearful of the mental health impact of isolation and being alone. If you are finding that self-isolation is impacting your mental health in a way that is increasingly difficult for you to deal with, contact the Samaritans on 116 123, or visit their website or Mind charity to find out more ways to feel supported. 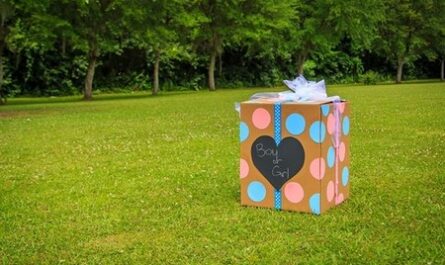