The 1980s were revolutionary times for creative fields. For scholar Glenn Adamson, who cites the decade as “the best of times” for many genres of art, the advent of MTVs music videos and the height of graffiti are on par with an often overlooked creative field having a moment of its own – studio ceramics.

On Wednesday, Phillips New York will pay homage to several ceramics legends from the ’80s when it offers the Westminster Collection as part of its design sale. Nearly 30 pieces by Lucie Rie, Hans Coper, and others come from the collection of the former owner of Boston’s noted Westminster Gallery – the destination for studio ceramics of the era.

More ceramics from the Westminster Collection at Phillips.

“The Westminster gallery operated in Boston between 1980 and 1987, and it sold all British craft – textiles, ceramics, woodworking, and glass,” explains Meagan Roddy, senior vice president and senior international specialist at Phillips.

“The owner has held onto the pieces since he closed his gallery in ’87, and they’ve been in his private collection since.” Coming, essentially, directly from this gallery means that the works have great provenance; most were acquired directly from the artist and have not been on the market in over 30 years. The ceramics run the gamut in terms of color and style – bubbly vases in cotton-candy glazes, angular works wearing splashes of paint, mirrored black pieces by Rie – but are unified by their quality. 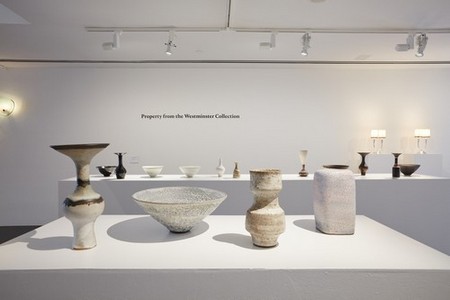 Phillips has a proven market for ceramic works, and the auction house is known to integrate ceramics into its design sales. Remember that major Peter Volkous that realized $915,000, an auction record, last December? “We are very confident in the market,” adds Roddy.

Some of these ceramic artists are making their Phillips debut, including Eileen Nisbet, Nicholas Homoky, Alison Britton, Jacqueline Poncelet, and Judy Trim. “A lot of them are ripe for rediscovery,” says Roddy. “Some have been overlooked, and haven’t had the same market exposure that they had in England.”

Roddy is particularly excited about lot 72, two pieces by Nisbet. “These are two pieces from her Aeroplane series where she gets really into assemblage,” Roddy says. “She moved into porcelain in the ’70s, and that was a new material for her. .. she focused less on vessels and more plein air forms. In my mind they’re almost like mini Frank Stellas.” Another standout is lot 73, a petite vase and double teapot (the size of a fist) by Homoky.

While the disc-shaped top of the vase channels Hans Coper, the pieces both reflect a surprising postmodernism – neither of the teapot forms have a functioning spout. Alison Britton and Jacqueline Poncelet, who each have one work in the collection, were known as the rising stars of British ceramics in the 1980s (Britton had a retrospective at the V&A in 2016).

Roddy adds, “It’s such a great collection to really sink your teeth into.” 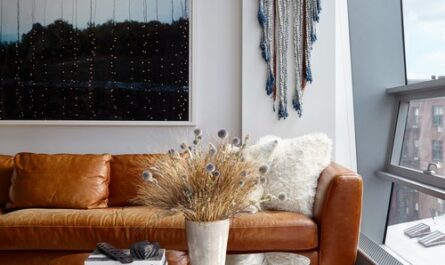 The 5 Clever Home Tours You Loved the Most This July 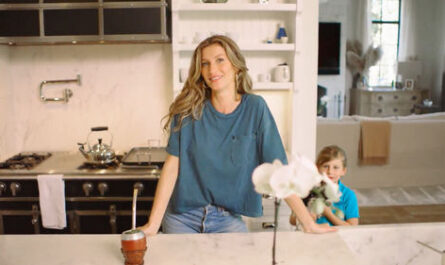 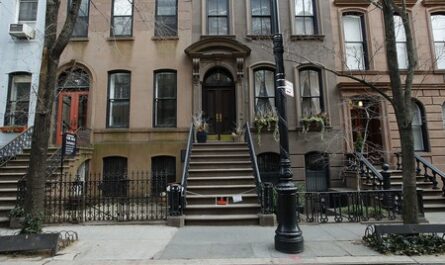